2,000 Flights Were Cancelled Since Christmas Eve Due To Staff Shortages

The energy complex is drifting lower so far this morning in what looks to be a quiet week for futures trading. Stranded between two holidays, this week’s price action will likely be inconsequential as attention has already shifted to next week’s OPEC+ meeting where Cartel’n’Friends will decide if they’ll go ahead with a 400 thousand barrel per day production increase in February. The American crude oil benchmark leads the way lower this morning, shaving nearly 80 cents off the prompt month contract, while gas and diesel trail behind with ~1 ½ cent losses.

It was a rough weekend for airlines: over 2,000 flights were cancelled since Christmas Eve due to staff shortages. The mild-but-contagious Omicron variant drove the increase in air travel workers calling in sick. While only 50 flights scheduled for today have been cancelled, there are no clear indications when air travel will return to ‘normal’, whatever that is.

Baker Hughes reported an addition of seven oil rigs last week, bringing the total active production platforms in the US to 586. Last year’s recovery rally in oil prices continue to drive decision making when it comes to flipping the ‘on’ switch: 9 out of the last 10 weeks have seen a net increase in operating production sites.

The Commitment of Traders report is delayed due to last week’s holiday and will be released today at 2:30 pm CST.

ExxonMobil reported an explosion and resulting fire at its 584mbd Baytown refinery early Thursday morning. Gulf coast gasoline basis values drifted higher (in a muted fashion) once it was discovered that the unit affected by the accident processes gasoline components. Four workers were injured. 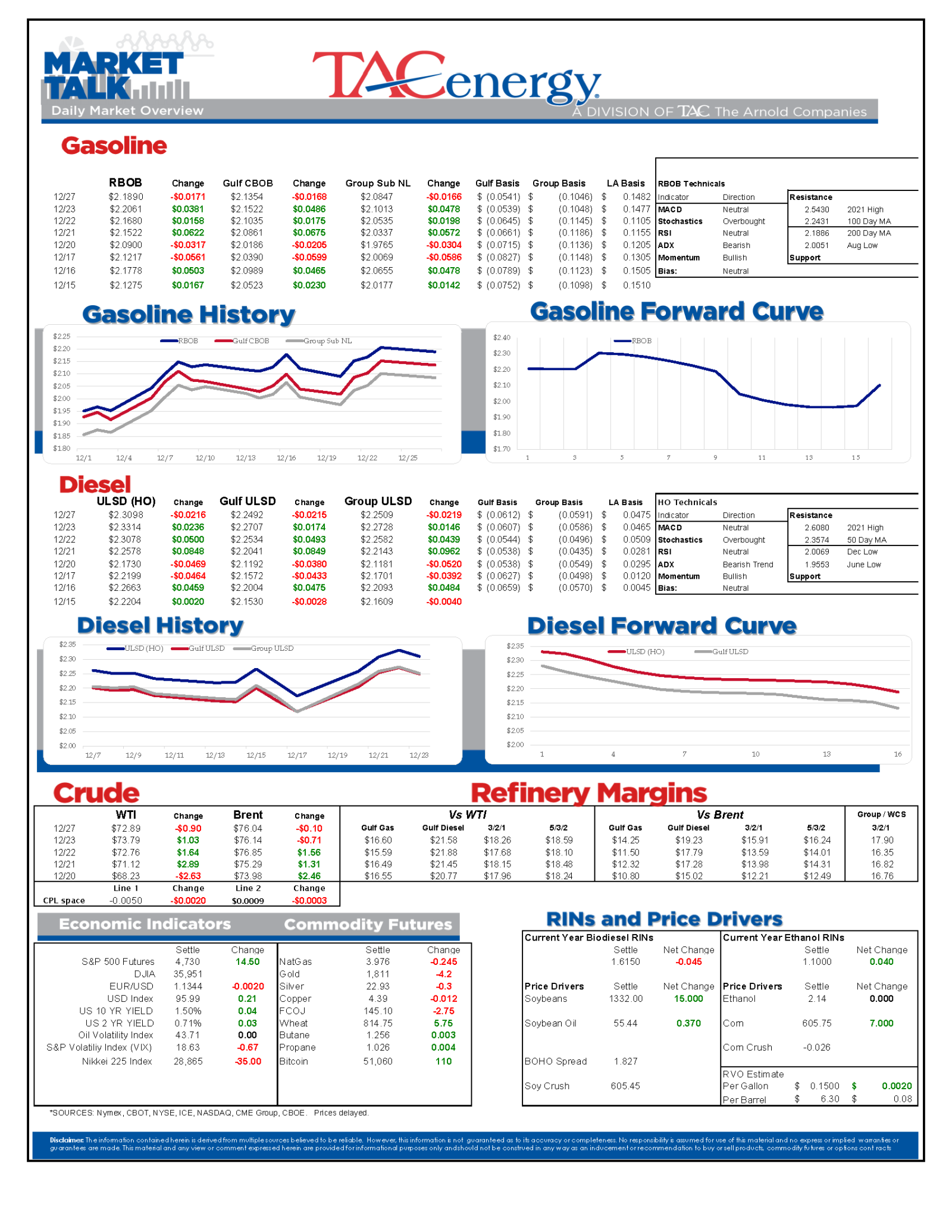 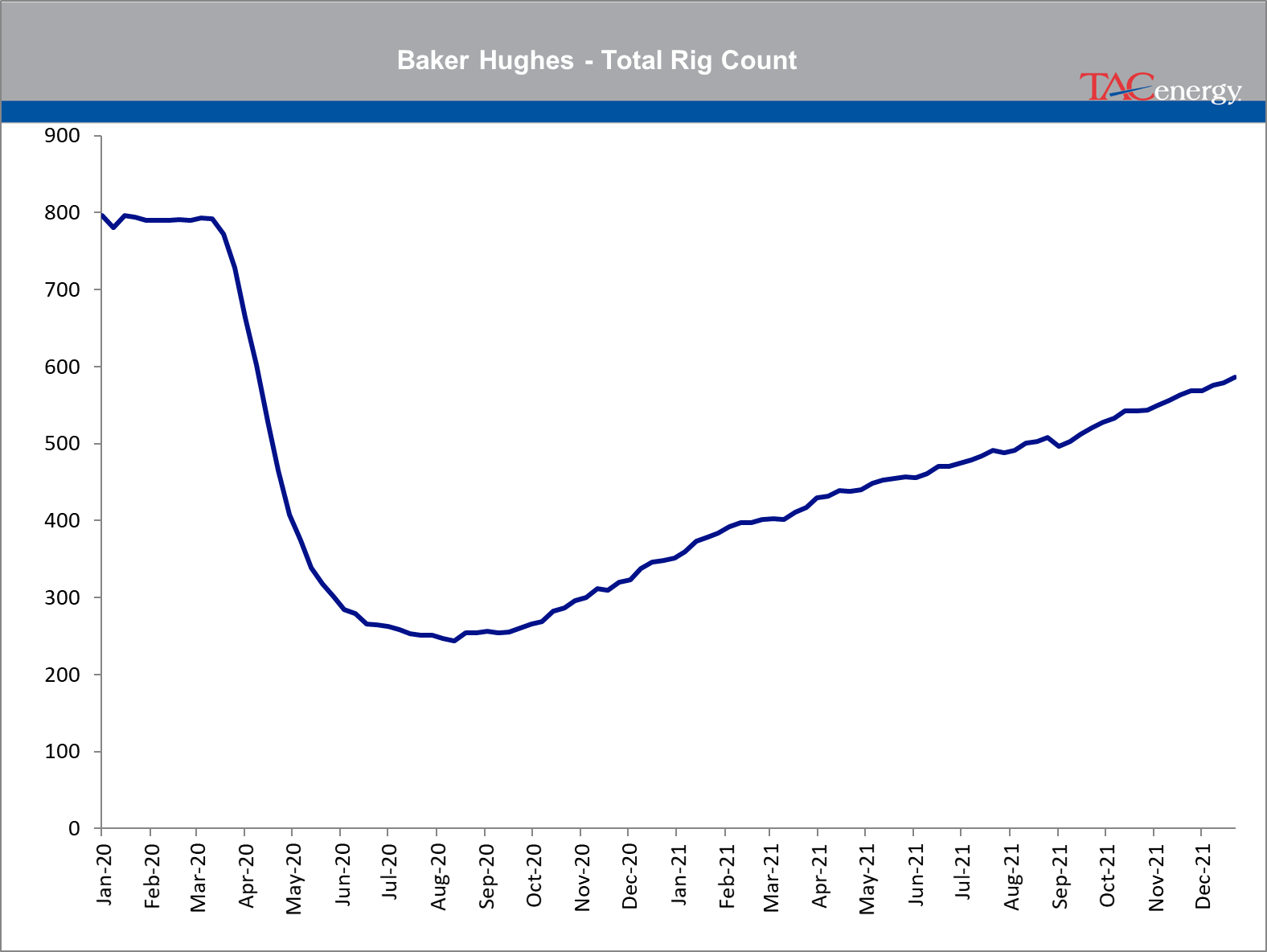