A Pivotal Week On The Charts

Energy prices faced their biggest selloff since the first trading day of January overnight as rising COVID case counts in China and spreading lockdowns across Europe appear to be hitting demand, dampening the bullish enthusiasm that’s gripped the market since early November. This next week looks like it will be pivotal on the charts, as we’re seeing a rounding top for most of the petroleum contracts that have not yet broken below the bullish trend lines. If prices can manage to recover today, there’s still a case to be made that the bulls are in control. If they dip much further, the charts will favor another 10 cents of downside for products in short order.

The charts below show the dramatic change in the forward curves for oil and diesel prices over the past month as the price rally has pushed prices into backwardation. That change could be a double-edged sword for flat prices, as it takes the storage buyers out of the market, which also helps to encourage reductions in inventory levels. That strength in the curve also seems contradictory to the demand patterns playing out across Europe, Asia and the U.S., as new lockdown measures are hampering demand all over. The Saudi’s decision to cut one million barrels/day of oil production was enough to override that demand drop in January, but it’s looking like something else will be necessary to prevent a larger selloff now.

The DOE’s weekly inventory report is due out at 11 a.m. Eastern today, after the rare two-day delay this week caused by the inauguration. In normal years, we expect to see demand increasing sharply in the back-half of January as the country shakes off the holiday hangover effect and gets back to work. This year it seems like that bounce may have to wait until the vaccine rollout starts outpacing the impacts of lockdowns.

Oddly enough, California’s energy commission didn’t take Wednesday off like the DOE did, and reported that the state’s production of gasoline and diesel plummeted to multi-month lows (see charts below). The sharp decrease in refinery output appears to be in response to swelling inventory levels over the previous two weeks as the demand has dropped sharply due to the ongoing COVID fallout.

More bad news from refiners: Irving Oil announced another layoff, this time for 60 employees at its St. John refinery, a major fuel supplier to the U.S. East Coast, due to “the collapse in demand for motor fuels.” Meanwhile, nearly 200 union workers at the Marathon refinery in St. Paul Park, MN walked off the job last night, apparently waiting for the coldest time of the year to start picketing. The refinery is reportedly continuing operations as normal, and even if it wasn’t, given its location and size isn’t likely to create much of an impact on either the Group 3 or Chicago basis markets this time of year.

The RIN market continues to rally, even as grain prices have pulled back this week, as last minute moves by the outgoing EPA administration regarding small refinery waivers, and emissions permitting, were postponed by federal court rulings, which should allow enough time for the new administration to nullify them. 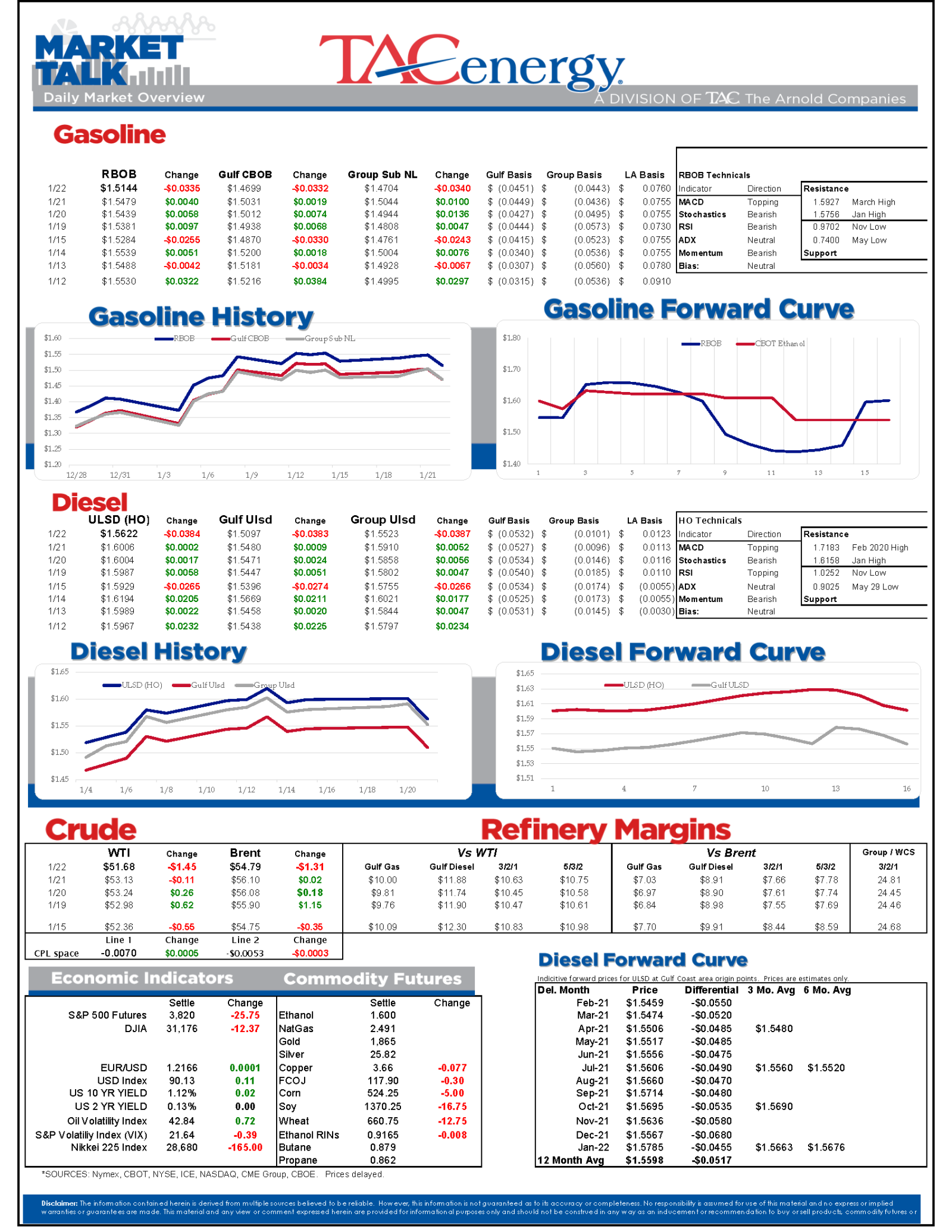 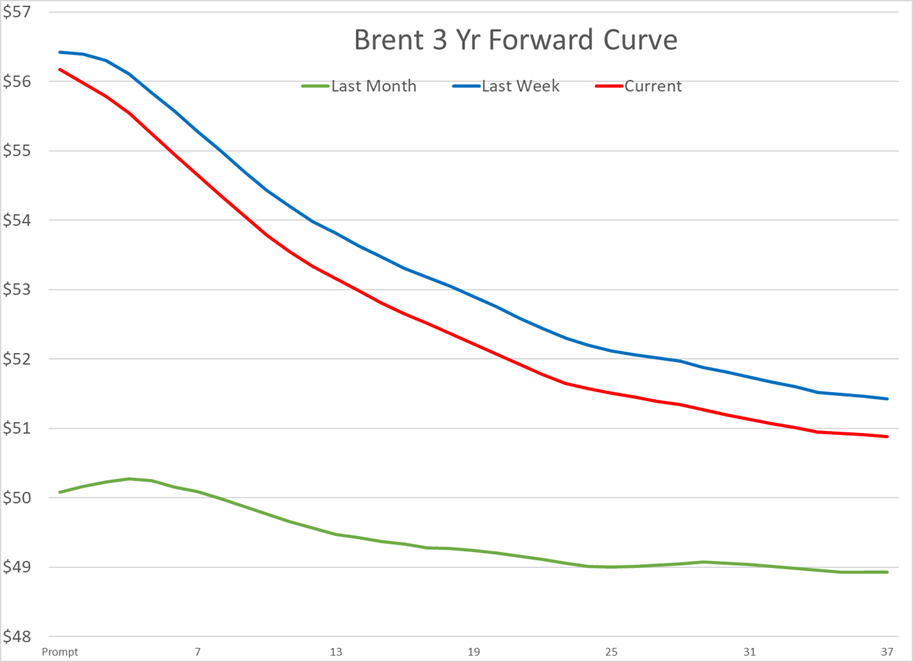 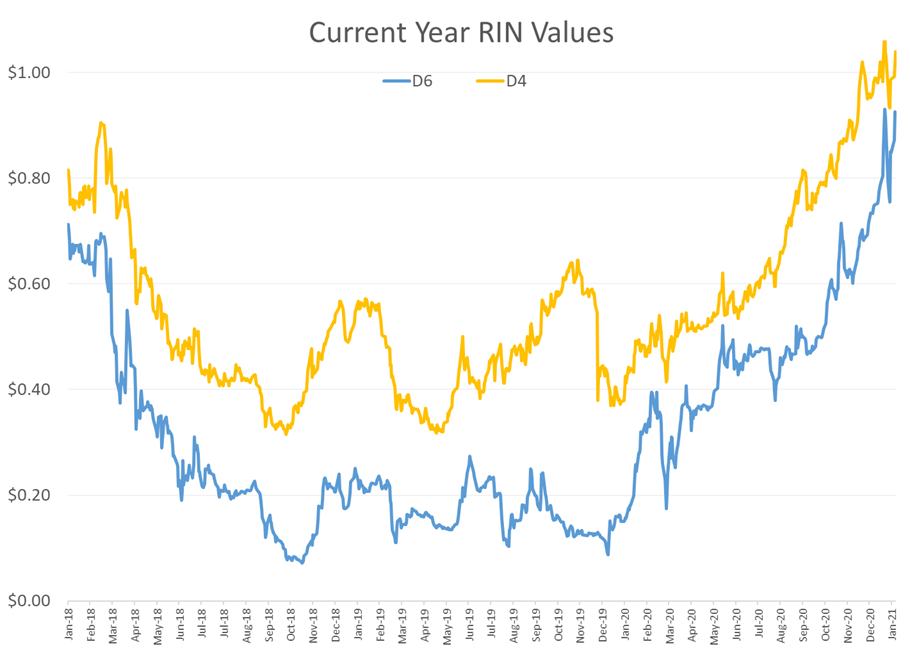