Biggest 1-Day Selloff Of The Year

Oil and refined products had their biggest 1-day selloff of the year so far Thursday as fear over demand slowing both domestically and globally seemed to put supply concerns from the Middle East on the back burner. The sell-off has daily, weekly and monthly charts all favoring lower prices, even with a modest recovery rally underway this morning. Unless there is a dramatic rally next week, it looks like oil prices will have their first monthly loss of the year, with charts favoring a test of $54 for WTI and $65 for Brent over the coming weeks, with another 10-15 cents of downside for refined products.

A WSJ article this morning points out how remarkable it is that we’ve had attacks on ships near the strait of Hormuz, the largest oil pipeline in Saudi Arabia, Iran and Venezuelan production is collapsing and Russia’s exports have dropped due to contamination issues, and yet prices are still falling to multi-month lows.

We will get to see the latest Commitment of Traders reports this afternoon, but that data is compiled as of Tuesday’s close of business, so we won’t get a chance to see if Thursday’s sell-off was driven by money managers heading for the exits until next Friday’s report.

Lost in the 8 cent futures losses, Midwest gasoline differentials spiked by about a nickel in both the Group 3 and Chicago hubs after HollyFrontier shut its Tulsa refinery due to expected flooding, and a segment of a Chicago-area pipeline was forced to shut for repairs.

An EIA note takes a look at gasoline prices leading up to Memorial day, which is the unofficial start of driving season in the US. The agency is predicting that retail prices will continue climbing over the next few months, which means this piece was probably written before this week’s heavy selling. That prediction also seems to contradict the chart below that shows retail gasoline prices often peak for the year right around this time.

NOAA’s 2019 Atlantic hurricane forecast gives a 40% chance of a “near normal” season, a 30% chance of an above normal season, and a 30% chance it will be below normal. That seems like a uniquely scientific way of saying they have no idea what’s going to happen. 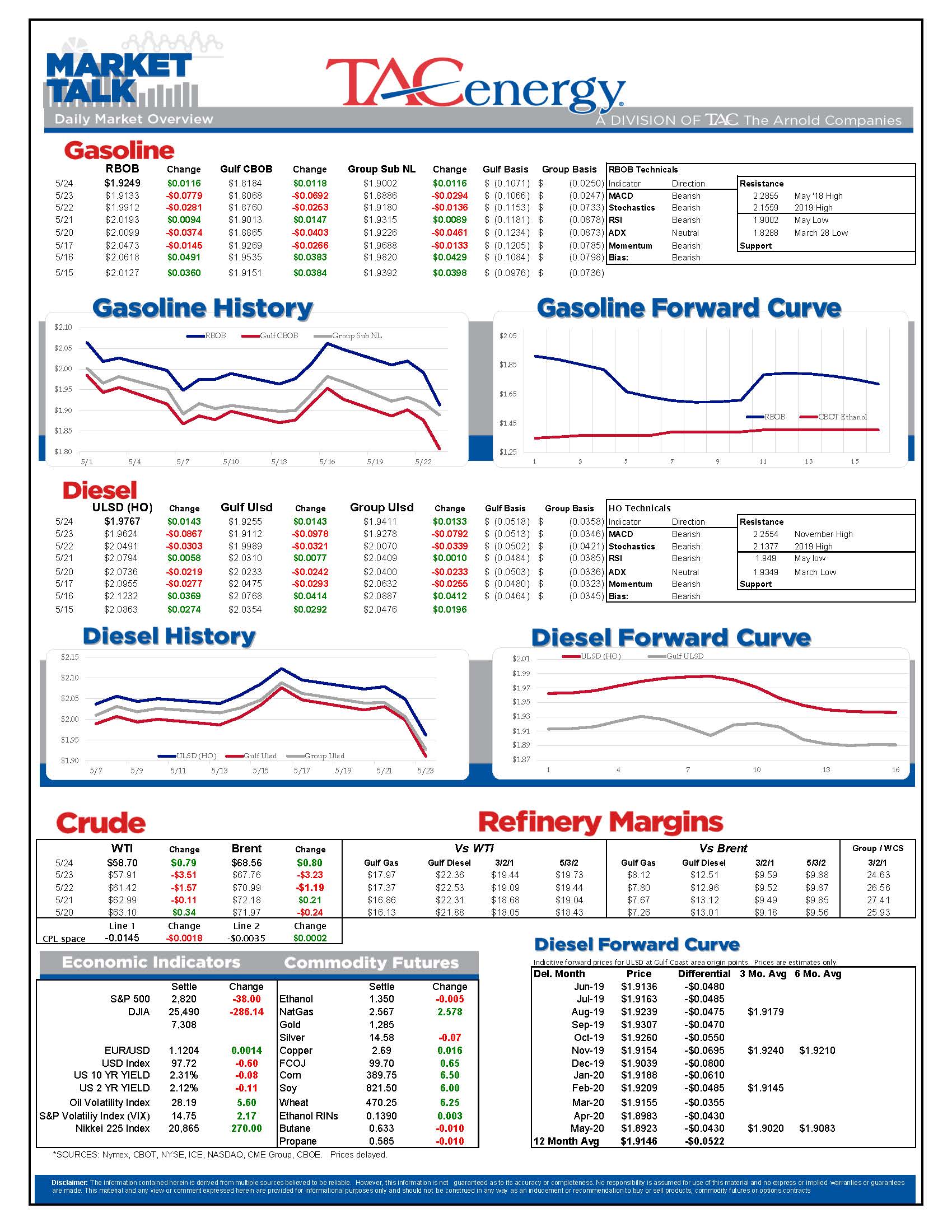 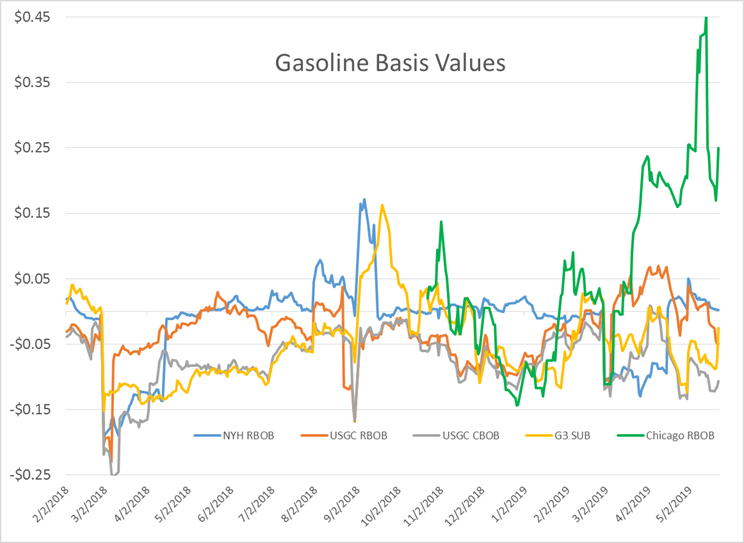 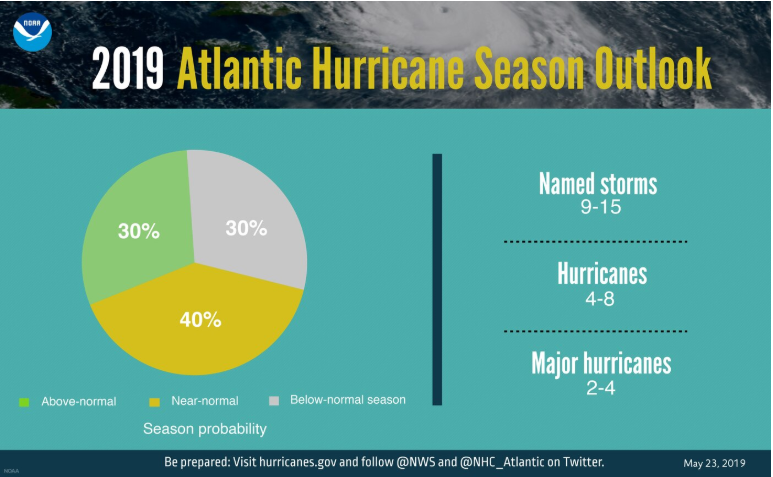