Brewing Storms, Both Literal And Figurative Are Stirring Up Energy Markets For A 4th Straight Day

Brewing storms, both literal and figurative are stirring up energy markets for a 4th straight day, sending refined products and WTI to yet another round of 7 year highs this morning.

A powerful winter storm is heading for the east coast, and the “Bomb Cyclone” warnings have sparked a round of panic buying that we haven’t witness since the dreaded Polar Vortex of 2014, which was (coincidentally?) the last time fuel prices were this high. Why gasoline prices are joining the run up this morning when so millions of cars will be unable to drive for days is always a bit of a mystery, but once the snowball effect of buying in energy markets gets rolling, all bets are off.

Speaking of which, the February Heating Oil contract – which expires Monday – is breaking free from the pack of surging energy prices, trading 9 cents higher than the March contract this morning north of $2.86, a gain of 26 cents since last Friday. With less than 2 days until expiration, don’t be surprised to see some even more volatile swings in that contract, and a spike to $3 in the next two sessions is a real possibility.

Meanwhile, the figurative storm brewing around the Ukraine continues, with more signs of escalation keeping markets on edge. The US is working with energy producers to come up with backup plans to supply Europe with supplemental fuel should Russia continue to use its Natural Gas and Oil exports as its most powerful weapon in this war.

Help is on the way? A big story over the past several months was the expectation that OPEC and other producers would regain the upper hand and global oil supplies would begin building again after an 18 month decline. So far that hasn’t proved true as various disruptions and supply chain bottlenecks have limited output. The EIA this morning published a note doubling down on the theory that OPEC’s production will have its largest increase in nearly 20 years despite the headwinds in Libya and elsewhere, which may eventually help prices to collapse back to more comfortable levels. The big question in the meantime is how high will they spike until the supply reinforcements arrive later in the year.

While the world anxiously awaits a solution to the lack of adequate petroleum supplies in 2022, the even slower supply race for a lower carbon energy solution continues with plenty of new ideas hitting the market daily, but little if anything that will change the outlook soon. Yesterday we saw word from Valero that Sustainable Aviation Fuels were still not economically viable, particularly given the competition for renewable feedstocks, and a report that Marathon was considering buying the idled P66 refinery in LA to convert it to renewable production, which will continue to add pressure on the feedstock market if it actually happens. 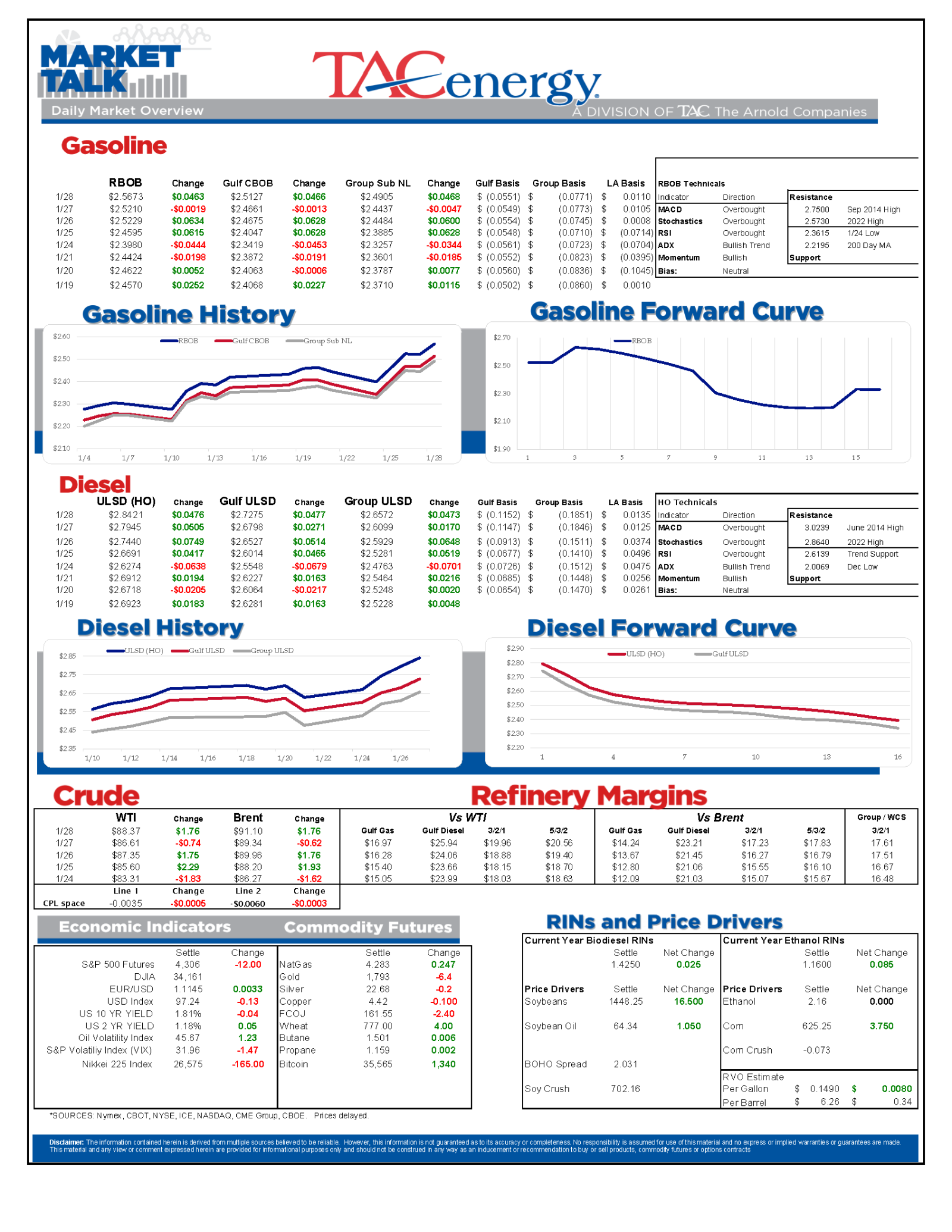 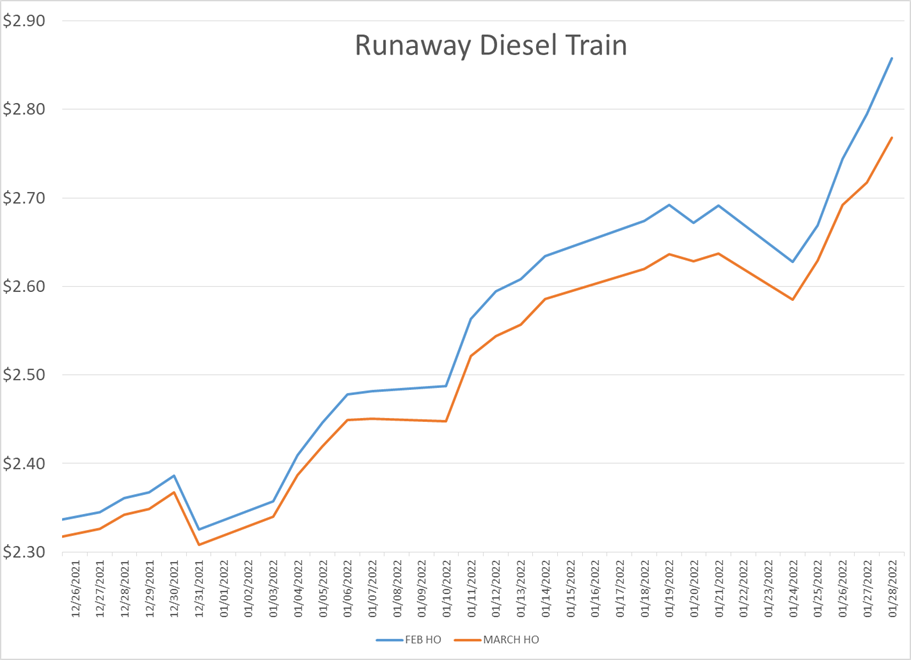