Just as oil prices found themselves on the cusp of a technical breakdown after 2 days of heavy selling, buyers stepped in to keep prices within their trading range. Middle east tensions are getting credit in the headlines for the modest Wednesday bounce, while some bearish inventory data seems to be keeping the recovery rally from picking up too much steam.

Iran is dealing with widespread and violent protests after the government raised domestic fuel prices and announced a fuel rationing program. In addition, the US sent a carrier group through the strait of Hormuz Tuesday, adding to the regional tension that some feel will hit a boiling point in the not-too-distant future.

The API was said to show a build of just under 6 million barrels in US crude oil inventories last week, along with a 3.3 million barrel increase in gasoline stocks. Distillate inventories declined by 2.2 million barrels, which helps explain the early relative strength in ULSD futures. The DOE’s weekly status report is due out at its regular time this morning.

The return to earth for California’s wholesale gasoline prices is nearly complete after a wild fall season. LA spot CARBOB basis diffs are still around 8-10 cents over RBOB futures, but are a far cry from the 60+ cent premiums just 2 weeks ago, or the dollar plus premiums from September. While the basis collapse should bring welcome news for consumers, there have been more reports of refinery issues this week that could keep the regional volatility elevated into the winter.

The early selling to start the week put both WTI and Brent futures on the cusp of breaking their 7-week upward trend, which suggests we could see another 5-7% more downside near term if that support breaks in the next few days. If that support holds however, it looks like we’re due for another test of the top end of the range next week.

A technical breakdown would be more bad news for US shale oil producers, already struggling through an extended slump. This downturn is having ripple effects across other sectors from sand production to machine manufacturing. 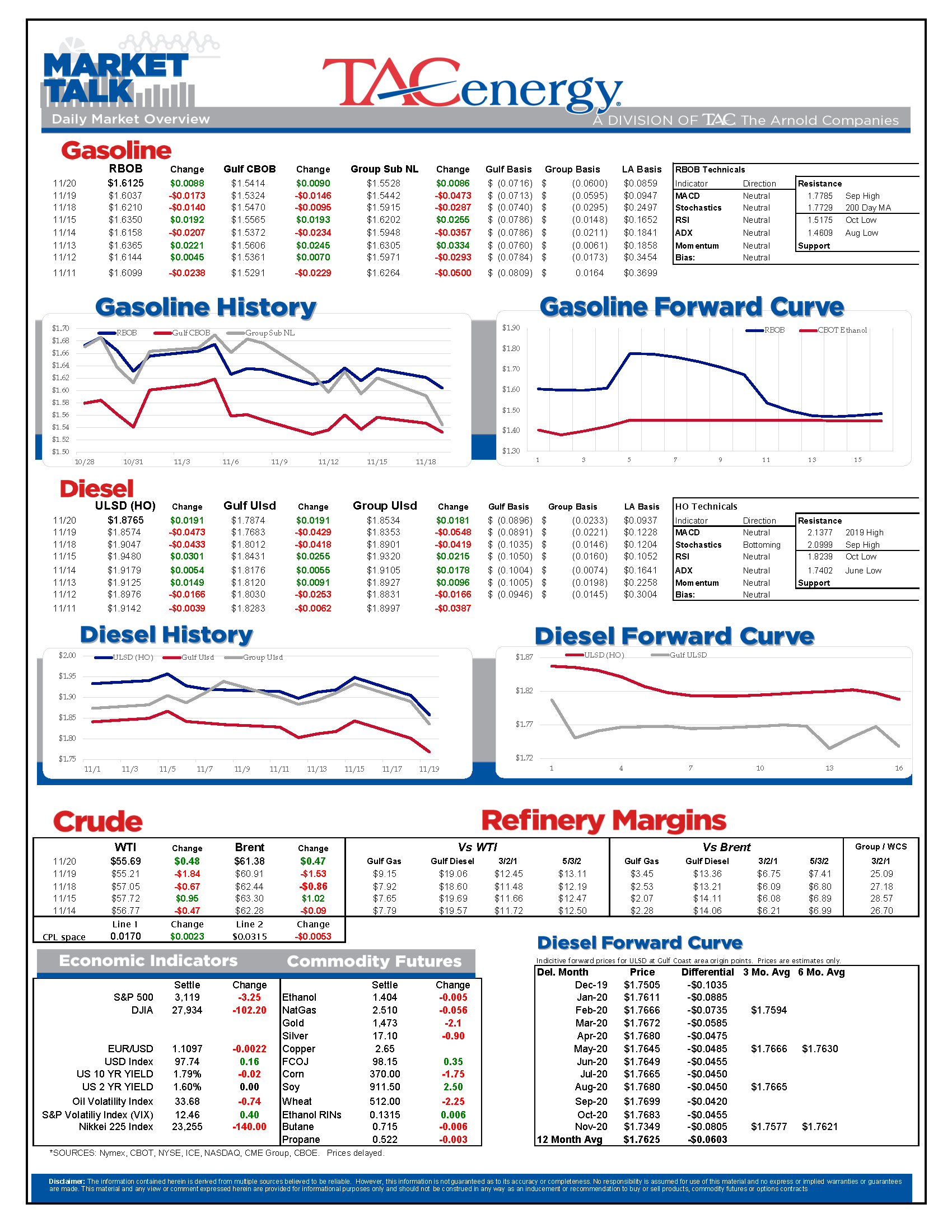 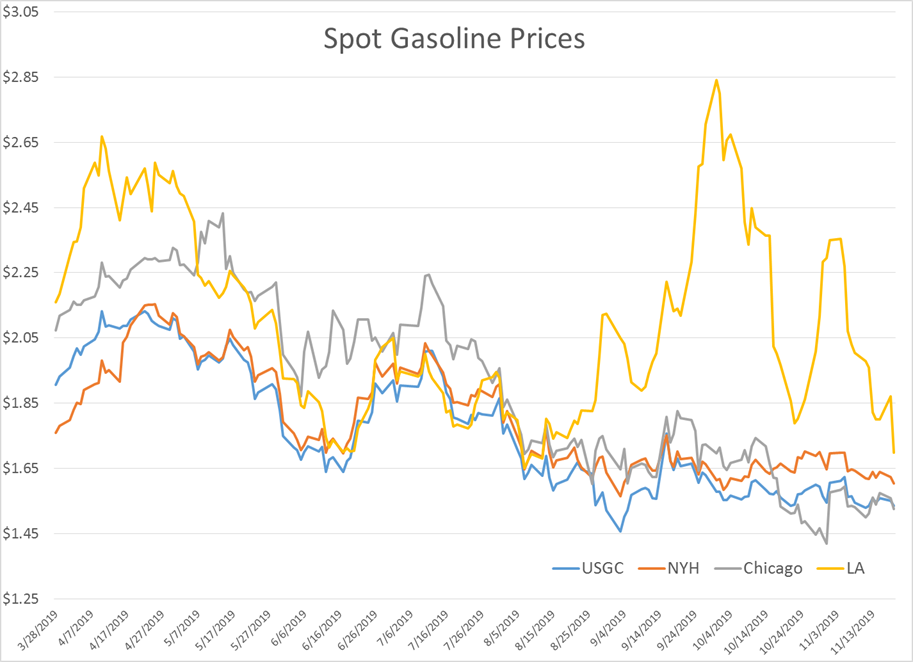