September gasoline futures are up more than a nickel this morning, but most other contracts are lagging far behind as damage assessments begin after what could end up being the strongest hurricane ever recorded to hit Louisiana over the weekend. So far the market reaction suggests that traders acknowledge this was a huge, dangerous Hurricane but they don’t believe it will have a long-lasting impact on supply.

The storm was worse than most forecasts going home Friday, reaching category 4 strength, and staying that way for more than 6 hours after making landfall Sunday afternoon. It will take a couple of days at least to assess damage and figure out what disruptions there may be to the supply network beyond the normal precautionary shutdowns and vessel delays.

Essentially all oil production in the Gulf of Mexico was shut down ahead of the storm, and so far this morning it looks like more than 2 million barrels/day of refinery capacity (just over 10% of the country’s total) has been shut down at least temporarily. Colonial pipeline shut its main lines 1 & 2 as a precaution while the storm passed, while the rest of its lines operate normally. Since none of Colonial’s origin points were directly in the path of the storm, it seems unlikely that the main lines will be down for long.

Now that Ida is passing the refineries, it’s also worth considering the impact this storm could have demand as it’s expected to bring heavy rains to a huge part of the country as it makes its way north and east this week. Assuming Colonial comes back online later today, and none of the refineries sustained major damage, we could see a heavy selloff in prices as we being September trading.

Unfortunately Ida may not be the last of the storm activity for a while. The National Hurricane center is tracking 3 new potential systems in the Atlantic, 2 of which are given high odds of developing.

In non-hurricane news, US Equities pushed to new record highs Friday after the FED chair calmed the nerves of investors worried that interest rates may be raised anytime soon. The message seemed to be that yes, the asset purchases (aka money printing) will start to end this year, but interest rates aren’t going up for a while.

Money managers continue to seem to have a hard time pegging petroleum futures, reducing net length across the board as of last Tuesday, and missing out on most of the big rally.  RBOB and ULSD contracts saw large reductions in both long bets and short bets last week, suggesting that the big speculators are growing tired of the whipsaw action. Those funds seem more comfortable betting on higher prices for environmental credits, with both CCA and RGGI contracts seeing more length added from money manager trade category last week. CCA’s saw a huge jump in prices to end the week after results from the August credit auction showed strong demand at lofty prices.

Baker Hughes reported 5 more oil rigs were put to work last week, spread out across the country as producers continue their slow and steady recovery. 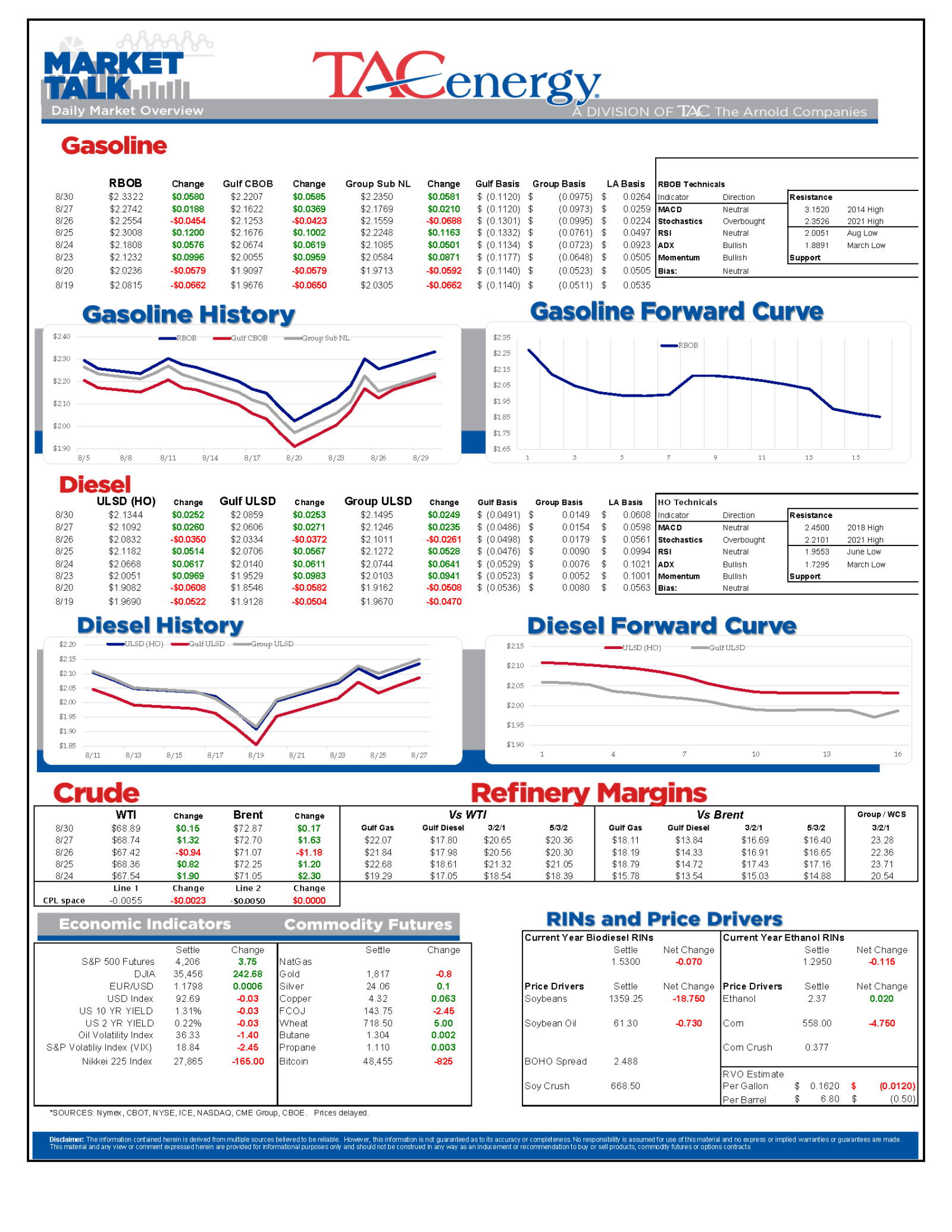 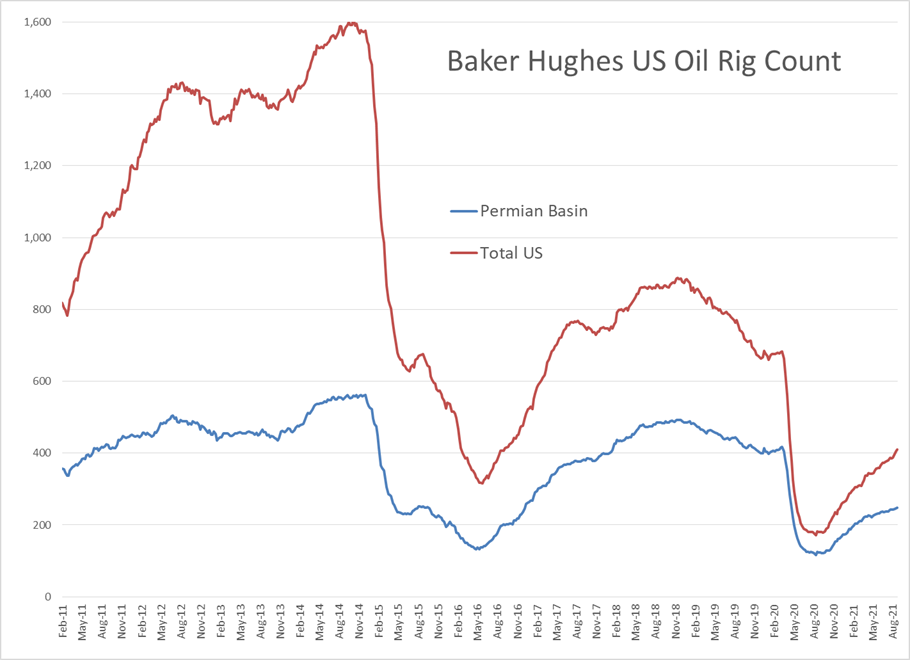