It’s a quiet start to the week as oil and refined products trading modestly lower this morning, after moving modestly higher overnight. A weak finish on Friday took away the upward momentum in what was an otherwise strong week that suggests from a technical perspective, energy contracts are poised to make an attempt at new highs for the year.

Money managers are looking more bullish after adding to net length in most of the petroleum contracts last week through a combination of new long positions, and covering old shorts. As has been the case for the past several months however, the size of the position changes was minimal on the week, suggesting that the large speculators aren’t ready to make big wagers in either direction at this point. Both the U.S. and European diesel contracts saw heavy short covering as prices approached new highs for the year last week, and the Gasoil contract reached its highest net length held by money managers since September 2019.

Baker Hughes reported one less oil rig was operating in the U.S. last week, marking a second straight single-rig decline in their weekly count after six-months of steady increases. The Permian basin dropped three rigs last week, while other shale plays added a net of two.

The Berkshire Hathaway annual meeting this weekend named an eventual successor to the Oracle of Omaha, and included plenty of discussion on the mounting environmental pressure faced by businesses today. When asked about the companies large stake in Chevron, Buffet responded by saying (in part), “I do think the world is moving away from hydrocarbons….I will not be uncomfortable about being in the oil business…[the world is going to] need a lot of hydrocarbons for a long time”, and that he was glad that “we've got them. I think Chevron has benefitted societies in all kinds of ways, and I think it will continue to." 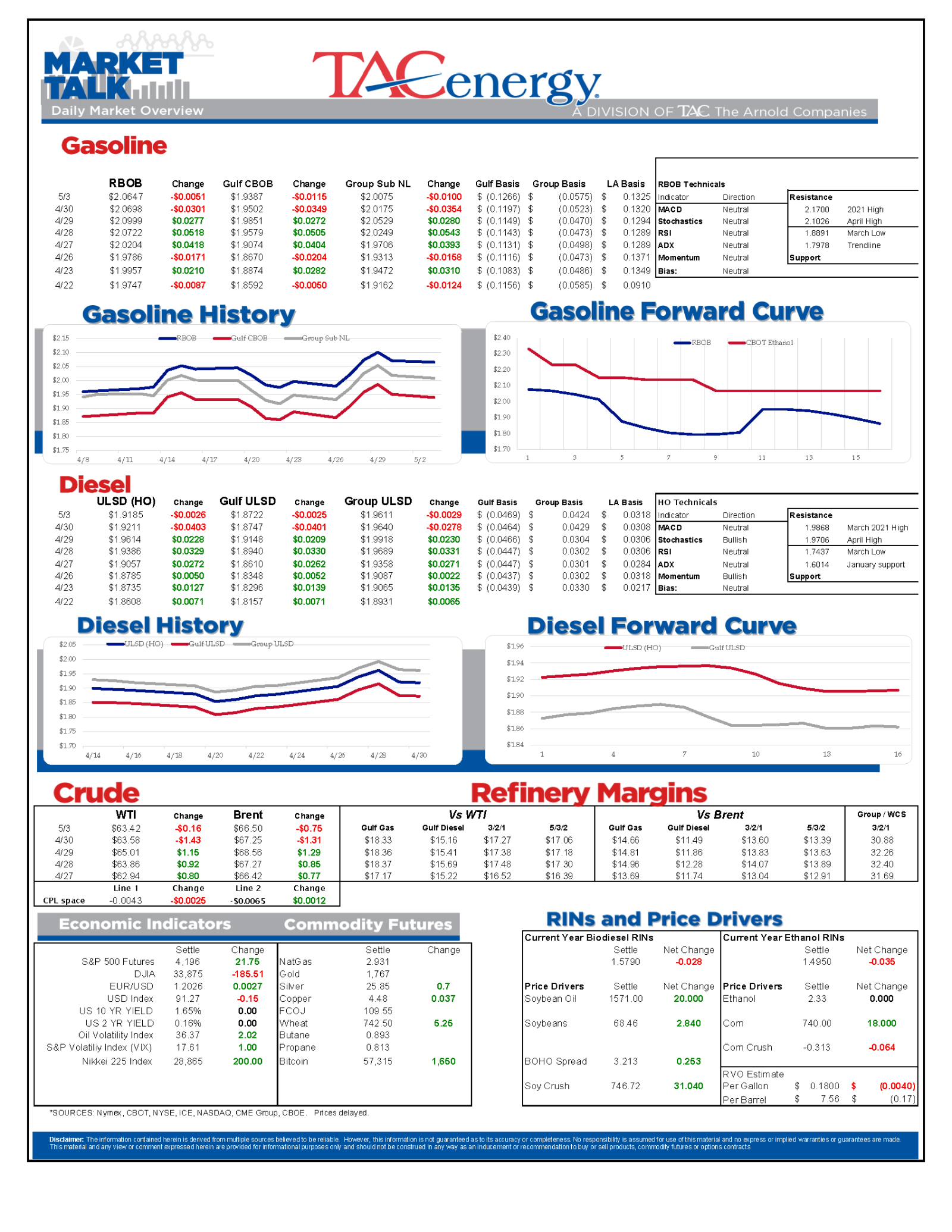 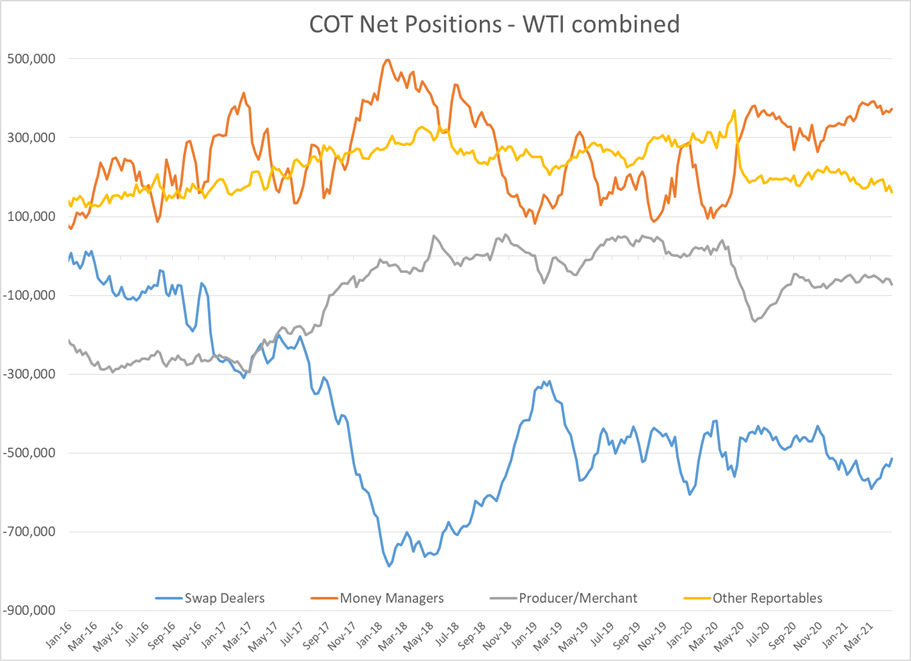 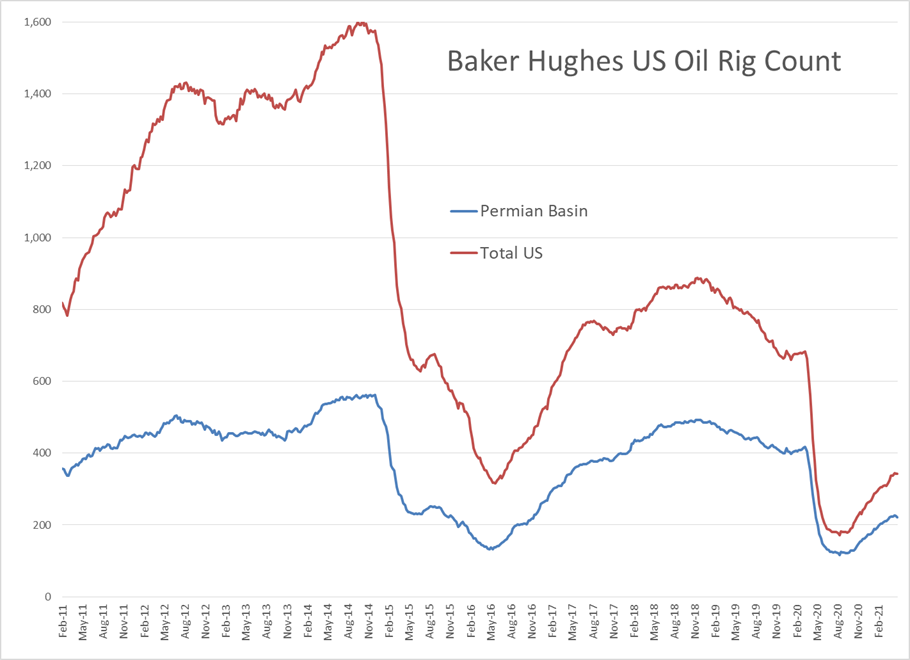