After a huge Black Friday sell-off took 5-7% off almost every energy contract on the planet, electronic trading on Cyber Monday is seeing a bounce in oil and gasoline of nearly 2%.

After breaking below the $60 mark for the first time in 6 months just two weeks ago, WTI came within 10 cents of dropping below the $50 mark in overnight trading, and RBOB gasoline futures reached their lowest levels of the past 2 years. Brent crude joined in the “lowest in more than a year club” falling below $60 for the first time since October 2017 before bouncing back this morning.

There seem to be plenty of arguments on both the supply and demand sides of the equation for why prices have fallen so far so fast, with the big question to end 2018 whether or not they’ll continue to slide, or if Friday’s collapse marked the point of capitulation. The early buying this morning suggests that Friday’s move may have been exaggerated by light trading volume as most US Traders had the day off, and could lay the ground-work for a strong corrective bounce if the early gains can hold.

Baker Hughes reported a decline of 3 oil rigs last week, the first decline in the past 4 weeks. With the recent price plunge, expect to hear speculation on how US drillers may change their plans over the coming months. Given the project lead times, and the speed with which prices have dropped however, if we do see US drillers slow down, that likely won’t happen until next year.

The weekly commitments of traders reports from the CFTC was delayed due to the holiday, so we’ll have to wait until this afternoon to see how the speculators have been weathering the storm. 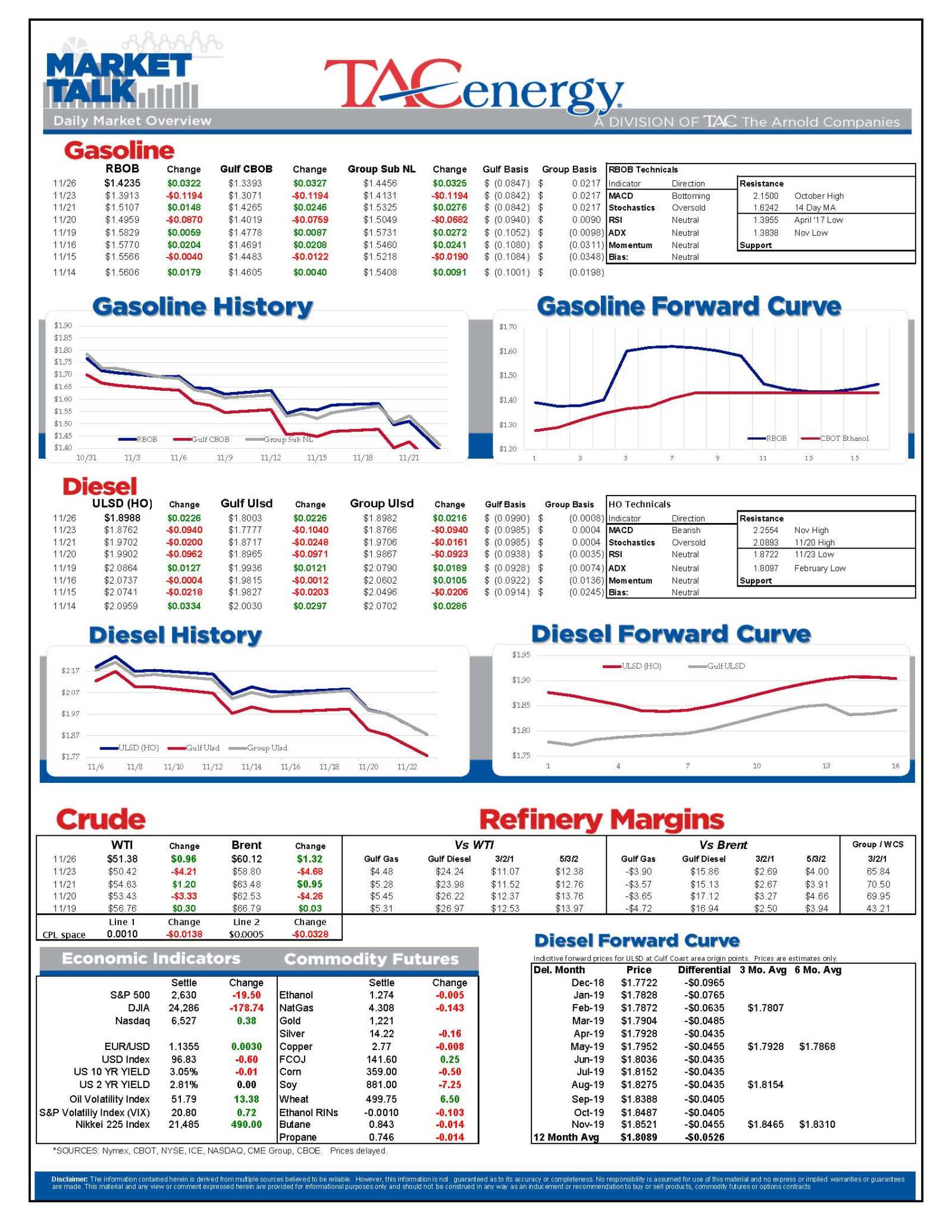 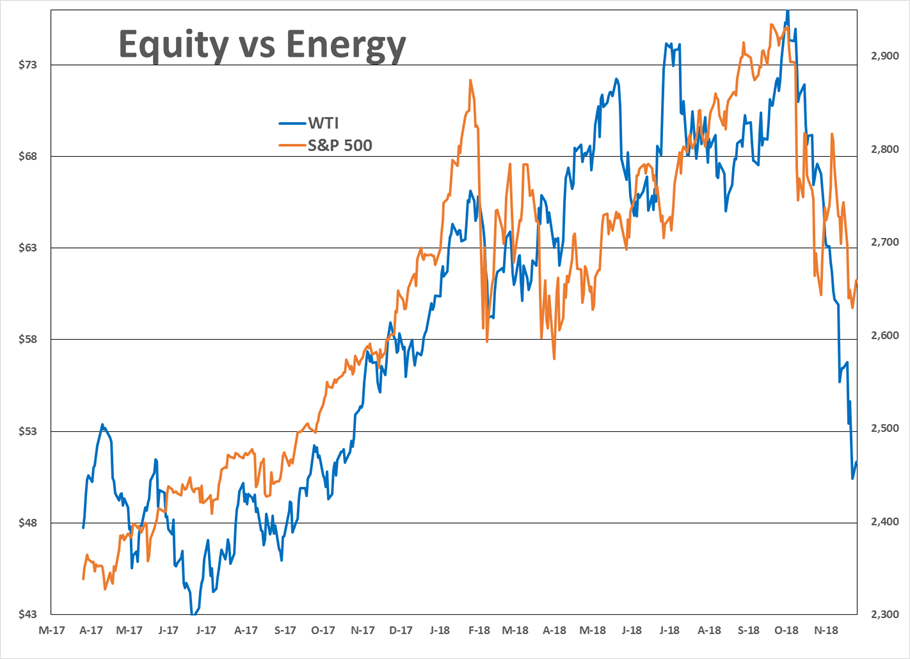 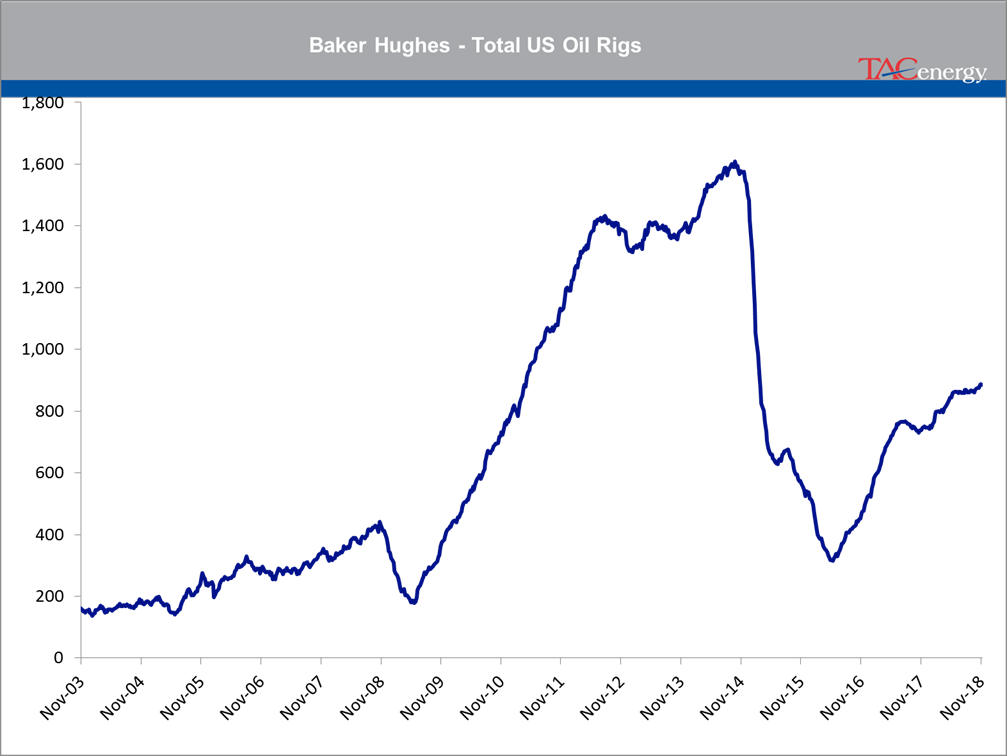