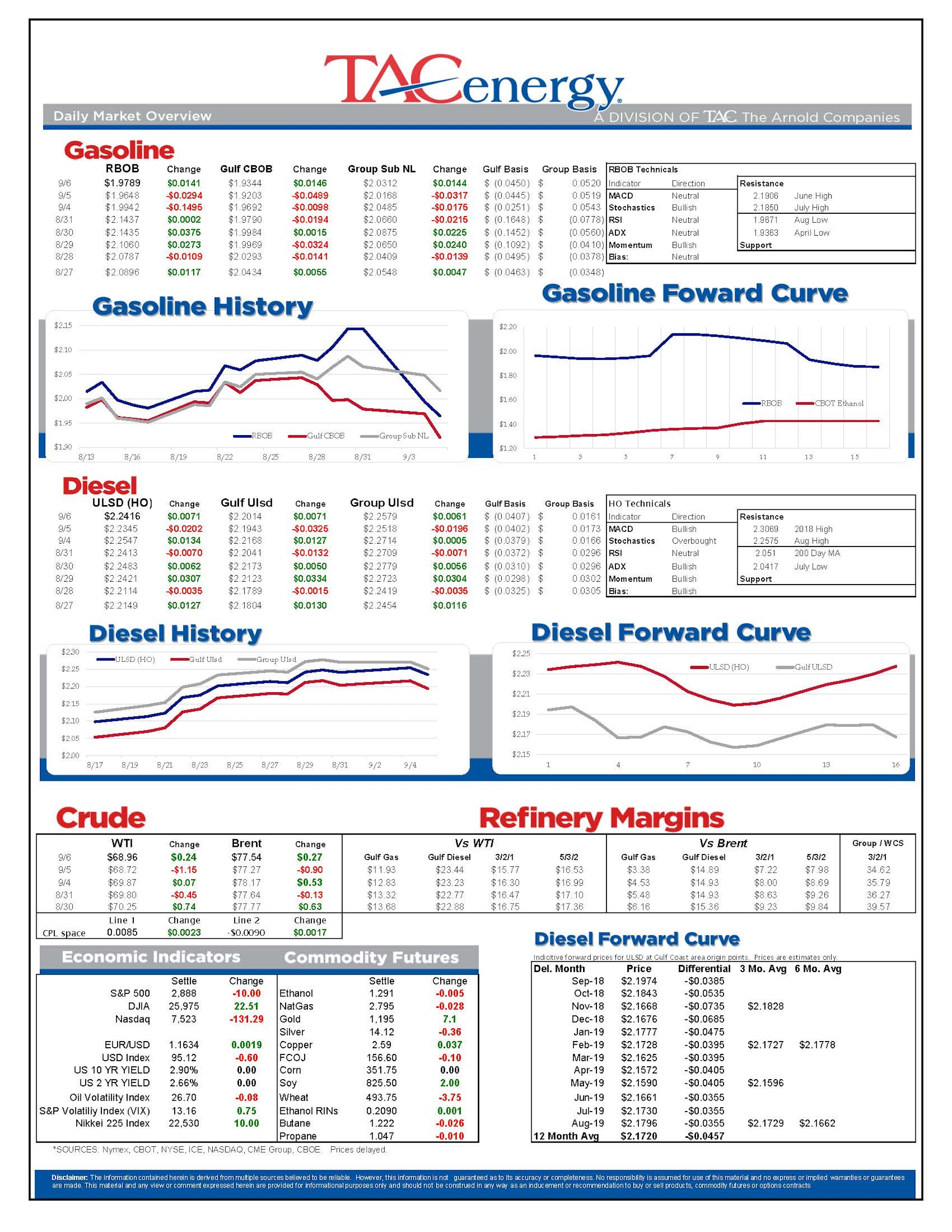 Energy futures are trying to bounce this morning after the heavy post-labor day head-fake brought on a wave of selling Wednesday. RBOB futures are trying to lead the rest of the complex higher as some markets along the Eastern Seaboard are feeling their annual squeeze as we tick down the last 2 weeks of summer-grade gasoline supply.

On the macro level the concerns about tariff-tantrums and emerging economy chaos have roiled equity markets this week, and perhaps lent a hand in the pullback for energy prices. On the other side of the equation, uncertainty over supplies from Iran, Libya and Venezuela should give sellers second thoughts, as might the suddenly turbulent Atlantic Ocean.

Just on time for the peak of the hurricane season, we may end up with 3 named storms in the Atlantic next week, after dodging a bullet earlier this week. As Gordon’s remnants dump rain across large portions of the country, we now have to worry about Florence as it became the first major Hurricane in the Atlantic this year, and its forecasted path continues to show possibilities of threatening the East Coast next week, and then we’ll have to watch the 2 new systems forming in the Eastern Atlantic as well.

The API was said to report a crude draw of just over 1.1 million barrels last week, while refined product inventories built 1.74 million barrels for distillates and 1 million barrels for gasoline. The DOE’s weekly status report is due out 24.5 hours later than normal due to the Labor day holiday. It’s not clear why they need the extra 30 minutes on holiday weeks, or if the time will make the report any more accurate/exciting than normal.