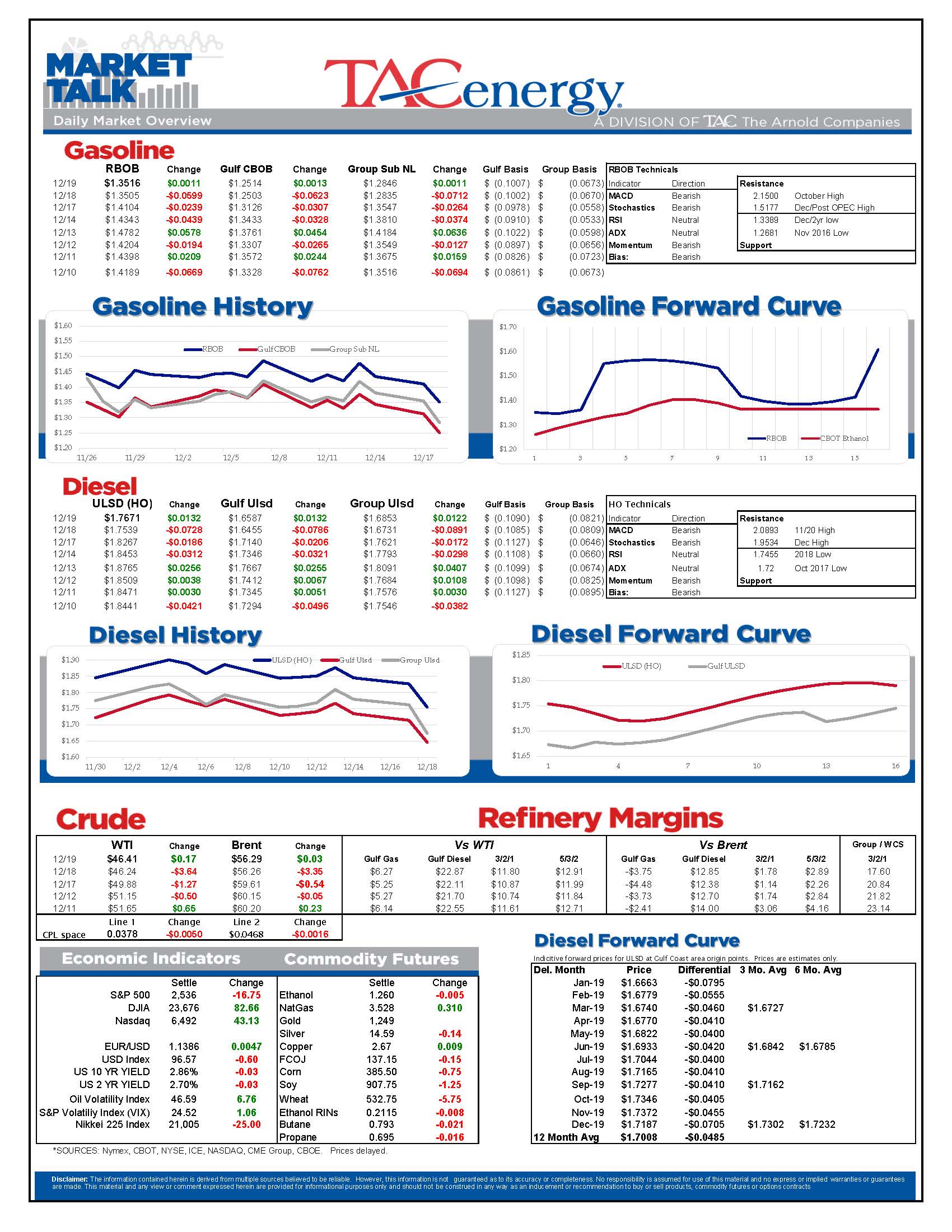 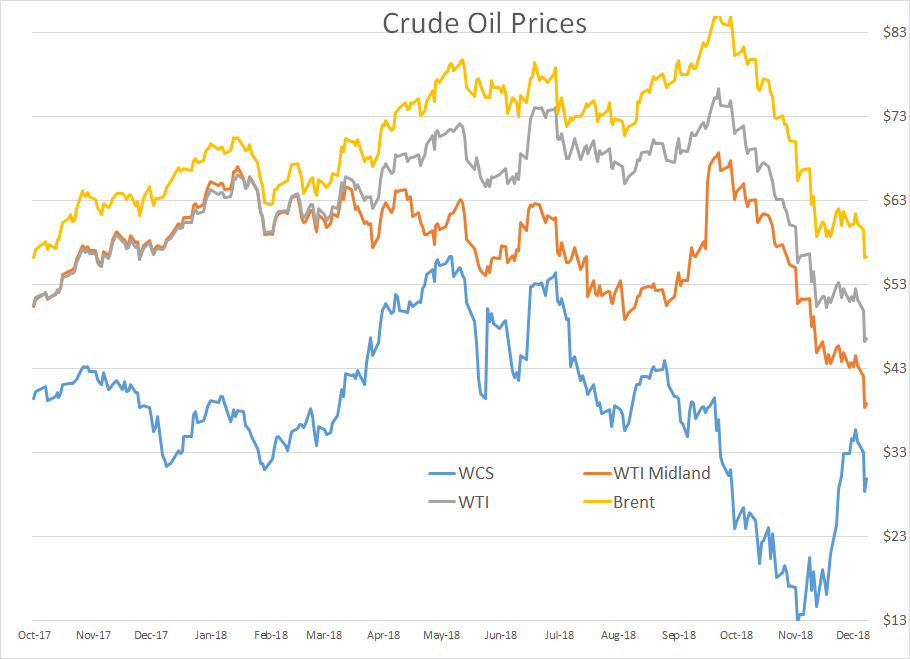 Not everyone is so fortunate however as California gasoline prices continue to surge, with basis values increasing more than 50 cents in the past week thanks to a handful of local refinery issues, and a pipeline shutdown in NM increasing demand for supply from the West.

As the weekly chart for WTI below shows, the breakout of the sideways pattern to the downside for futures looks like a reverse flag pattern. This type of chart pattern is known as a continuation pattern, meaning the trend will continue in the direction it started (compared to a reversal pattern that would change course) and suggests that we could see much lower prices in the new year, with a possibility of WTI below $30.

Canada’s government announced a $1.6 billion financial aid package to prop up the struggling energy industry in Alberta, which continues to be hampered by a lack of takeaway capacity for its growing oil production. Western Canadian Select prices are more than double what they were in November when the government announced forced production cuts, but are still trading below $30 today.

Speaking of oil export bottlenecks, there’s a new fight underway for control of the Houston ship channel between energy exporters, and container ship operators. With the US in the middle of a “race to the coast” to find new options for exporting its surging energy production, this may make other port projects more appealing.