The latest rally attempt in energy futures was knocked backwards sharply in Tuesday’s session, but the bulls dusted themselves off overnight and are giving it another shot this morning. Equity markets around the world continue to celebrate signals that the China-US trade war may be cooling, which seems to be aiding the early optimism in energy contracts.

As it often does when we approach an RVP transition, RBOB gasoline is leading the volatility, rallying by 5 cents mid-morning Tuesday, only to drop back 4.5 cents in the afternoon. Overnight, the swings have continued with 2.5 cent gains largely evaporating as of this writing. Reports of unplanned refinery maintenance around the country continue to create volatility in refined products.

The API reportedly showed crude oil stocks declining by just under 1 million barrels last week, distillates dropped by around 2.5 million barrels, while gasoline stocks rose 750,000. The DOE/EIA’s weekly estimate will be out at its normal time this morning.

The IEA released its monthly oil market report this morning, holding its demand estimates for 2019 steady, while increasing its global supply forecast) as US oil production continues to swell to record highs. The theme of US oil production growth in 2019 being enough to offset OPEC’s intentional and unintentional production cuts was consistent in all 3 of the OPEC, IEA and EIA monthly reports. Of course, since everyone agrees, that sets the stage for a big move in the market if it doesn’t pan out.

The EIA and IEA reports also focused on the growing issue of quality vs quantity of oil driven by decreasing heavy oil supplies and their potential impact on US Gulf Coast Refiners.

Crude oil quality is another issue, and, in the wider context of supply in the early part of 2019, it is even more important. Sanctions against Iran, a fall in OPEC supply of 930 kb/d in January, sanctions against PDVSA and Alberta supply cuts all impact directly on the supply of heavy, sour oil. In the case of PDVSA, its oil is typically of the heaviest quality and requires the addition of significant quantities of imported diluents or domestic blending. With the import of diluents now sanctioned by the US, and problems in producing its own lighter crudes, PDVSA will have a tough job to make enough on spec barrels available for export. This is before it gets to the issue of who will buy them.

Long before the US shale revolution took off, Gulf Coast refiners had invested in equipment to process barrels expected to get heavier and sourer.

The EIA’s Short Term Energy Outlook also noted the record-setting weakness in gasoline margins over the past 3 months:

Gasoline inventories are high in every major storage hub globally and are likely contributing to low crack spreads. As of the first week of February, inventories were 15% and 24% higher than their five-year (2014–18) averages in Singapore and the Amsterdam, Rotterdam, and Antwerp (ARA) hubs, respectively. In the United States, gasoline inventories reached an all-time high of nearly 260 million barrels for the week ending January 18. 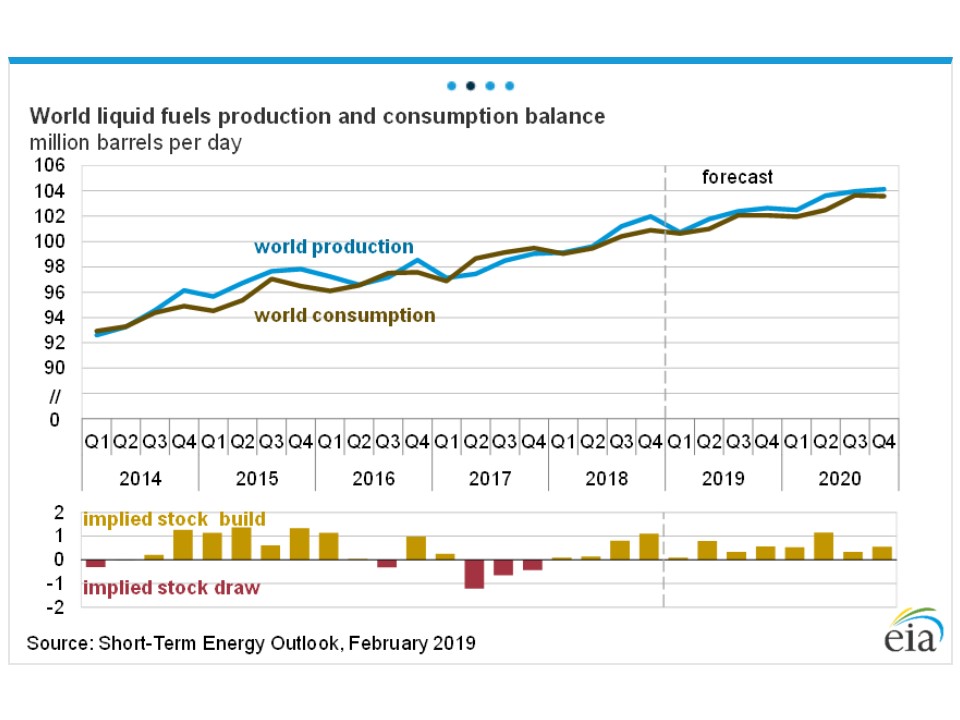 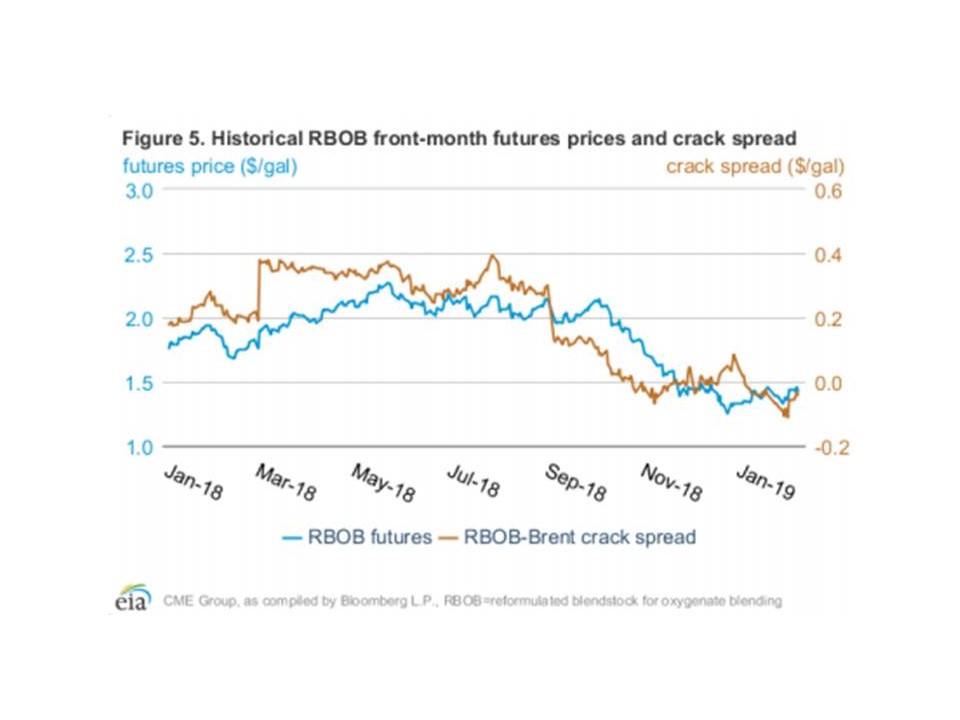