Energy futures are moving higher for a 2nd day, and most contracts in the petroleum complex have now wiped out Monday’s heavy losses as the uncertainty over Venezuela and optimism in US stocks both seem to be helping encourage buyers.

While most of the oil market chatter continues to revolve around Venezuela, the correlation between energy and equity markets continues to be strong, so it seems the early boost in stocks on the backs of some positive earnings reports is aiding in the bounce in petroleum futures.

Unlike when sanctions were placed on Iran last year, Saudi Arabia is not rushing in to offset any potential lost production from Venezuela, at least according to some reports. Whether or not that holds true, and how much extra oil may be needed, is just a guess at this point, and anyone who says differently is probably trying to sell you something. Assuming there will be some drop off in heavy oil supplies for Gulf Coast refiners, that’s just more bad news as most are already struggling with an excess of gasoline while trying to maximize their diesel output.

Speaking of which, diesel prices led the move higher Tuesday, ending the day up around 6 cents after several utilities from the Great Lakes region to the East Coast notified customers of natural gas curtailments due to the winter storm, sending buyers scrambling for heating oil. The rush may prove short-lived however as above average temperatures are forecast for the weekend, which may explain why natural gas futures continue to slide even while spot supplies are tight in several markets.

The API was said to report another week of inventory builds across the board, with crude and gasoline stocks up more than 2 million barrels, while distillates were up just over 200,000 barrels on the week. The DOE’s weekly status report is due out at its normal time this morning, and based on the strength in basis values across many spot markets since bottoming out early in January, (not to mention the weak margin environment) it seems likely we’ll see refinery run rates cut back further in this report. 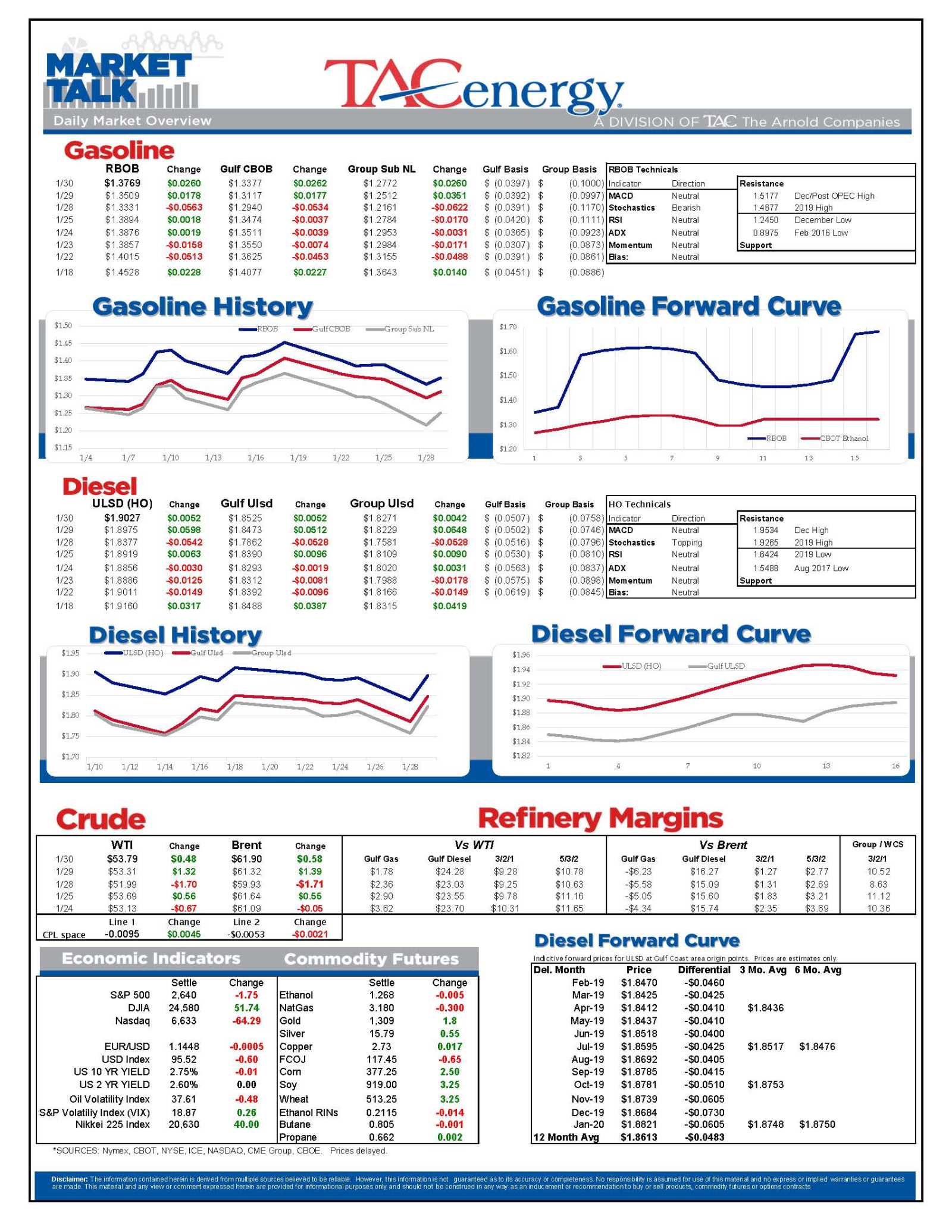 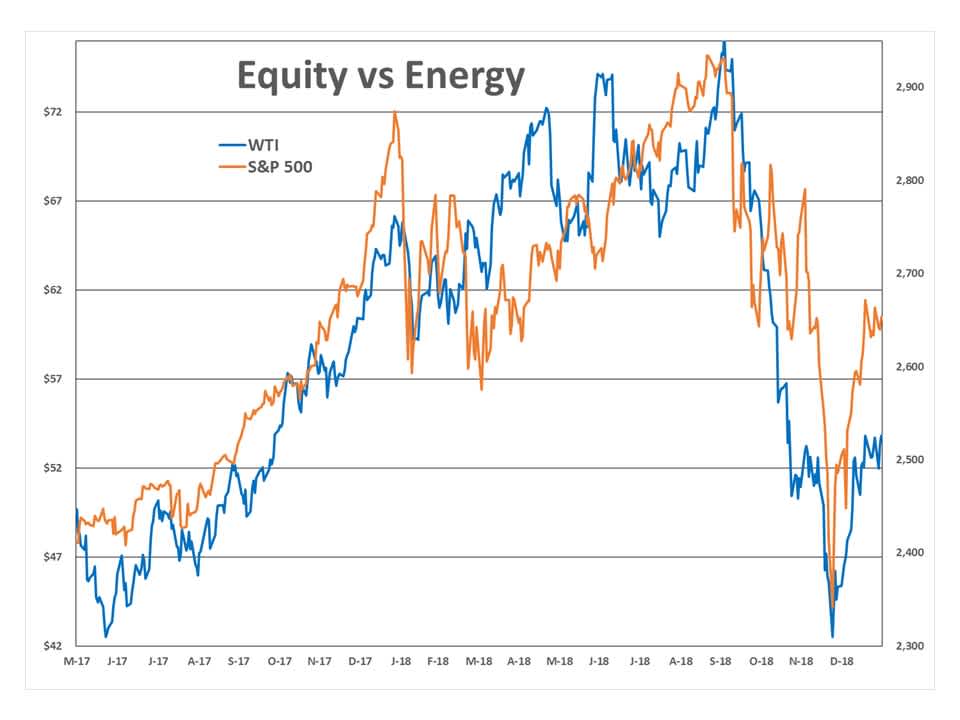 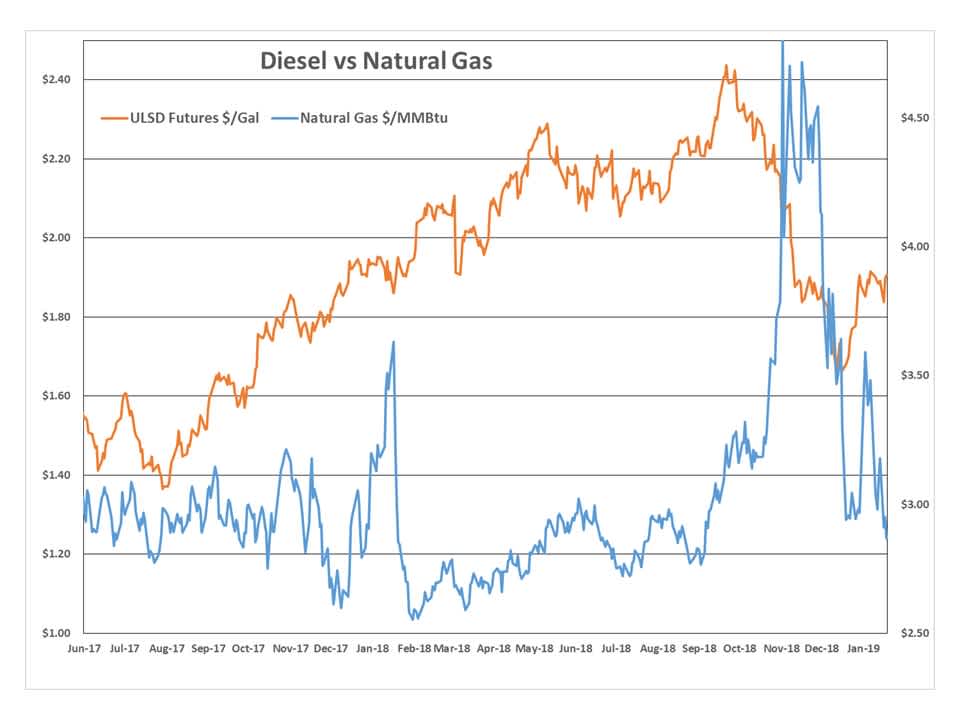