Energy futures are struggling to find a price floor as concerns over where to store supply in the short term outweighs global equity markets, cheering signs of gradual reopening.

June WTI is trading below $13, down more than 24 percent on the day, but that seems somewhat pedestrian compared to what we saw a week ago when the June contract traded as low as $6.50 in the wake of May’s epic meltdown. In the latest sign of the demand for tankage, Energy Transfer is now reportedly looking to idle two Texas pipelines to use the lines for temporary storage space.

Reports that Pemex was declaring force majeure on fuel import contracts seems to have driven much of the heavy selling in both time and basis spreads for distillates Friday. Those reports were later refuted later in the day, and since then we’re seeing ULSD try to lead the rest of the complex higher. As we saw in last week’s DOE report where a heavy drop in exports drove a large inventory build in distillates, this story could have major implications for U.S. refiners on both the Gulf and West coasts.

Baker Hughes reported that 60 more oil rigs were taken offline in the U.S. last week, 37 of which were in the Permian basin. At this pace, the total U.S. rig count, which has dropped by 305 rigs in just six weeks, is only one to two weeks away from breaking the low set in 2016.

Money managers increased their net long holdings in both Brent and WTI last week, although it’s worth noting that Brent did not see new longs joining in, just shorts liquidating what were likely to be very profitable positions. WTI did see new length added by both the money manager and other reportable category after “can I store crude in my swimming pool?” became a trending topic.

Growing long positions in ULSD and Gasoil Contracts among the “swap dealer” trader category shows the rapidly increasing interest by distillate consumers to lock in at these historically low prices. 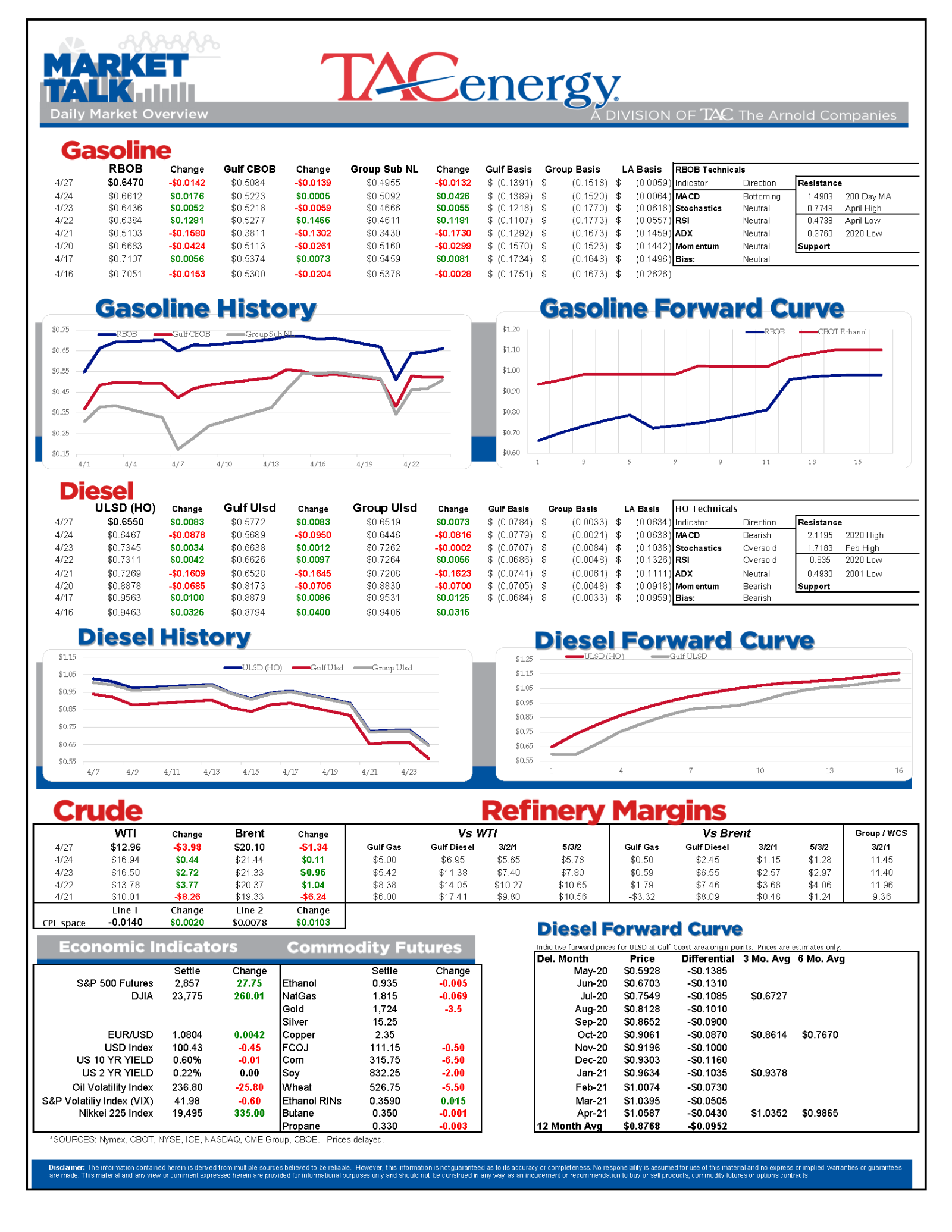 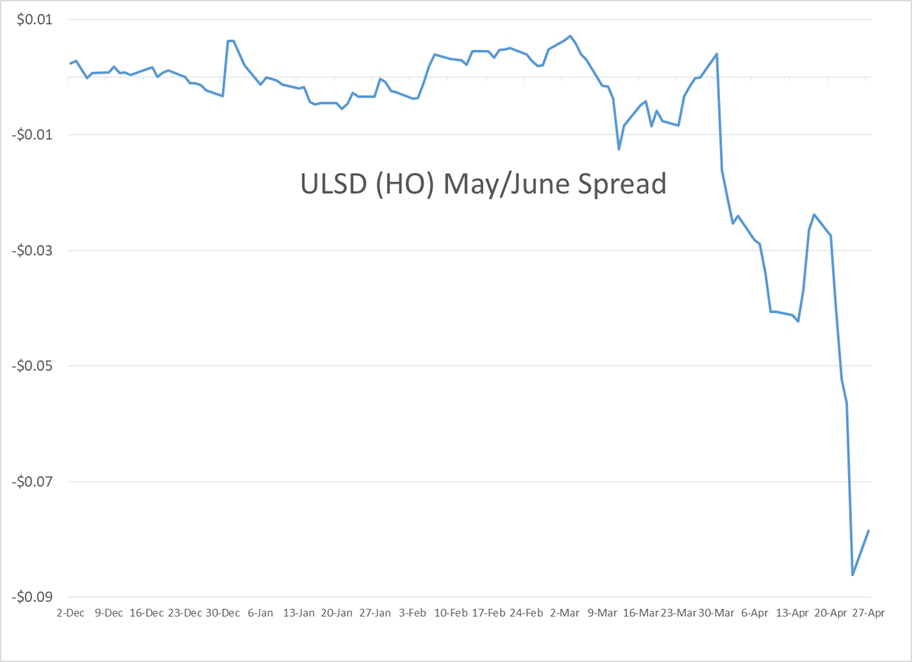 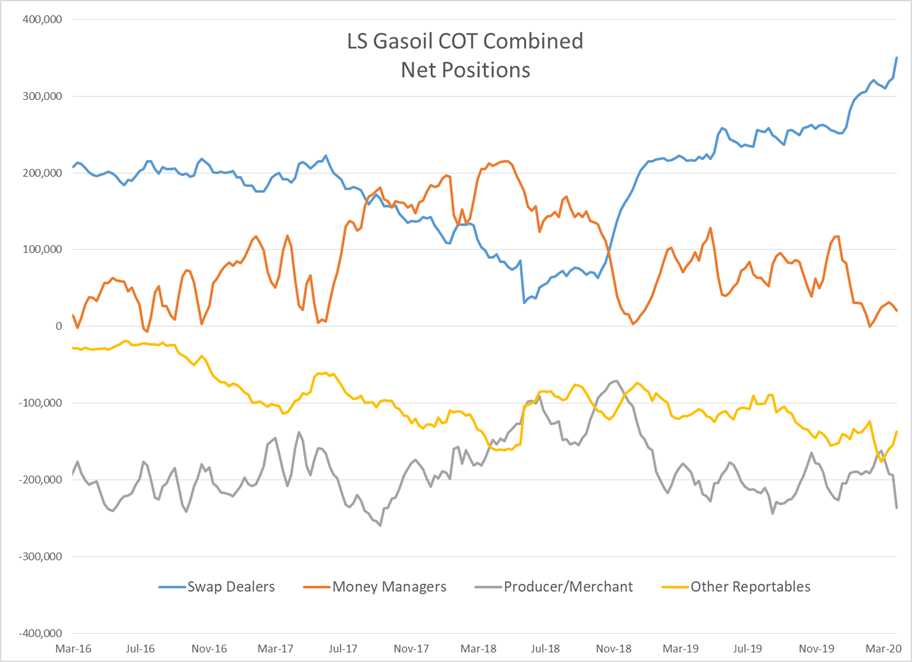