After rallying to 8 month highs ahead of Thanksgiving, energy futures are taking a post-holiday breather, with small losses this morning on top of minor drops seen in the combined trading session from Thursday and Friday. This type of pullback was overdue after the 30%+ November rally, with several short term technical indicators moving into over-sold territory last week. It’s too soon to call an end to the rally however as the upward trend lines are still intact, and we’ll need to see products drop by another nickel before this move will start looking like a reversal instead of just a short term correction.

It’s the last trading day for November product futures, and since spot markets weren’t assessed Thursday or Friday, there’s bound to be a little confusion as to the actual price changes expected at the racks this evening. For markets like the Gulf & West coasts hat have already rolled to trading against January futures, it’s looking like 1.5 cent combined drops in futures (roughly 1/2 cent from last week, a penny from this morning) while those still trading vs December futures like the NYH and Group 3 spot markets are on pace for slightly larger declines.

OPEC & Friends are officially meeting today to discuss output plans, after informal weekend meetings struggled to figure out a way to factor in rapidly rising Libyan output that’s offsetting a large portion of the current agreement to limit production.

S&P Global (FKA Mcgraw Hill) the parent company of Platts, is reported to be in advanced talks to acquire IHS Markit, the parent company of OPIS. You may recall a decade ago when Platts tried to acquire OPIS directly, and was met with a flurry of objection from the energy industry before the deal was canceled. No doubt we’ll see a similar backlash now to the combination of 2 of the 3 major pricing platforms in US petroleum spot markets (not to mention numerous other competing services across industries held by these two giant companies) but given the enormous size of the deal ($44 billion), it seems like only federal trade commission rulings will be enough to stop the transaction.

The latest refining casualty: Neste announced it would shutter its Nanntali Finland refinery in the first quarter of 2021 in an effort to save costs and focus operations on other facilities.

A new facility on the chopping block?  The Suncor refinery in Denver, already beleaguered by numerous operational upsets on top of the weak margin environment, is now facing the risk of shutdown as state regulators consider not renewing its operating permits due to environmental concerns.

Baker Hughes reported 10 more oil rigs were put to work last week, bringing the total US oil rig count to its highest level in 6 months. The Permian basin account for half of the weekly increase, while the Eagle Ford shale added 3 more rigs on the week.

The CFTC’s commitment of traders report is delayed until later today due to the Thanksgiving holiday, but the ICE report suggests large speculators are jumping back on the energy bandwagon as prices rally. Money Managers made large additions in net length held Brent and Gasoil contracts for a 2nd straight week. The increase in Brent net length was driven by new longs entering the market (betting on higher prices) whereas the move in gasoil was primarily driven by previous shorts getting out of the way. 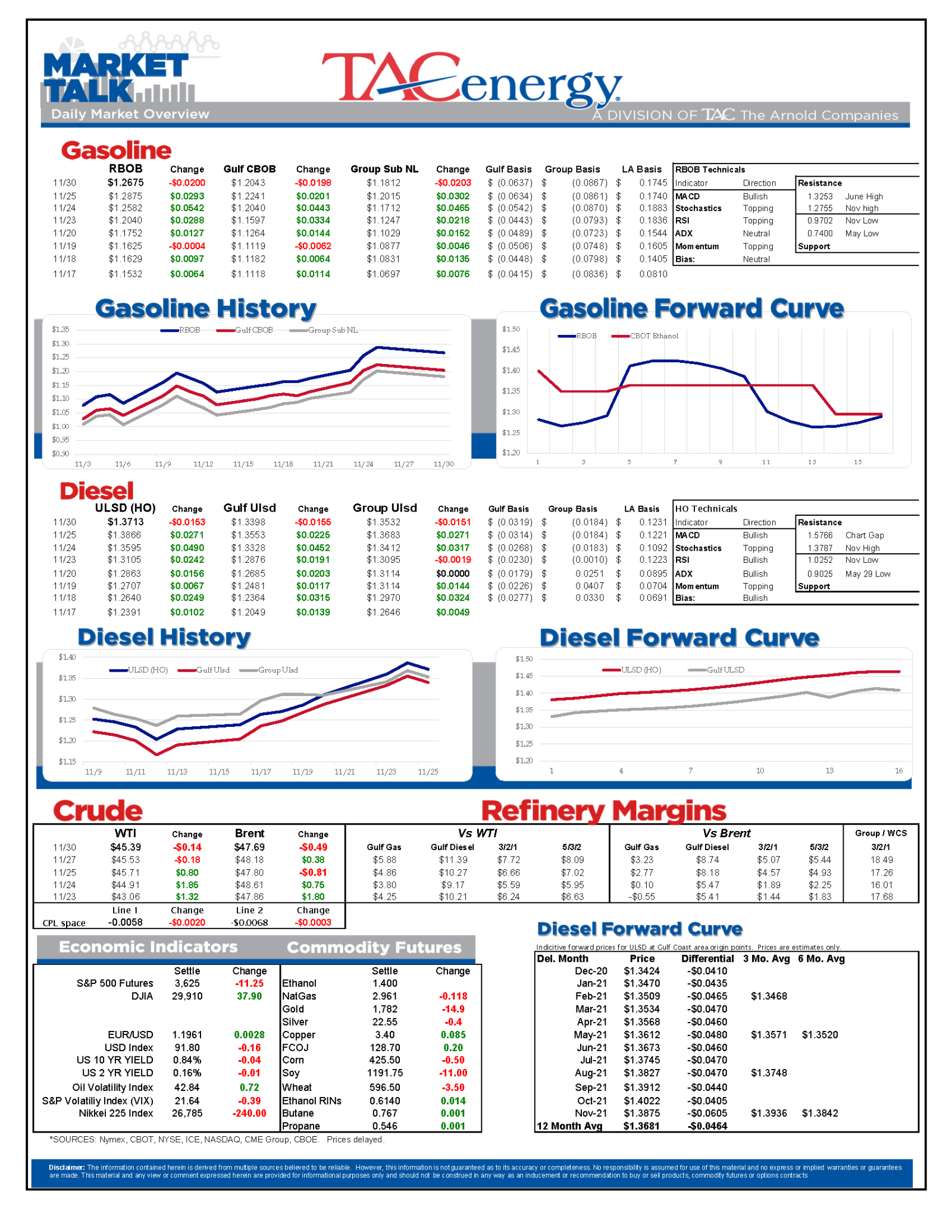 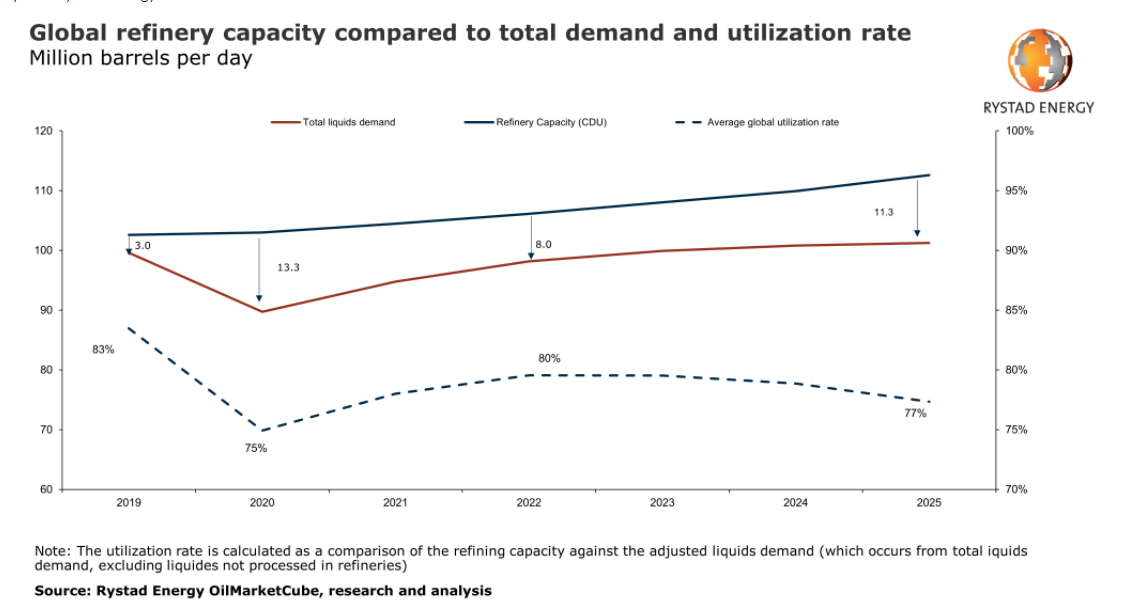