Energy futures wiped out their previous 5-days’ worth of progress Monday in a harsh round of selling that’s largely been blamed on an early morning Tweet by the US president asking OPEC to “relax and take it easy”. No telling how much priced would have sold off if he hadn’t said “please”.

As was the case a few times last year, the early knee jerk reaction seems to be melting away as reports suggest OPEC will continue on its output cut plan.

From a chart perspective the selling did knock the wind out of the bulls sails temporarily, setting most short term indicators back to neutral territory after a 2 week run, and placed a new top-end target for short term trading at the 3 month highs reached shortly before the price drop.

The EIA published a comparison of the recent Midwestern cold snap to the “Bomb cyclone” last year and the “Polar Vortex” of 2014, showing that despite more demand for heating fuel this year, prices for natural gas didn’t spike like in the previous events. Although the report doesn’t show it, the same pattern holds true for distillates as well.

While I was out last week BP released its annual energy outlook. The major themes seem to be a need to more energy with less carbon, demand being driven by emerging economies (US Demand stays fairly flat), and the US being the driver of global supply growth for petroleum and renewables for the next several years. 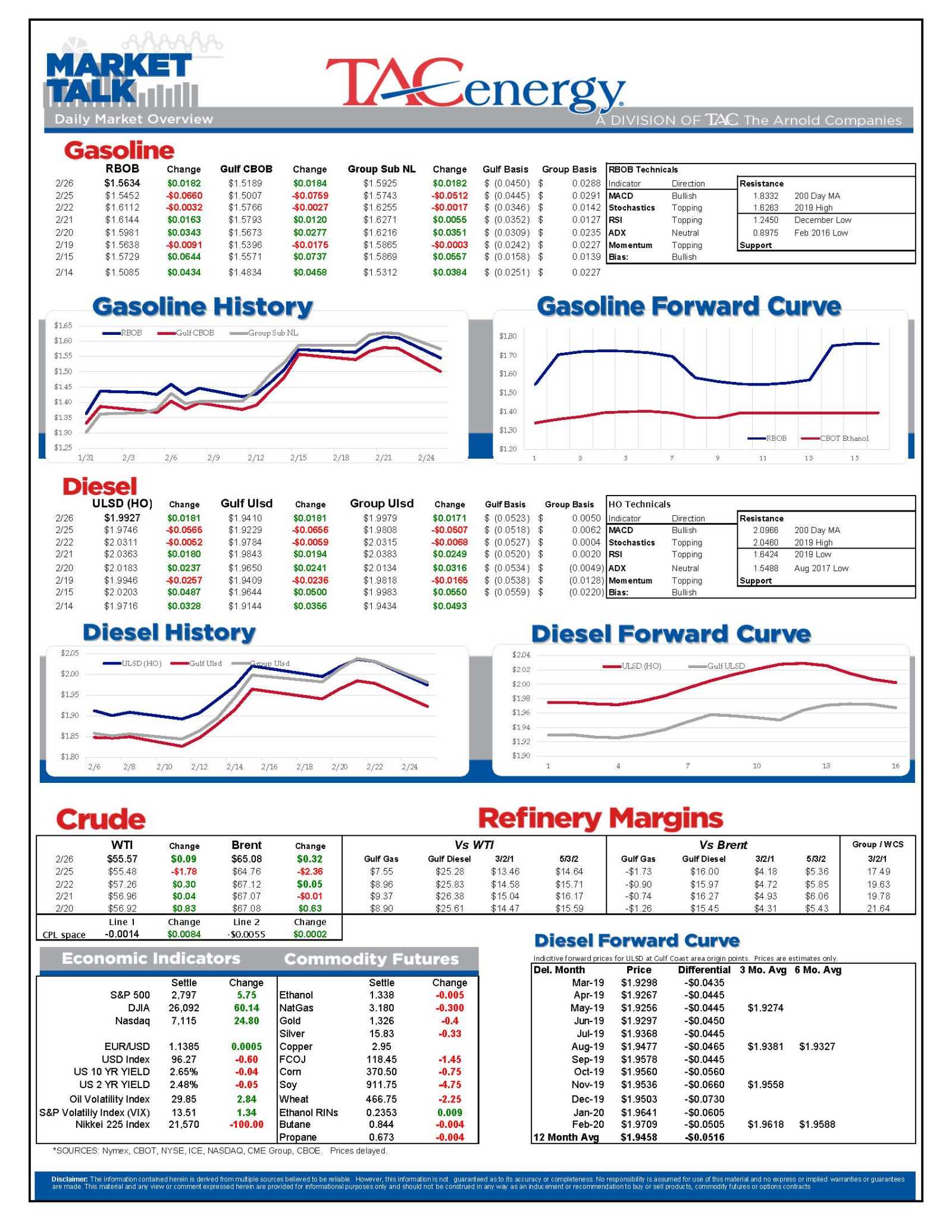 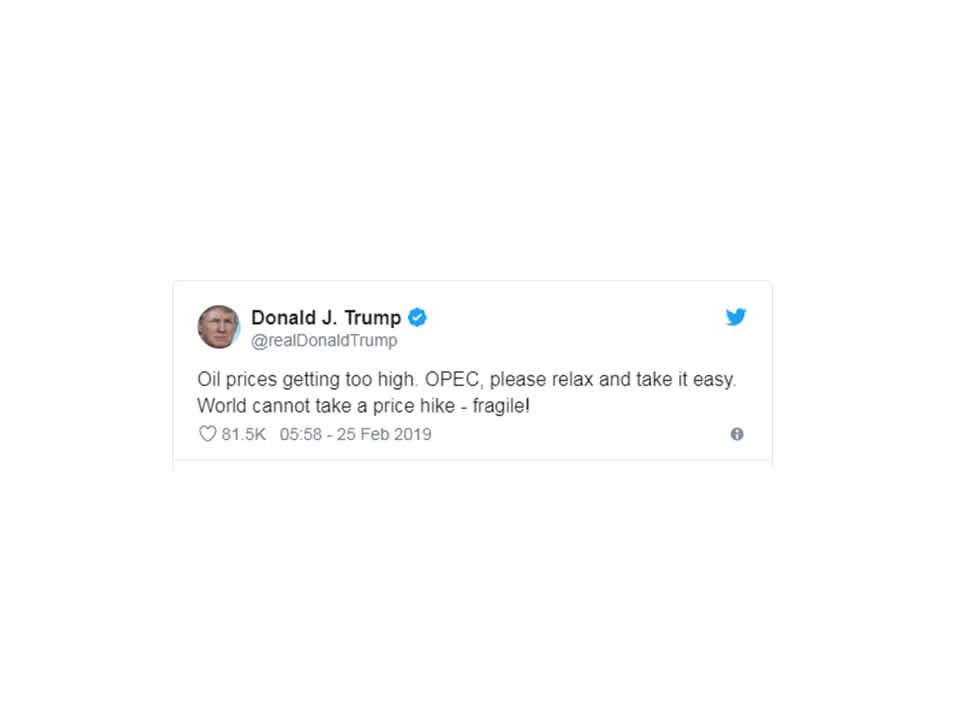 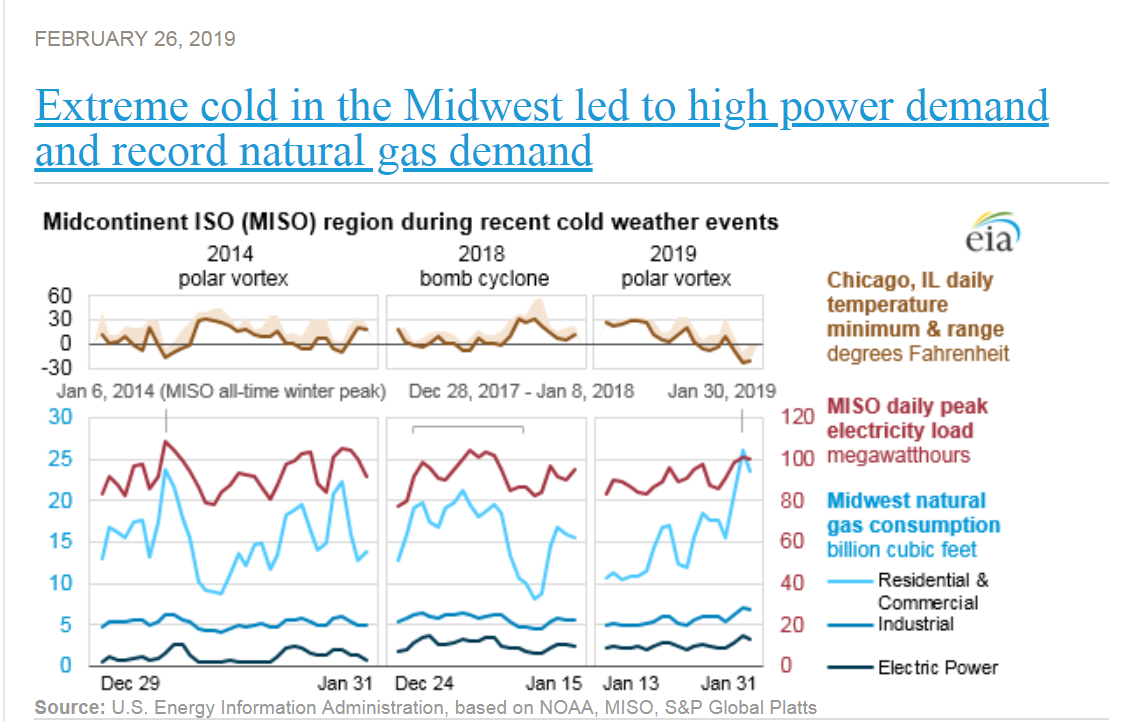