Energy markets are having a hard time making up their mind this week. A bullish DOE report had prices rallying Wednesday morning, only to see those gains wiped out in the afternoon, and then attempt another move higher overnight.

It’s hard to say what caused the sudden sell-off late in Wednesday’s session after the earlier DOE-induced strength. Perhaps the most notable item that could have contributed was that WTI rallied right into its 200 day moving average, only to stall out, making it look like a technical resistance layer the bulls weren’t able to overcome. Today’s rebound leaves the outlook even less clear, as technical indicators move into neutral territory and may leave us in an extended sideways pattern.

It is also possible that some traders sold into Wednesday’s rally as the large draw in crude oil stocks was driven primarily by a short-term storm-related issues rather than a long term fundamental change. Then again, demand figures rebounded nicely on the week, setting the stage for US Gasoline demand to make a run at all-time highs before the end of driving season.

The crude output chart below may have the most noteworthy impact from Hurricane Barry, causing the largest weekly drop in US crude production since the rash of hurricanes in 2017. With no reports of major damage from Barry however, we should see production bounce back to previous levels in next week’s report. It’s also worth noting that despite the largest weekly drop in nearly 2 years, total output was still 300mb/day above year-ago levels…which were a record high at the time.

PADD 3 refinery runs dropped by more than 400mb/day last week, which seems to be primarily due to the precautionary shut downs ahead of Barry. PADD 1 saw a 100mb/day increase last week, which helps to explain the relatively muted reaction to the PES shutdown over the past month. 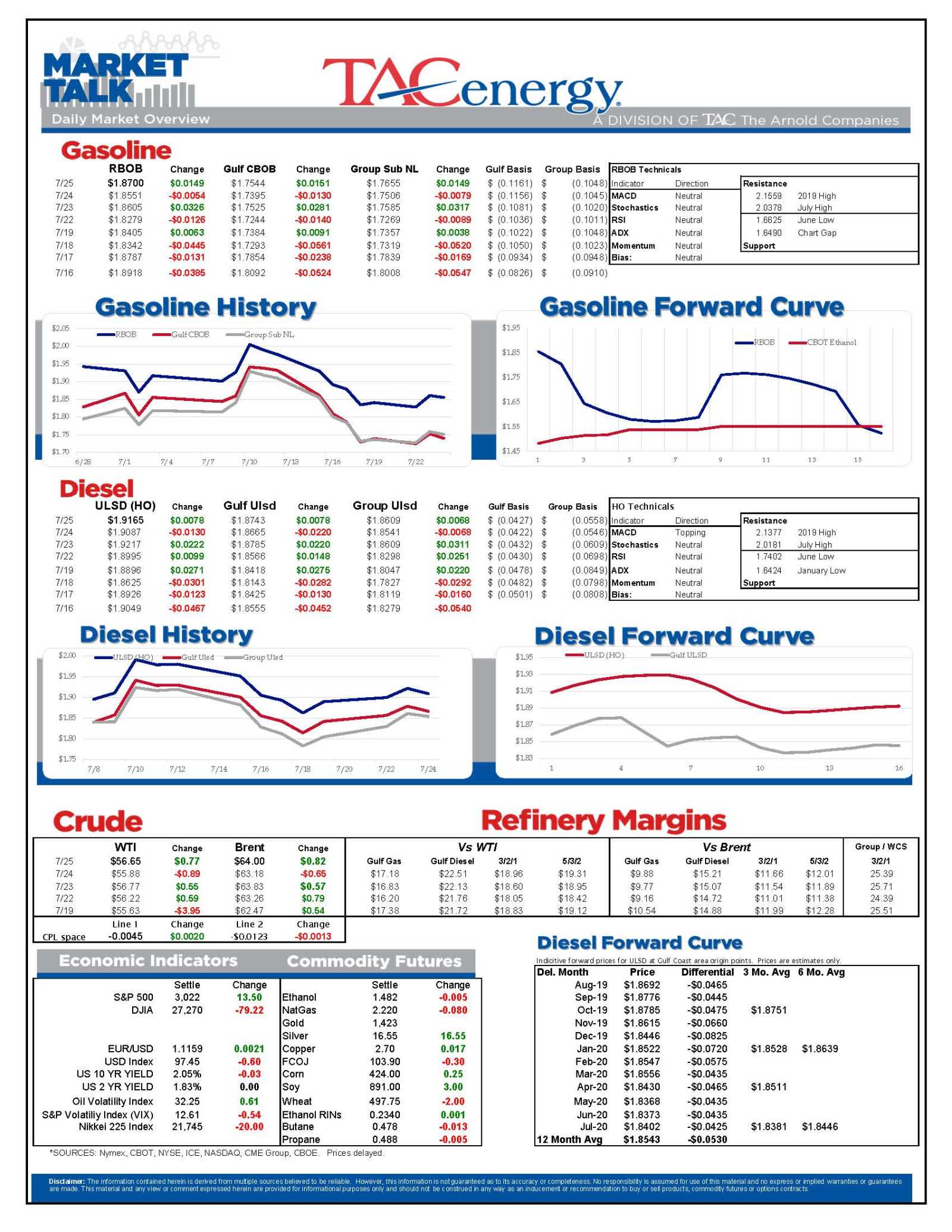 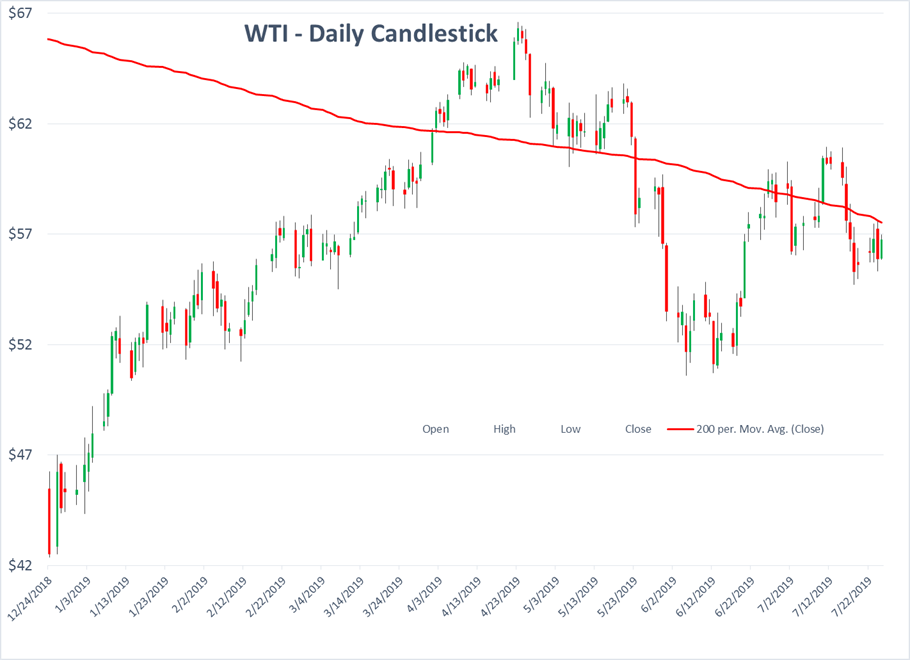 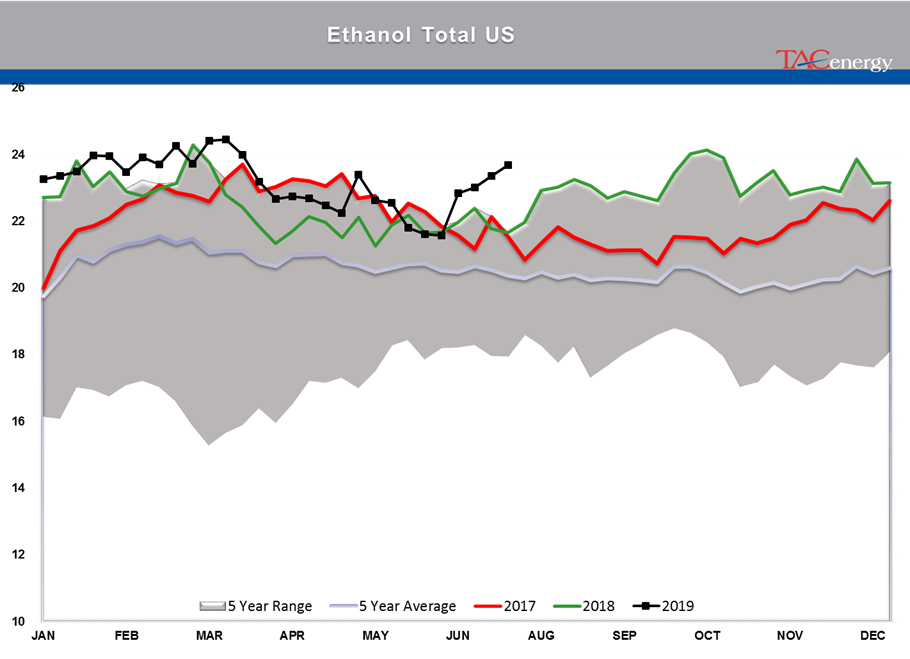