Energy prices are coming under heavy selling pressure to start the week as the world’s 3rd largest city, home to nearly 30 million people, was placed on lockdown to try and slow the spread of the latest COVID wave. There is also an apparent shift in Russian strategy in Ukraine that some see as the first step towards the eventual de-escalation of the war which may be contributing to the selling.

Despite the pullback in futures, US product markets remain relatively tight, and periodic supply outages at terminals on the East and West coasts still ongoing as international buyers outbid each other for cargoes, throwing a wrench into the supply network.

The selling has not yet threatened the bullish trend lines on the weekly charts, and we’ll need to see another $4-5 drop in crude and 15-20 cents in refined products before getting too excited about this latest pullback.

Baker Hughes reported a net increase of 7 oil rigs actively drilling in the US last week, with Texas seeing a net increase of 6, and the Permian basin adding 3. The total rig count of 531 is a new 2 year high, as we approach the 2 year anniversary of when the first wave of COVID lockdowns had drillers laying down rigs at a record pace.  While we’ve seen 359 rigs added since drilling activity bottomed out later in 2020, we’re still roughly 350 rigs shy of the 2019 peak, and more than 1,000 rigs less than what we saw before prices crashed in 2014.

High prices have brought back investor interest in oil and gas production, after years of high finance pretending to go green. That renewed interest shows up in the Dallas FED’s energy survey, with growth accelerating in Q1, even as supply and labor bottlenecks push costs to record highs.   That report also notes that most energy executives in the survey believe capital discipline, not ESG has had more influence on the restrained pace of growth in the past year.

Money managers added to their net length (bets on higher prices) in WTI, Brent, RBOB and Gasoil contracts last week, jumping back on the bandwagon after it appeared safe to say prices found a short term bottom around March 15. The exception last week came in ULSD that saw a 15% decrease in length as new shorts were added and old long positions liquidated after prices had rallied more than $1/gallon from the mid-month low. Those new shorts look pretty smart today, assuming they held on to those positions since Tuesday when the report data was compiled. 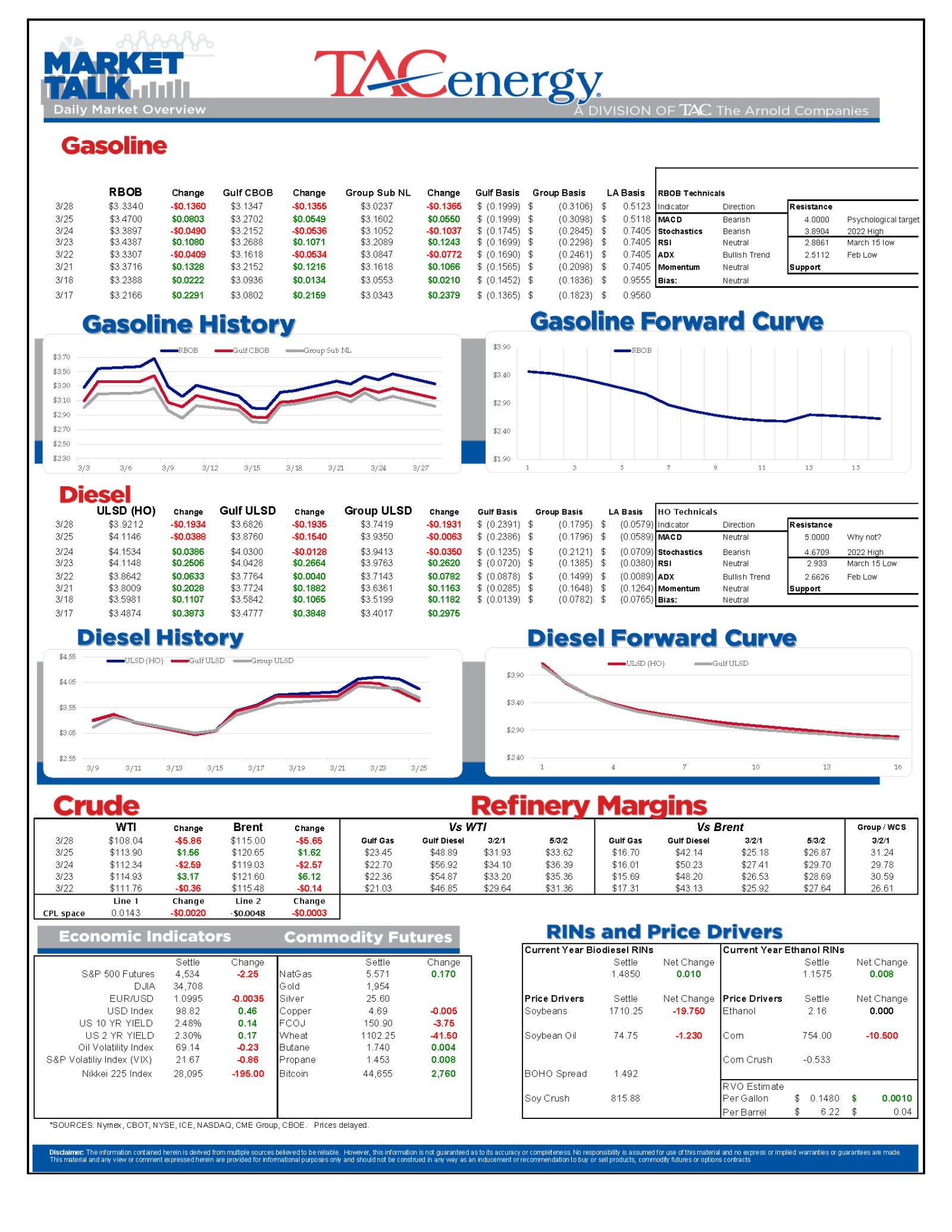 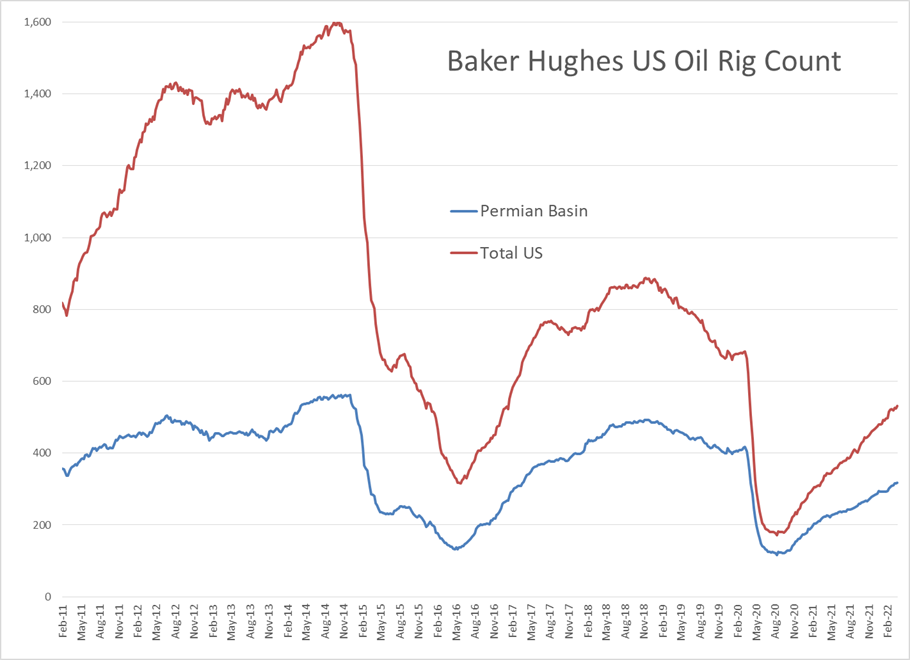 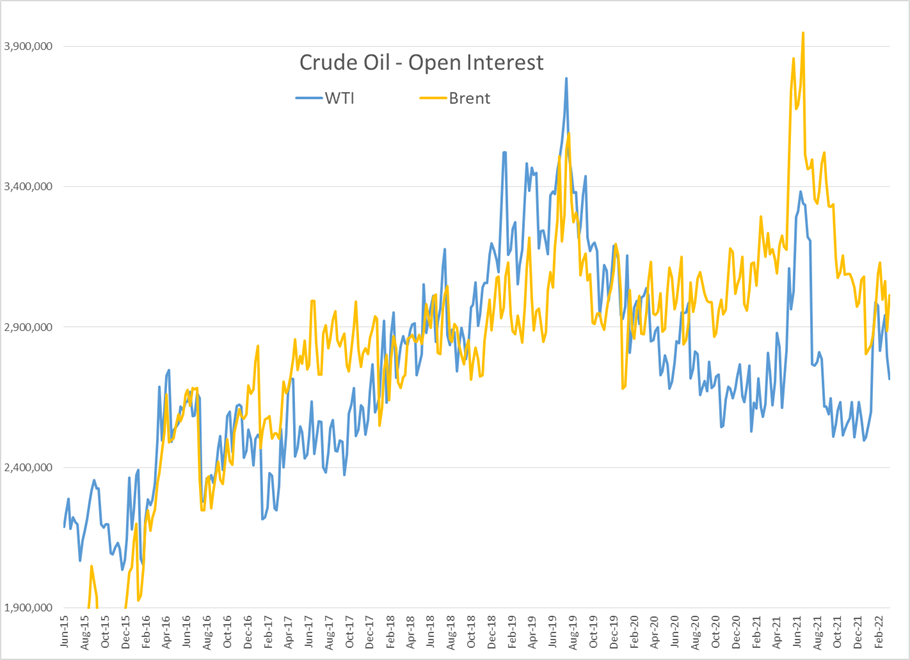