A slow warmup in temperatures, and a cool down in U.S. equity markets has energy prices pausing after a furious rally that has pushed gasoline prices to 1.5 year highs.

While electricity has been restored to the majority of homes taken offline by the extreme weather this week, power is still a major bottleneck for fuel distribution at the terminal level as the orders to (justifiably) focus on getting supply to those at risk of freezing over industrial demand mean that many fuel supply locations can’t yet load trucks, just as those trucks are starting to get back on the road. Fuel outages at retail stations across the state of Texas are growing, and are likely to spread for at least a couple of days as the restart races for businesses of all varieties begin.

A Bloomberg report Thursday suggests that four of the largest refineries in TX could take weeks to restart, and if those estimates are accurate, it’s likely other plants in the region could face similar challenges as damage done by frozen pipes and instruments could become a complicated theme of repair work.  A handful of refineries are already attempting to restart units over the past 24 hours, but we won’t know until Monday how those efforts are progressing.

Cash markets don’t seem too fazed by those reports, as gains in basis values continue to be fairly small despite the widespread refinery upsets. Gulf Coast gasoline transitioned to March cycles this week, meaning they’re trading against the summer-spec April RBOB contract. Don’t be surprised to see RVP waivers granted by the EPA to try and alleviate supply bottlenecks in the coming weeks.

Colonial pipeline continues to report that it’s operations are ongoing without shutdowns due to the power issues, although it appears the schedules may have slipped a few days as the main origin points in Houston/Pasadena/Pt Arthur/Beaumont and Lake Charles are all struggling with refinery closures and other power/freezing challenges.

The DOE weekly report showed a large crude oil inventory and a tick up in product demand that helped limit the selling in Thursday’s session, just as it was beginning to snowball. The crude decline was driven almost entirely by a large increase in exports of more than 1.2 million barrels/day, while refinery runs were close to flat (up just 26mb/day) on the week. With refinery runs estimated to be down 20% or more this week, shipping lanes frozen and Permian oil output estimated to be down 40% or more, we should see some record setting figures in next week’s report.

The EIA published a closer look at the supply & demand of electricity in Texas over the past week, detailing how almost all sources of power in the state saw output reduced right as demand was peaking. The charts they provided are a stark reminder of the challenges each form of electricity generation faces, and suggests the lofty plans to run all cars on electric power in the next 20 years is going to be easier said than done. 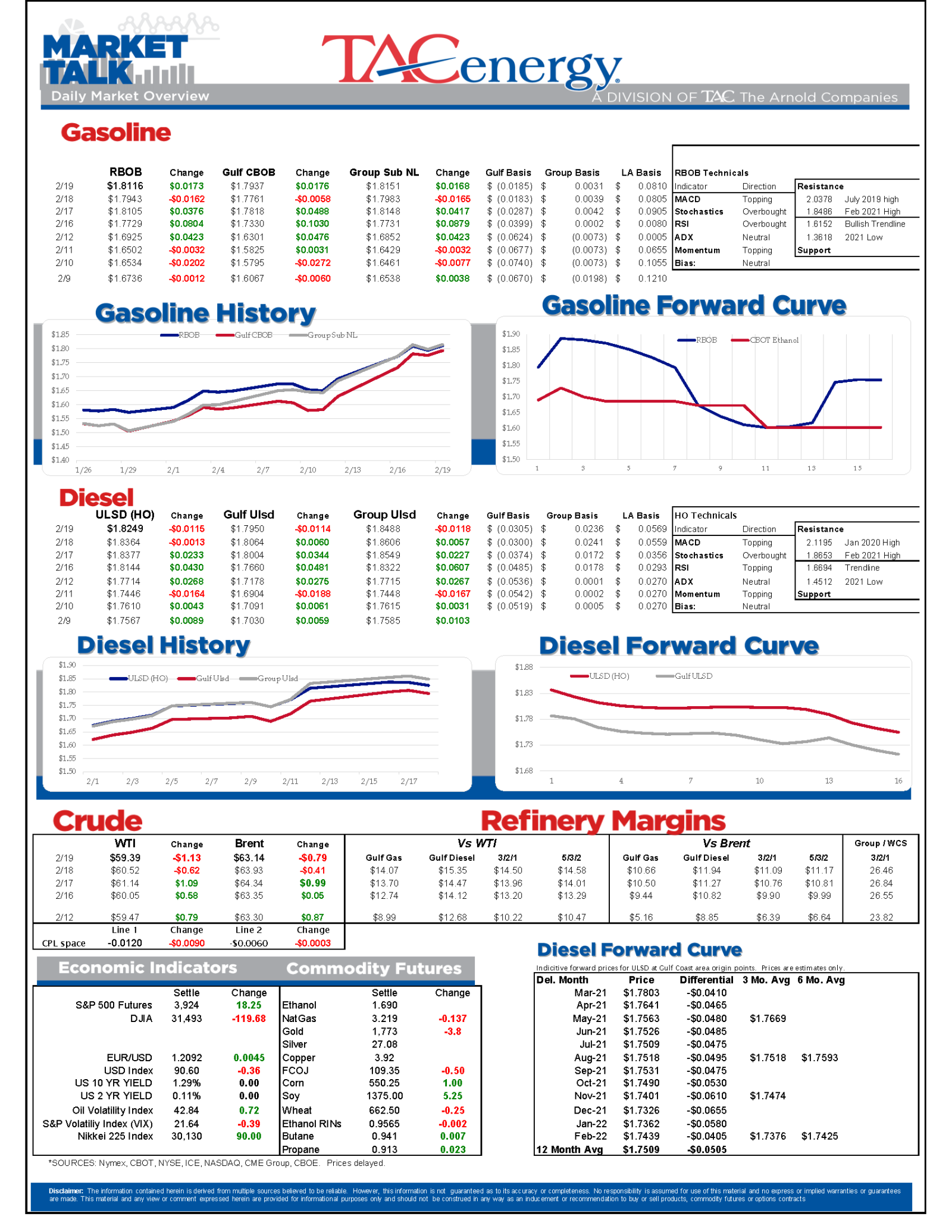 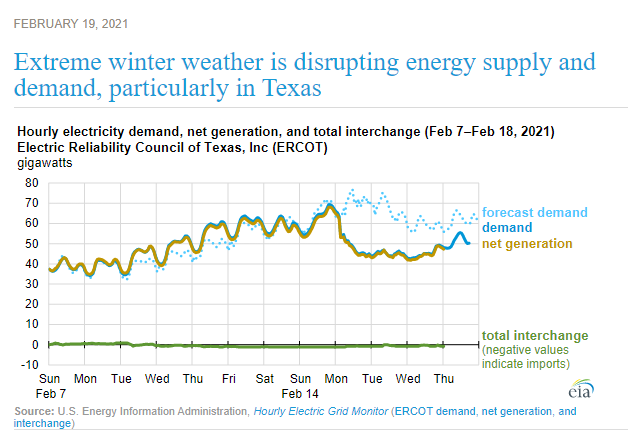 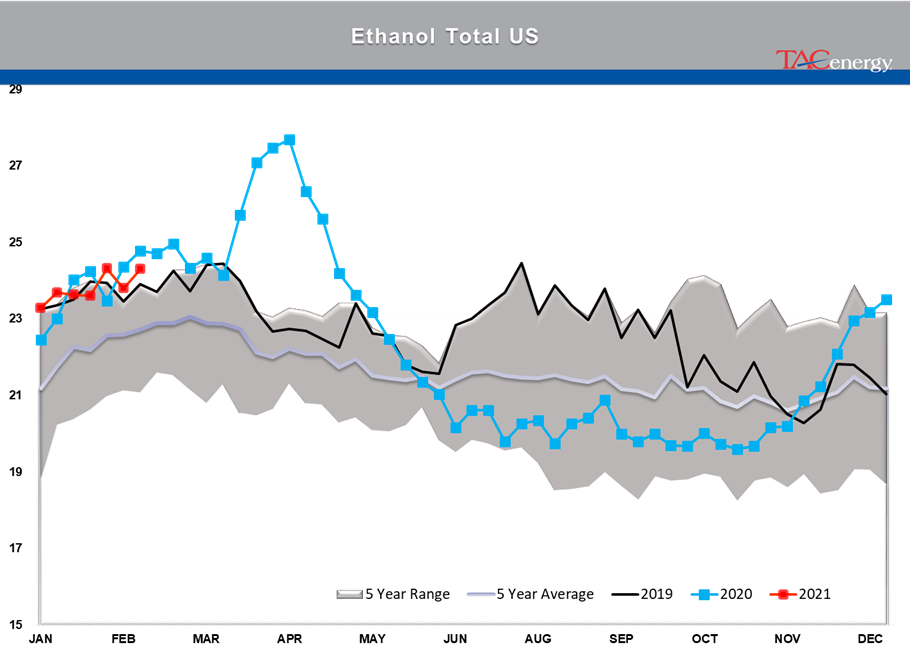