Energy Prices Up This Morning

Energy prices are up this morning after the flurry of headlines from the G7 meeting saw futures up then down during Monday’s trading session. Aside from concerns over the Amazon rainforest fire and gossip surrounding the First Lady and the Canadian Prime Minister, a sit-down brokered by France’s Macron between the White House and Tehran is rumored to be in the works. The bearish economic implications of Iranian supply returning to the market have given way to doubt that any agreement will be reached between the US and Iran given that an entirely new nuclear deal will need to be in place before sanctions are lifted.

Tropical storm Dorian has formed on the outskirts of the Caribbean Sea over the weekend. The system is currently projected to make landfall on the east coast of Florida this Sunday but will likely remain a storm and anticipated impact to infrastructure is expected to be minimal. Another organized disturbance, currently designated as Tropical Depression Six, has formed overnight between the American mainland and Bermuda. This formation will likely strengthen into a tropical storm and make landfall in Nova Scotia or Newfoundland this weekend. Other than causing local disturbances, the storm will likely be a non-event for energy prices.

Futures bulls have a tough road ahead of them both fundamentally and technical over the next couple weeks. Despite the positive news surrounding a possible break and resolution to the US-China trade war, concerns over whether or not anything will come of the peace talks has sent Chinese currency to an 11-year low Monday. The charts don’t offer much hope either with myriad resistance levels presenting formidable opposition to higher prices in the short term. 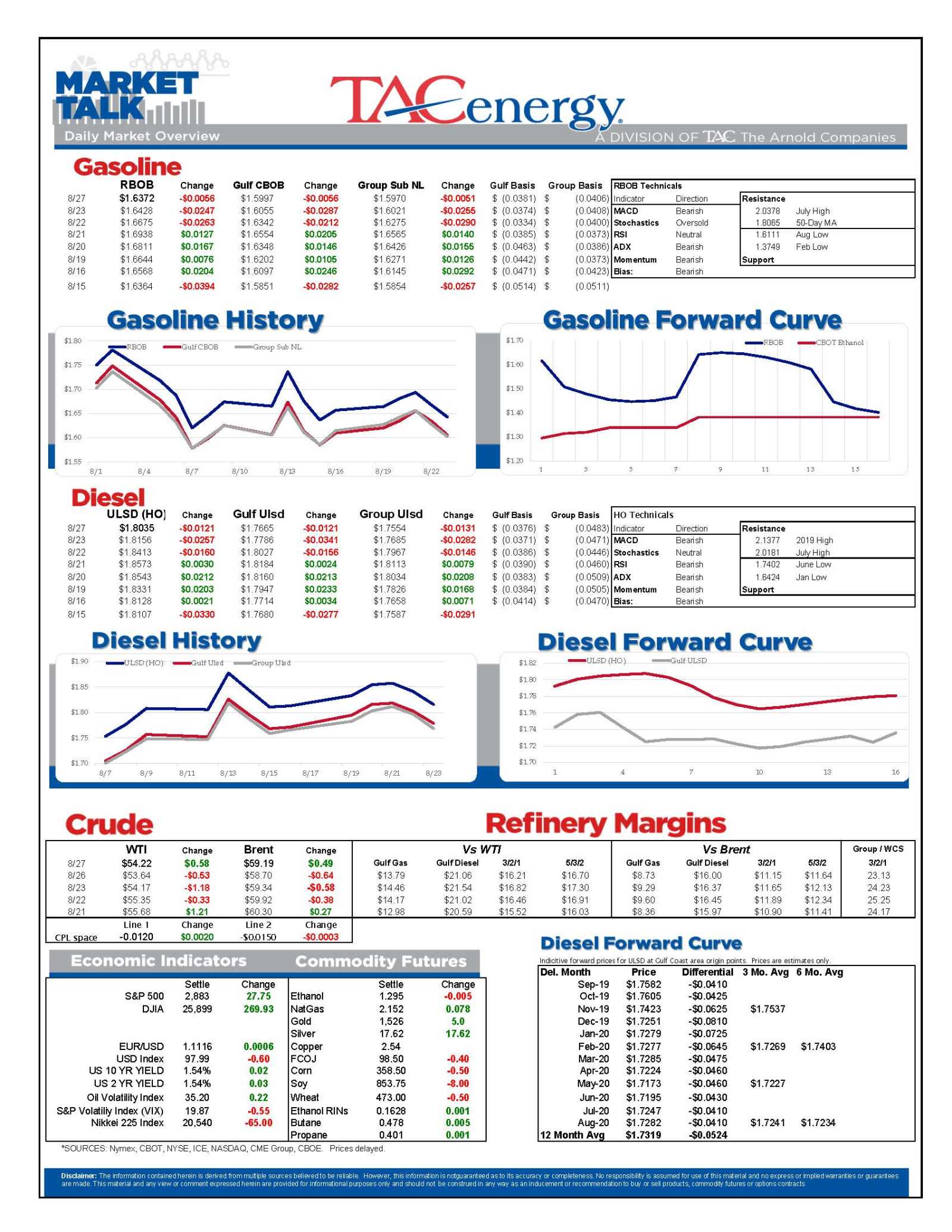