Prior Aviation Services Inc. changes over to TAC Air

When the Los Angeles Rams limped home after losing to the Buffalo Bills on Sunday, dozens of players and staffers boarded their charter flight to California outside Prior Aviation's executive terminal at Buffalo Niagara International Airport. So did the Toronto Blue Jays as they departed their 2020 home at Sahlen Field for the American League playoffs in St. Petersburg, Fla., as did their Sunday opponents in Buffalo – the Baltimore Orioles. In fact, five commercial-sized charters accommodated hundreds of passengers Sunday through the Prior facility – an airport mainstay since 1961.

But beginning Thursday, the brand established by the late aviation pioneer Jack Prior will be replaced by TAC Air, the Dallas-based company serving as fixed base operator at 15 other airports throughout the country including Dallas, Hartford and Knoxville, Tenn. After purchasing the company from the Newman family that has owned and operated Prior for the last 20 years, TAC will now not only coordinate charter and private aviation in Buffalo, but provide fueling, de-icing and a host of other services for commercial carriers and UPS cargo, too.

"To have 11,000 general aviation departures per year here is pretty good," said Tad W Perryman, TAC vice president of marketing during an airport interview. "You look at all the sports and business activity here, and there is definite opportunity in this market."

Fixed base operators serve an important function at busy airports like Buffalo, operating the general aviation terminal on the airport's north side that includes lounges, meeting rooms, concierge services for local hotels and a Hertz rental car desk. It will also tow and store the private aircraft in its own hangars, leasing all its facilities from the Niagara Frontier Transportation Authority (paying about $947,000 annually in rent).

The TAC Air facilities cover more than 126,000 square feet of office space in four structures housing private aircraft, charter services, U.S. Customs and Border Protection and a flight training school. Most of Prior's approximately 120 employees are expected to remain on the job after the TAC transition.

Sports teams constitute a big portion of the business, but so do Las Vegas-bound gambling charters and the many private planes ferrying business people in and out of Buffalo. As a result, TAC plans major cosmetic upgrades to the current terminal and hangar facilities, which Perryman said reflects the company's commitment to presenting a first class image to influential business executives and making Buffalo a "real general aviation destination."

"This is the first impression of the city and it has to demonstrate what the city sees as important," Perryman said. "It's about cleaning up the campus and establishing an image of what Buffalo is all about, and changing and modernizing to make this a presentable gateway to the city."

But airline activity at Buffalo has decreased by about 85% because of Covid-19 effects, NFTA officials say, and private aviation is feeling the pinch too. However, Perryman said the industry is "bouncing back nicely" as many passengers feel safer aboard private aircraft than in the big commercial planes cramped alongside dozens of other passengers.

"If you have the capacity and the means to protect your employees or family like this," he said, "you find a way to make that work."

Prior Aviation President Clark C. Newman said the company started by his father will continue a presence at the airport with charter, aircraft and flight management services. 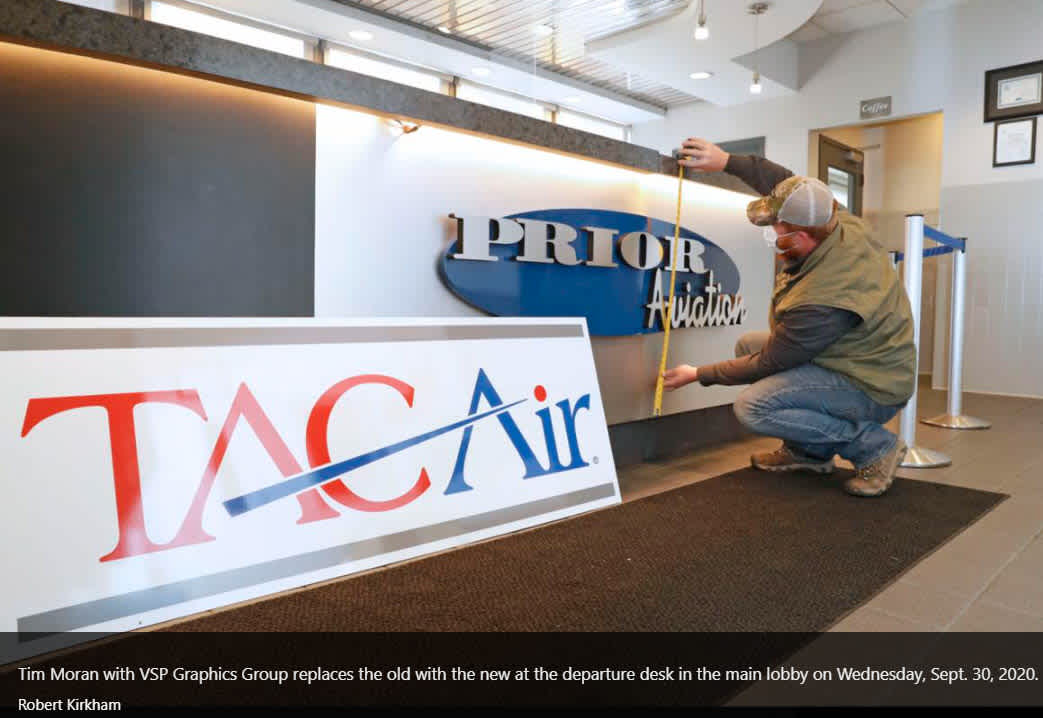 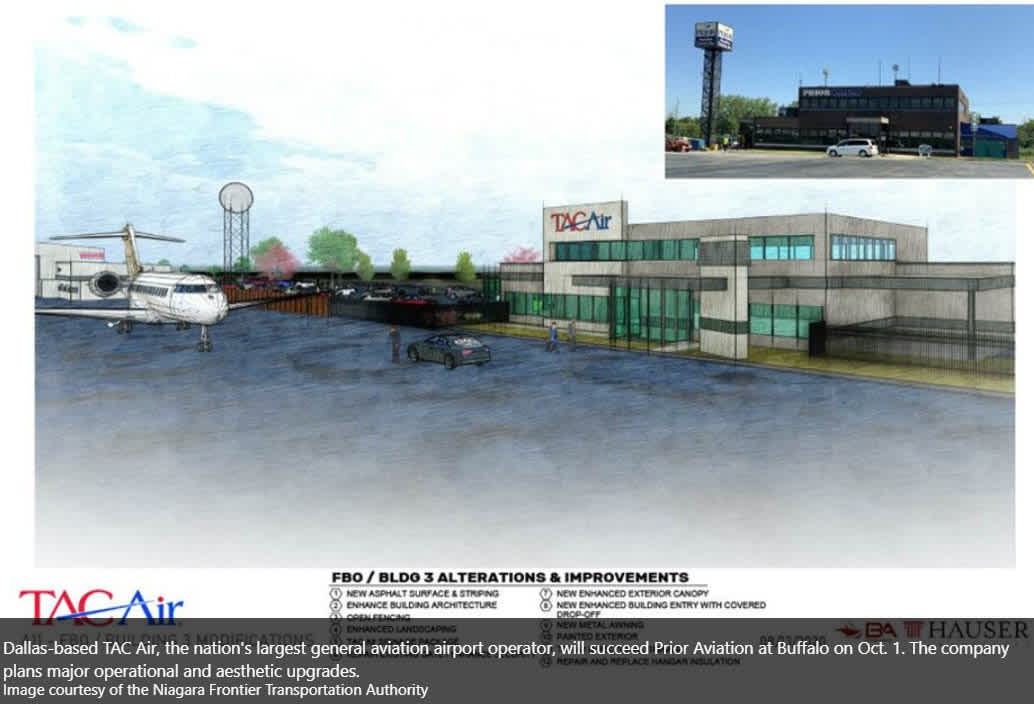