A wave of selling gripped energy markets overnight, snapping a four day streak of fresh highs, but not yet breaking the upward sloping trend-lines that have helped the rally in energy prices near 90% over the past four months. The big question of the day is whether or not the buyers will step in, as they have numerous times during previous pullbacks.

It’s the last trading day for March RBOB and ULSD futures, so watch the April contracts for price direction today in those markets that haven’t already rolled. You’ll see RBOB futures prices “up” about 8-9 cents when the April contract takes the prompt position next week as the spec changes from Winter grade to Summer grade. Note that spread is around half as large as it has been in years past, thanks in large part to the EPA’s RBOB specification streamlining rules put into place last year, and the current tight supply situation for prompt barrels due to the rash of refinery shutdowns.

Group 3 ULSD is taking on the role of the most interesting basis market in the country this week, an unusual position for the normally sleepy Midwestern market that tends to be much less volatile than the neighboring Chicago market. Diesel deliveries have plummeted thanks to a handful of refinery shutdowns in the region and the temporary shutdown of Explorer pipeline last week, and now the draw to pull barrels into Texas.  Basis values have reached the highest in more than three years, as regional supplies on a days of supply basis have dropped to their lowest levels in five years.

Big changes in the “other” Americas.  Brazil’s Petrobras is going through a major leadership overhaul, and Mexico looks like it’s going the opposite of green as reports suggest it will increase coal production, and allow refineries that have struggled to meet new tighter fuel specs to continue operating and sell off-spec products.

News that the U.S. struck Iranian-backed militia in Syria didn’t seem to concern markets in the slightest this week, a sign of the excess capacity sitting on the sidelines in the Middle East acting as a price buffer for markets. 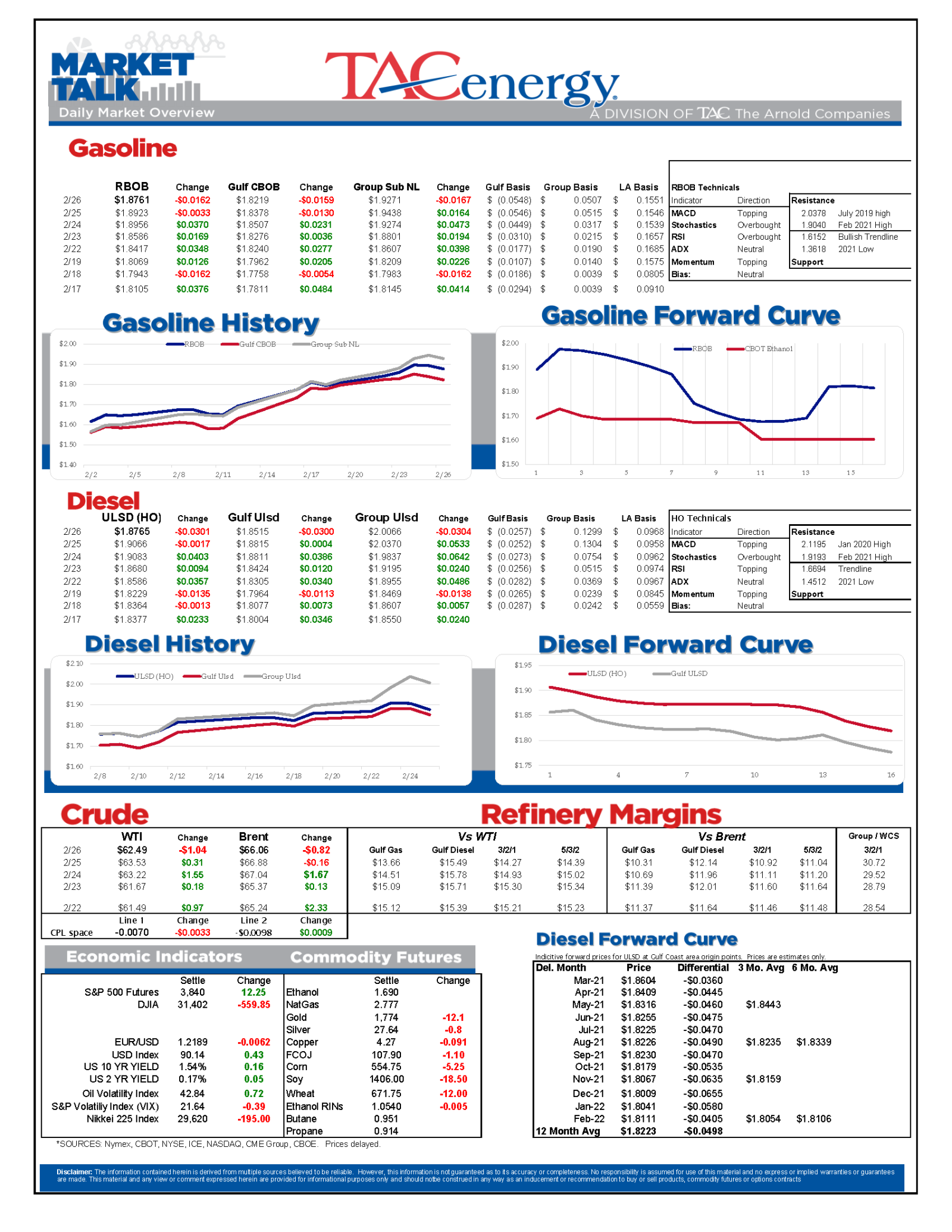 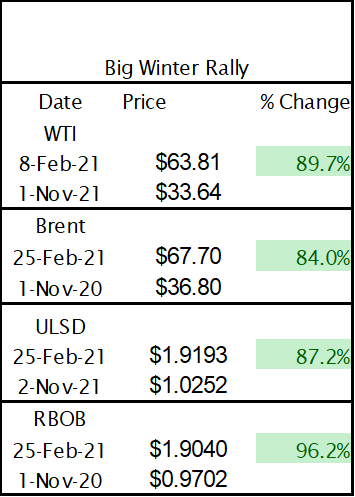 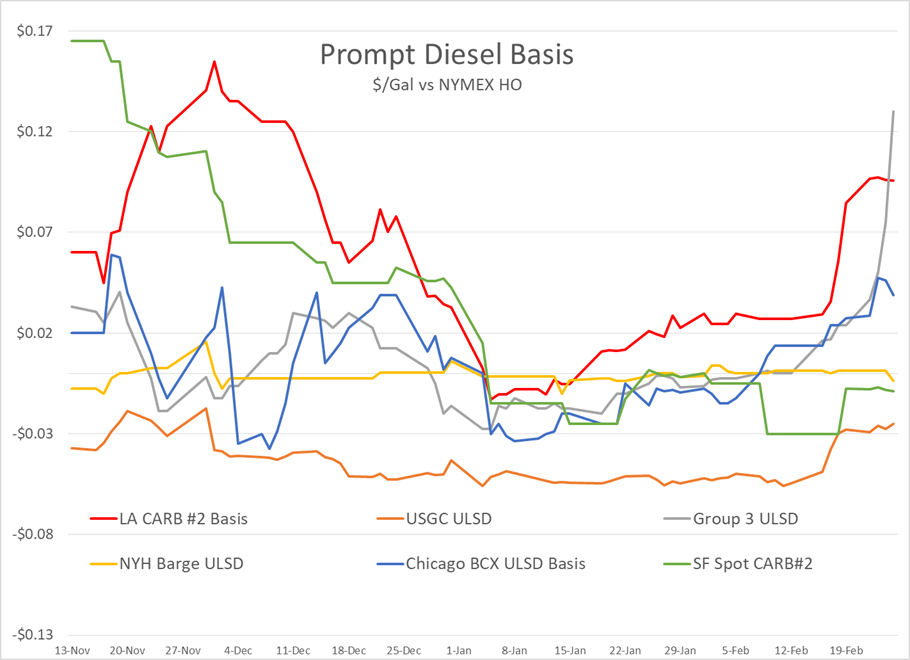