It’s been a busy month worth of trading this week as fuel prices and renewable credits all face a bout of whiplash. Gasoline and diesel contract managed to wipe out Tuesday’s big losses that approached 10 cents in many markets with even larger gains Wednesday, only to start Thursday’s session dropping back 5-6 cents.

The blockage of the Suez canal got way too much credit for Wednesday’s big price rally, as the issue is expected to be cleared by the weekend, and should not have any long term impacts. If the event was the main driver of the price action during the rally, we would have seen time spreads strengthen, reflecting the short term supply crunch, which just didn’t happen as prices were up big across the forward curve. Want another reason why that probably wasn’t why prices rallied yesterday? The ship is still stuck this morning and prices are down 3%.

The DOE’s weekly report showed that the great refinery recovery continues, but Gulf Coast (PADD 3) runs are still 800mb/day below where they were prior to the polar plunge. Plants in other regions are taking advantage of the disruption, with East & West Coast refiners increasing rates to their highest levels in a year to capitalize on the (recently) rare window to make healthy margins caused by the widespread outages and slow recovery.

Gasoline imports remain nearly 2X normal levels for this time of year as replacement barrels for those lost from downed refineries are arriving. That phenomenon may help explain some of the strength in RIN pricing over the past month as those imported barrels require purchasing a full slate of RIN codes to comply with the RFS.

Demand estimates from the DOE were sluggish last week – and certainly didn’t help explain the big price jump following the report – with distillate consumption dropping sharply over the past two weeks while gasoline has stagnated.

An EIA report this morning highlights the vastly different refining landscape in the U.S. – which for decades has been the world leader in refining – and China, which surpassed U.S. output for most of 2020. 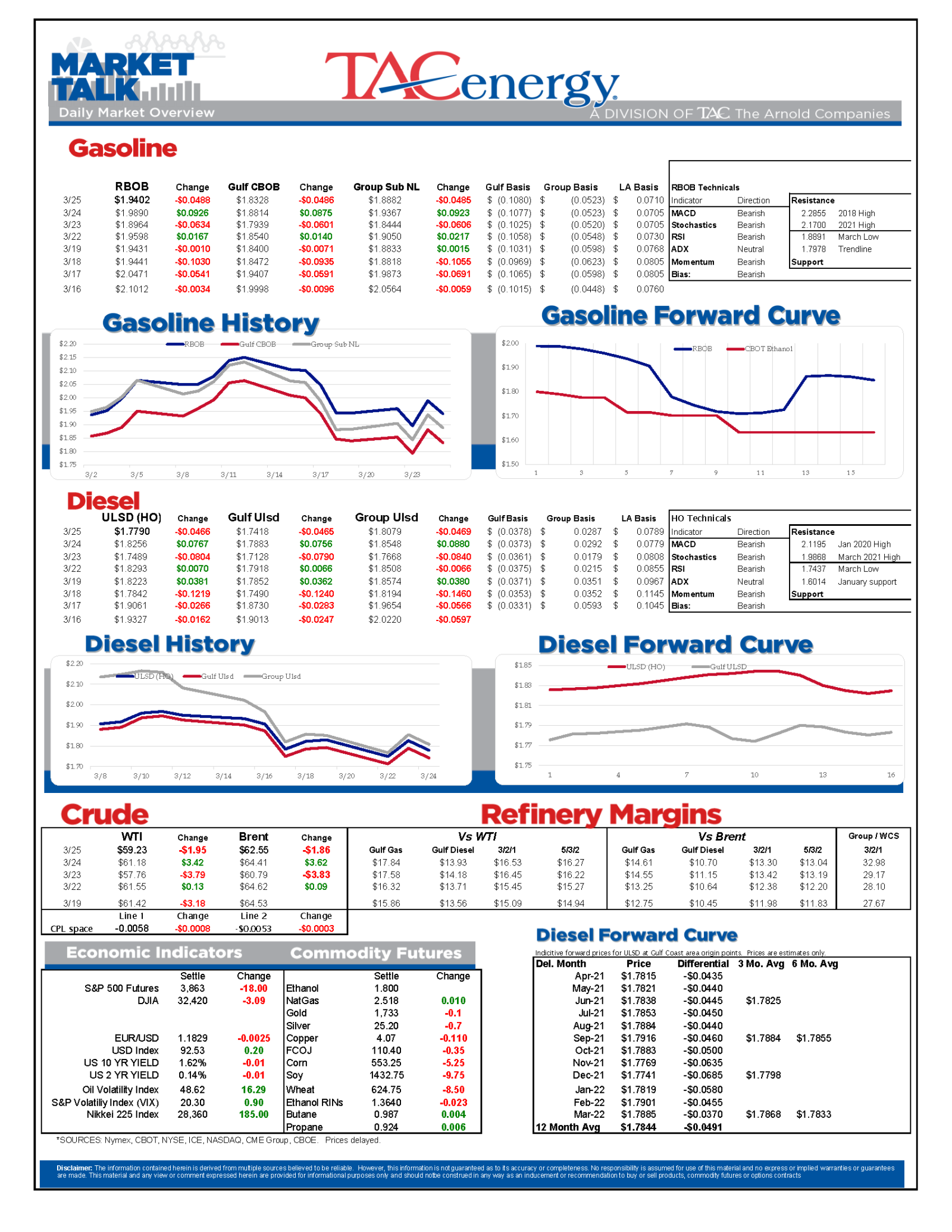