Gasoline Futures Have Rallied 43 Cents Since Setting A Low Of $3.02 Last Thursday

Gasoline futures have rallied 43 cents since setting a low of $3.02 last Thursday, and diesel prices are up 20 in less than 2 days after the low end of the July trading range held support and now the bulls look like they’ll make a test of the top. This type of action is common in a sideways pattern, where the path of least resistance is a big move higher when sellers fail to breach chart support, and the reverse is also true if this rally fails to break resistance.

The $3.50 range looks like it could be a pivotal test for RBOB futures, with a run at $3.80 likely if that layer of resistance fails to hold. The outlook is less clear for ULSD, but a sustained move above $3.60 should be enough to get another 20 cent rally in the near future. Some good news in the rally for consumers: Most US markets are resisting the pull higher from futures, with basis values continuing to decline. The exception is the NY Harbor market which continue to outpace futures by 20 cents or more, and holding 50 cents above its Gulf Coast counterparts, which has caused values for space on Colonial’s line 1 to jump this week.

Russia’s latest move in the global energy chess match is getting much of the credit for this week’s rally, with natural gas prices spiking on news of yet another reduction in flows to Europe on the Nordstream pipeline, and the rest of the petroleum complex going along for the ride. European countries have agreed to a 15% gas supply cut this winter in their counter-move, but that announcement has done little to calm prices so far. This WSJ article explains why the clean fuel push of the past few years made Europe more susceptible to Russia’s energy weapon with the current result that coal usage is rapidly increasing with other options holding somewhere between slim to none.

It’s the busiest week of the quarter for earnings releases, and refiners are expected to smash profitability records after crack spreads spiked during the second quarter. Even though margins have dropped over the past month, and the forward curve has them priced in lower than current levels, the outlook remains strong for those companies that were able to get their facilities through the pandemic. See charts below.

The CME’s FedWatch tool shows the market pricing in a 75% chance of a 75 point hike in its target interest rate tomorrow, and an 80% chance that they’ll increase an additional 1% by year end. With so much certainty that the FOMC will continue its most aggressive monetary tightening in decades this year, the big bets now seem to be whether or not those rates will start to ease again in 2023.

Given that the two most influential groups for energy markets globally are OPEC and the US Federal Reserve, it’s not too surprising that the CME is now publishing an OPEC watch tool along with its FedWatch tool. That tool estimates an 83% chance of the Cartel keeping its production plans “as is” at next week’s meeting, while 13% are betting on additional increases, and 3% are betting on a lower output agreement. 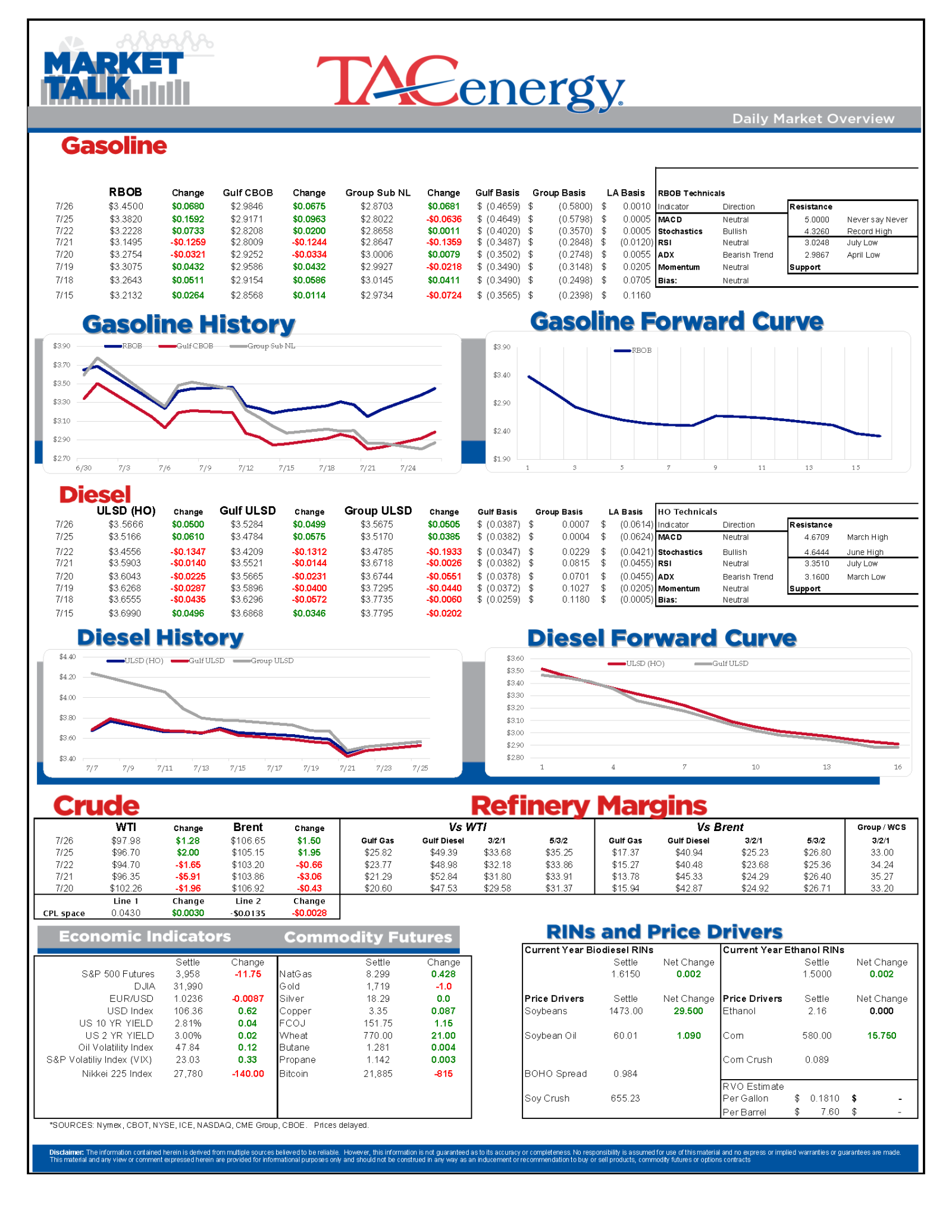 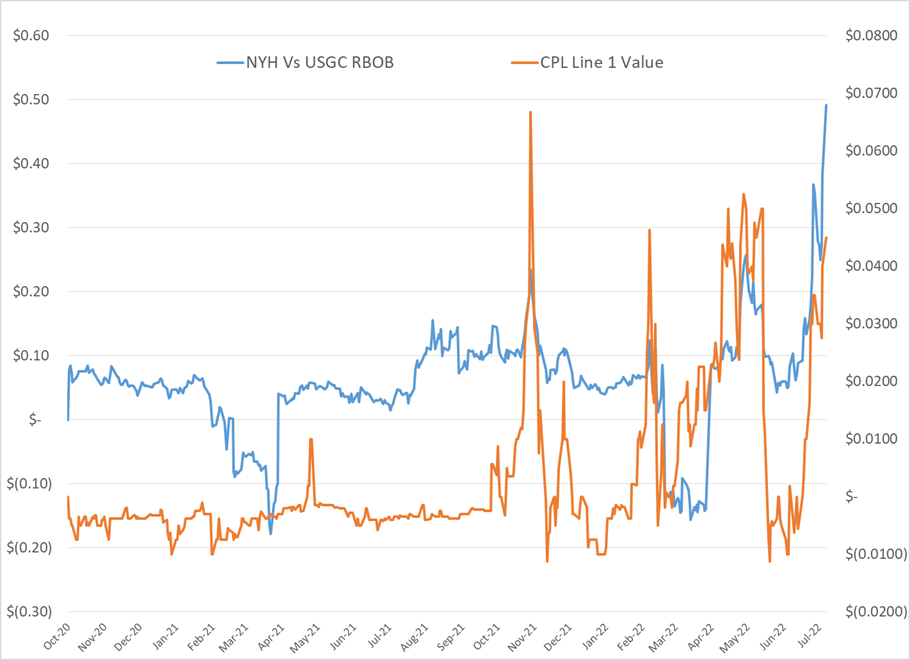 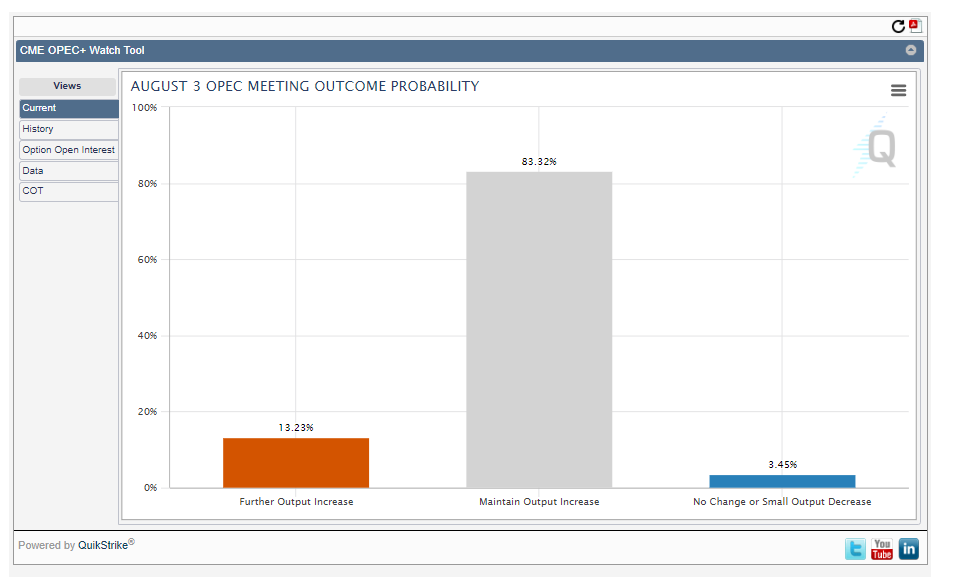