How Will The Election Impact Oil Production?

Despite large declines in inventories, RBOB futures are tumbling to start Wednesday’s session as the latest forecast track for Laura seems to have taken the worst case scenario off the table, even as the storm rapidly intensified overnight.

Hurricane Laura is now a Category 3 hurricane, and could become a Category 4 before it hits the coast overnight tonight with over 120 mph winds. The models released at 1 a.m. shifted the storm’s path slightly east, closer to the Lake Charles, LA refineries, and further away from the Port Arthur/Beaumont plants. The latest track moves the Houston and Galveston refineries outside the forecast cone, which rules out a direct hit on that area, and may help explain the pullback in futures this morning.

While almost all of the refineries in the area, representing 20 percent of the country’s total capacity, are either shutting down or preparing to idle some units as a precaution, right now it looks like the Lake Charles area facilities are going to get the worst of Laura’s surge as they’re on the more dangerous side of the storm.

Why this storm won’t be the “next Hurricane Harvey” in terms of energy supply disruption: Harvey stayed on the Gulf Coast for a week, and dumped five feet of rain on some spots. Laura will make landfall Thursday morning and be into Central Arkansas by Friday. Although 10-15’ of storm surge and 15” of rain is nothing to take lightly, the recovery efforts from the damage that is certain to be done along the coast can begin much faster since this storm won’t stick around for long.

The API was said to show large declines in oil and gasoline stocks last week, of 4.5 and 6.4 million barrels respectively, while diesel inventories built by 2.3 million barrels. The DOE’s weekly report is due out at its normal time this morning, and will likely be ignored as the storm has made last weeks’ figures irrelevant.

Wondering how the election may impact oil production? Take a look at this Rystad Energy study on oil output during the past 80 years by President and party. The study suggests that the potential restrictions imposed on oil drilling should a new president be elected may actually increase oil output as it will make onshore shale plays more profitable. 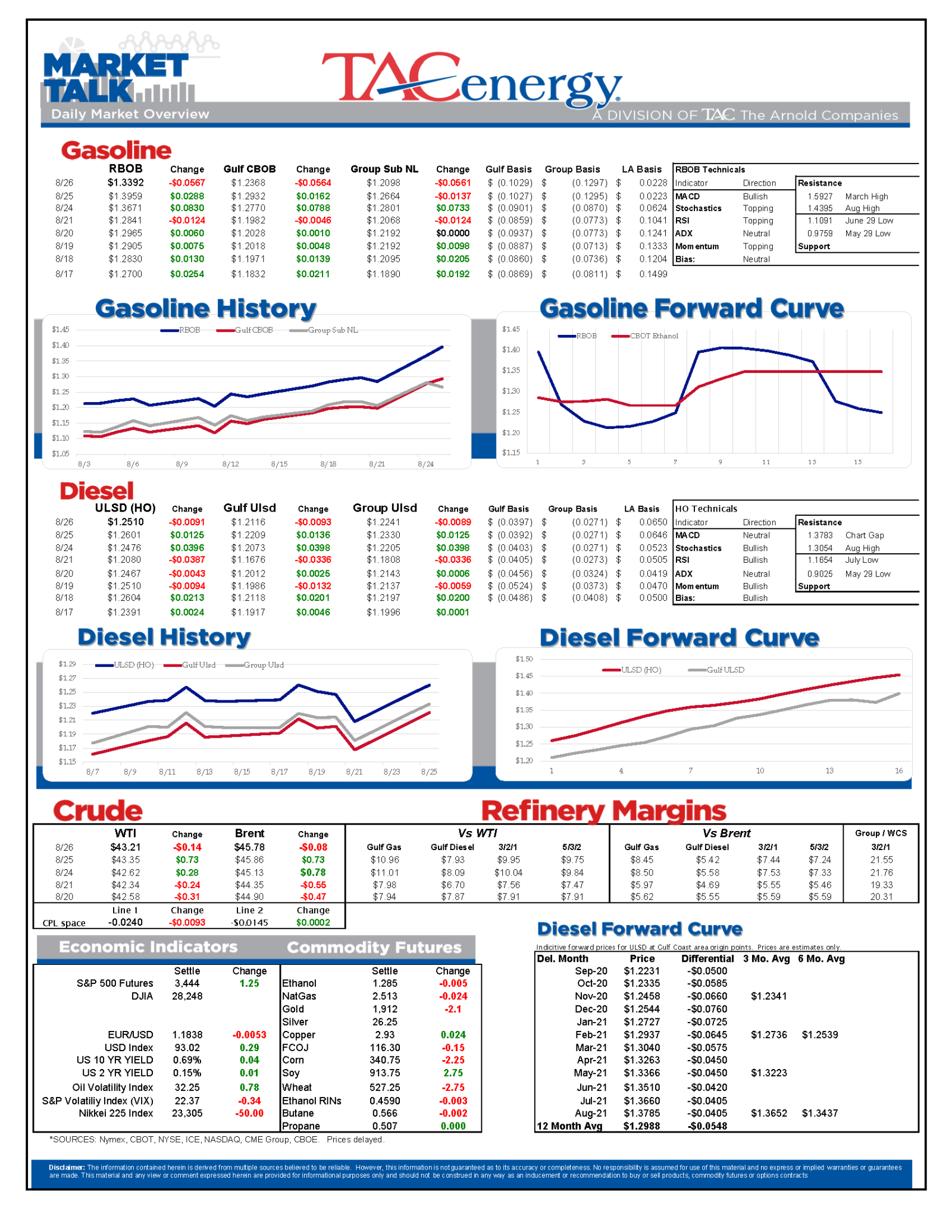 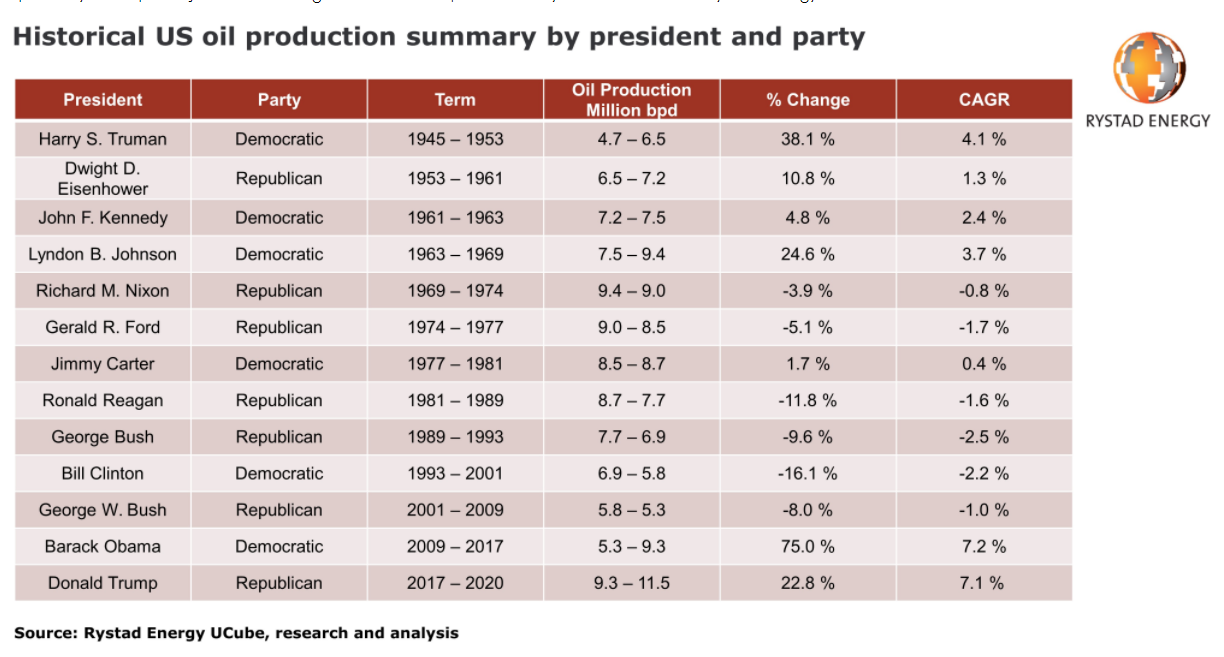