Markets around the world are transitioning from full panic to major discomfort as the Russian war on Ukraine continues, but the fallout has been isolated so far. This time yesterday brought with it breathless comparisons to other notorious market shocks, as Europe was not only facing its most severe military conflict since WW2, but it came with an only-slightly-veiled threat of nuclear war should other countries try to intervene.

Equity markets staged a huge recovery Thursday afternoon, and energy prices pulled back sharply, as traders digested the new reality that most have only read about in history books online, with several factors seeming to play into the calming down we witnessed throughout the day.The US President had promised sanctions would be “swift and severe” if Russia invaded Ukraine.  Thursday he announced a variety of moves that may be seen as severe, but avoided cutting Russia off from the SWIFT payment system, which is seen as a way to keep a penalty in reserve if needed, allow European banks to continue receiving loan payments from Russian firms, and probably most importantly, allow for Russian energy exports to continue.

Expectations that the FED would take it easier on interest rate hikes to try and offset some of the economic impact of the war & sanctions also seemed to encourage stock markets. The CME’s FedWatch tool shows that 2 days ago, there was a 33% probability of a 50 point rate hike at the March FOMC meeting, but that likelihood dropped to 21% yesterday.

While the panic has subsided, we’re a long way away from a calm market. After refined product prices pulled back 15-18 cents from the overnight highs Thursday afternoon, energy buyers did step back in pushing prices 5-6 cents higher last night, only to see a drop to 2-3 cent losses earlier this morning. That type of volatility is to be expected as long as the fighting and constantly changing stance on sanctions continues.

Physical product trading in the US had a fairly muted reaction, with most regional cash markets seeing only small basis moves on low liquidity, which is common when the futures market goes wild. RIN values did move higher on the day as the risk of trickle down effects from Black Sea supply disruptions to grain markets took hold, but like the rest of the energy contracts those prices pulled back sharply from the initial round of panic buying.

The lack of reaction in USGC products was particularly noteworthy given the ongoing shutdown of the products pipeline FKA Plantation as the company investigates a leak in Georgia. Values for shipping space on Colonial had already jumped last week as the annual RVP transition opened up the Gulf-East Coast arbitrage window, and those values held steady Thursday, suggesting the big physical traders aren’t yet too concerned that the pipeline will be down for long. There are already reports that some retail stations in the US are seeing long lines as consumers fill their various forms of fuel tanks due to the Russian invasion, and if the Plantation line stays down for another couple of days, that phenomenon could get much worse.

Some notes from the DOE report Thursday (that no one seemed to pay attention to for more than a minute or two):

US diesel inventories declined for a 6th consecutive week, and are holding 30 million barrels (nearly 1.3 billion gallons) below their average for this time of year.  Demand both domestically and abroad remains strong, which helps explain why the coasts (PADDs 1, 3 and 5) are all tight, while the landlocked locations (PADDs 2 & 4) are relatively well supplied.   There’s a similar but less severe phenomenon with US Gasoline inventories which are slightly below average in total, with coastal markets seeing tighter supplies than normal. Another theme is that while supplies are well below year-ago levels this week, that’s about to change for many markets as refiners continue to operate relatively well through a parade of winter storms, and while there have been a handful of upsets, there is nothing even remotely resembling the disruption we were facing a year ago. 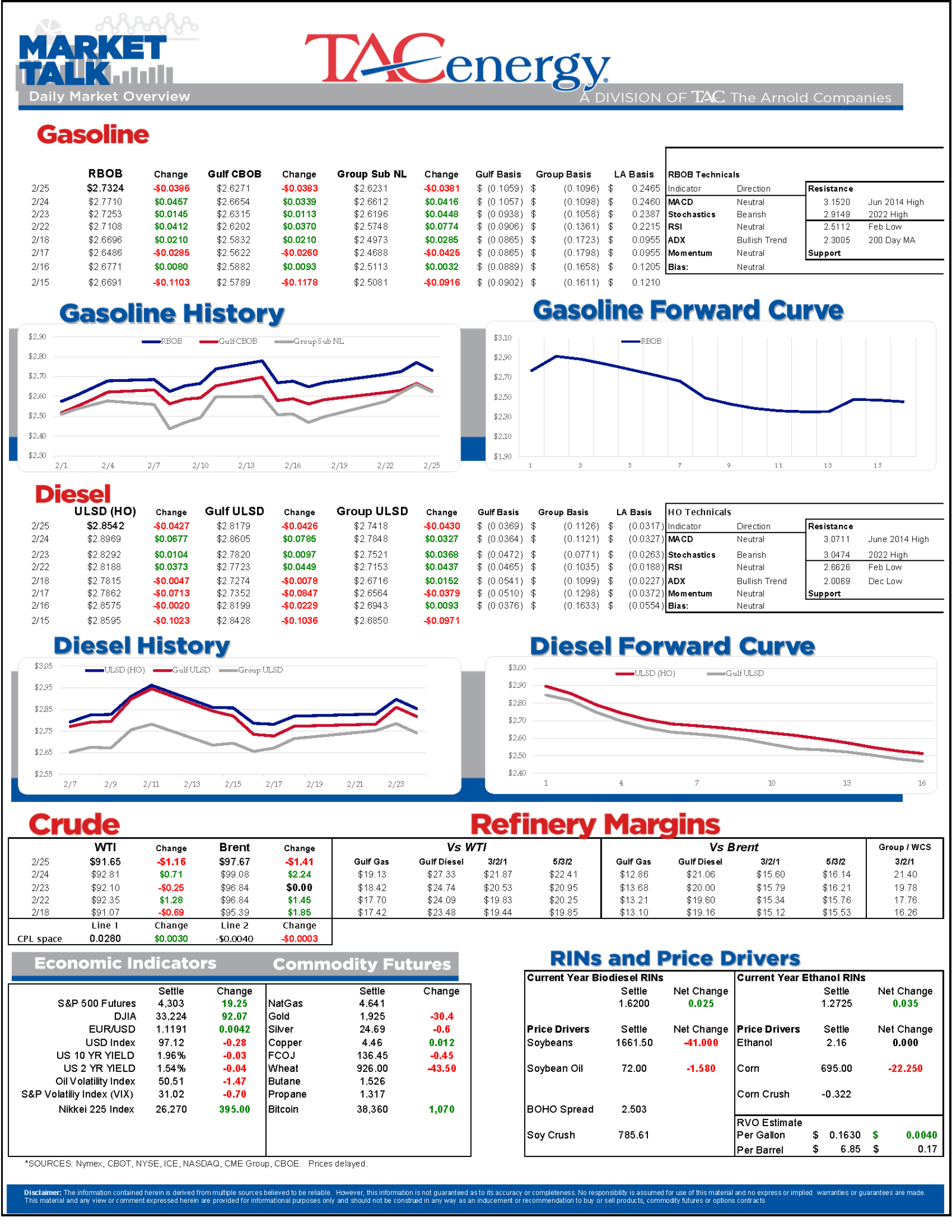 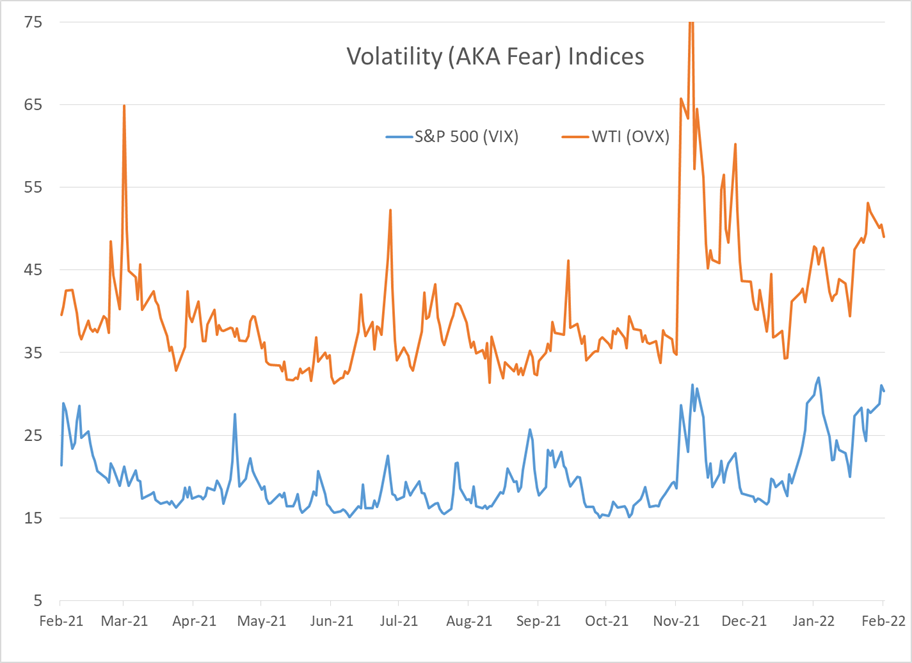 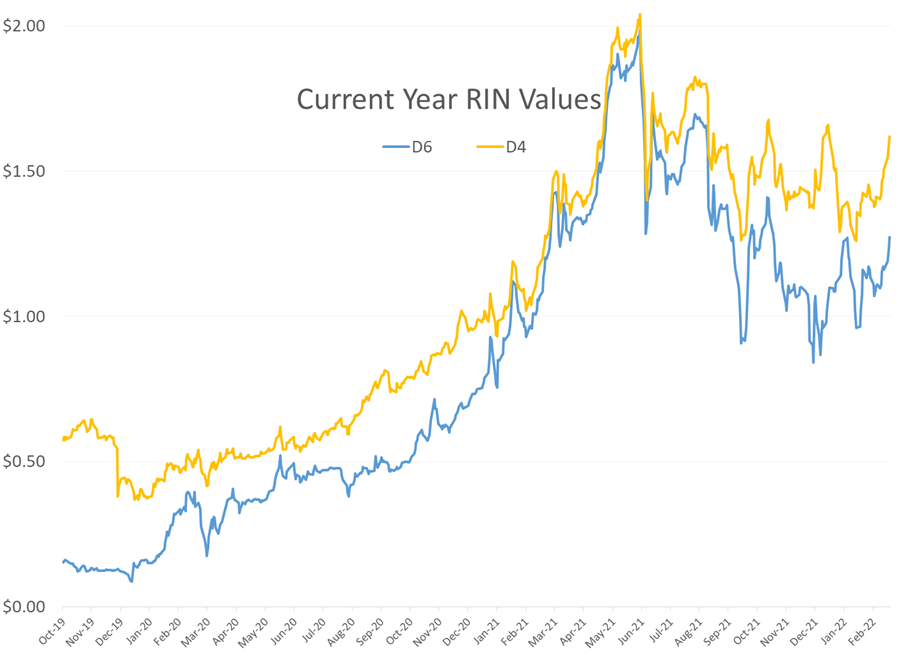