The melt-down continues as concerns about the potential impacts of the coronavirus continue to spread much faster than the virus itself, and markets around the world are experiencing a huge flight to “safety” that’s forcing many risk assets like stocks and energy commodities sharply lower.

If current prices hold, this would be the third consecutive seven cent loss for RBOB futures, which has happened only a few times in the history of the contract, and now marks a 40 cent drop from January’s high trade. ULSD futures are unimpressed by the action in RBOB as they’ve now dropped more than 66 cents since January 8.

As is often the case during mass-liquidation events, fundamentals were largely ignored, with some bullish figures in the DOE’s weekly inventory report only able to sustain a brief price rally before the selling took over once again. Despite concerns that the coronavirus will be the end of diesel demand as we know it, U.S. diesel stocks declined for a seventh straight week, and remain well below their five-year average, while the weekly demand estimate surged to the top end of its seasonal range.

Gasoline stocks saw a similar decline, while demand ticked higher for a second week, but of course none of that matters when the world is more concerned that the virus will prevent people from driving cars.

About the only two things not selling off: RINs and West Coast basis values. RINs got another boost following reports that the White House was agreeing to limit further small-refinery exemptions from the RFS, which propelled D6 ethanol values to two year highs.

West Coast cash markets were bid aggressively following the fire at Marathon’s LA-area refinery, and other units being forced to shut while damage was assessed. Overnight there were reports of a different refinery blip in the region, which could continue to push those basis values higher. 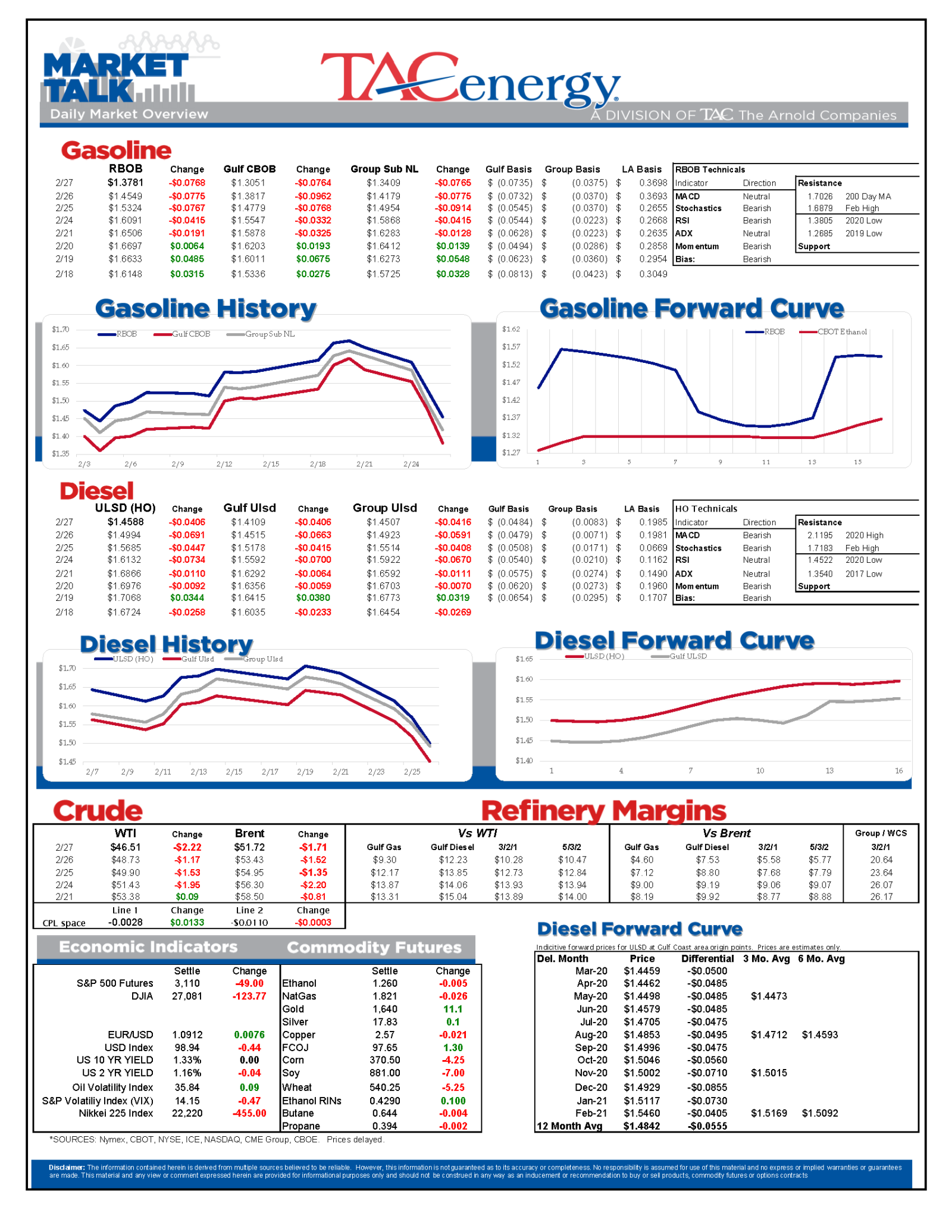 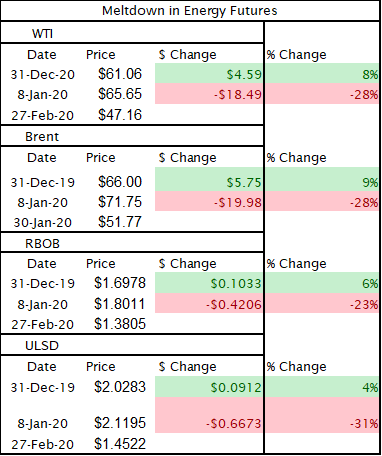 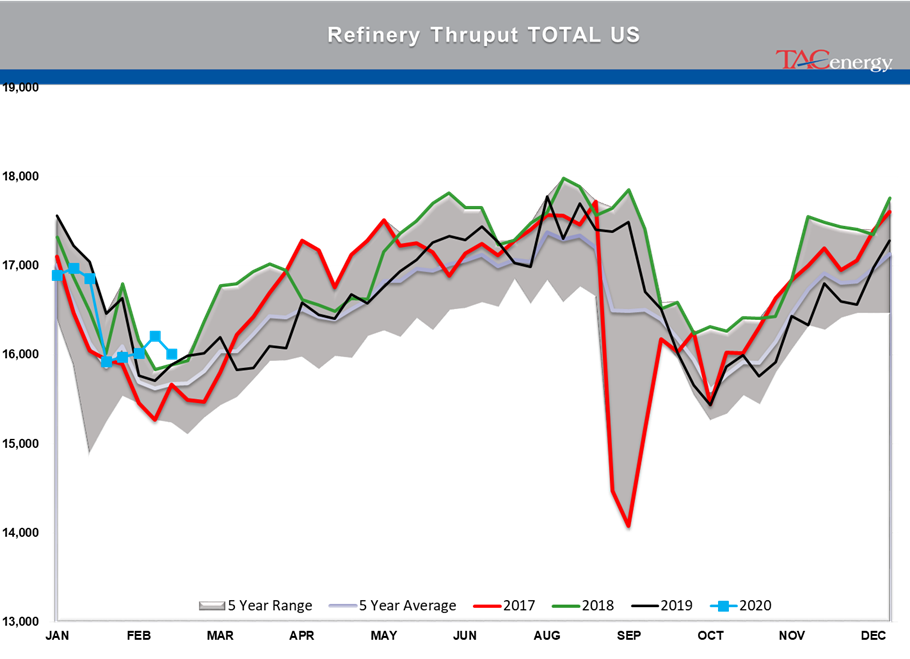