WTI traded north of $85 overnight and RBOB gasoline is above $2.52, both fresh 7 year highs as the petroleum bulls were able to maintain control despite a few rounds of heavy selling last week.  With those new highs set, the charts continue to favor a run towards $90 for crude, with some minor drag coming from diesel contracts that seem to have lost their luster with the investing community.

The most exciting market last week was New York Harbor ethanol that reached a multi-year high north of $3 early in the week, only to drop by 35 cents to end the week as the supply bottleneck seems to have relieved itself to the time being.  RIN markets also had a noticeable pullback on Friday after a strong rally earlier in the week.

Money managers were all over the place with petroleum contracts last week, with large increases in net length held in WTI, RBOB and Gasoil contracts, while ULSD and Brent saw sizeable reductions in the bets on higher prices.  There was a big jump in new short positions held by the large speculative class of trader in both ULSD and Gasoil contracts, while WTI saw a 22% drop in shorts last week.  Those moves by the large funds are correlating to the price action we’re seeing today, with RBOB and WTI both breaking to fresh 7 year highs while ULSD lags behind, needing another 4 cents to catch up to the rest of the complex.

Baker Hughes reported a net decline of 2 oil rigs working in the US last week, snapping a streak of 5 straight weekly increases.   Wyoming accounted for the bulk of the drop, with a net decrease of 3 rigs, while the other states combined to add 1.  A WSJ article Friday highlighted the challenges drillers are having finding employees and equipment (along with pretty much every other industry) which seems to be limiting the number of active oil rigs these days much more than price.  If you need a reminder of why we’re still extremely fortunate despite these tight supply chains, read about the explosion at an illegal Nigerian refinery last week.

While the US is facing a trifecta of severe weather this week with a Bomb Cyclone hitting the West Coast, Tornados threatening much of the south, and a Nor’easter pummeling the East Coast, the tropics remain quiet with just over 5 weeks left in the Atlantic Hurricane season, so any impacts this week are likely to be reduced demand in areas hardest hit, without any major threat to supply infrastructure. 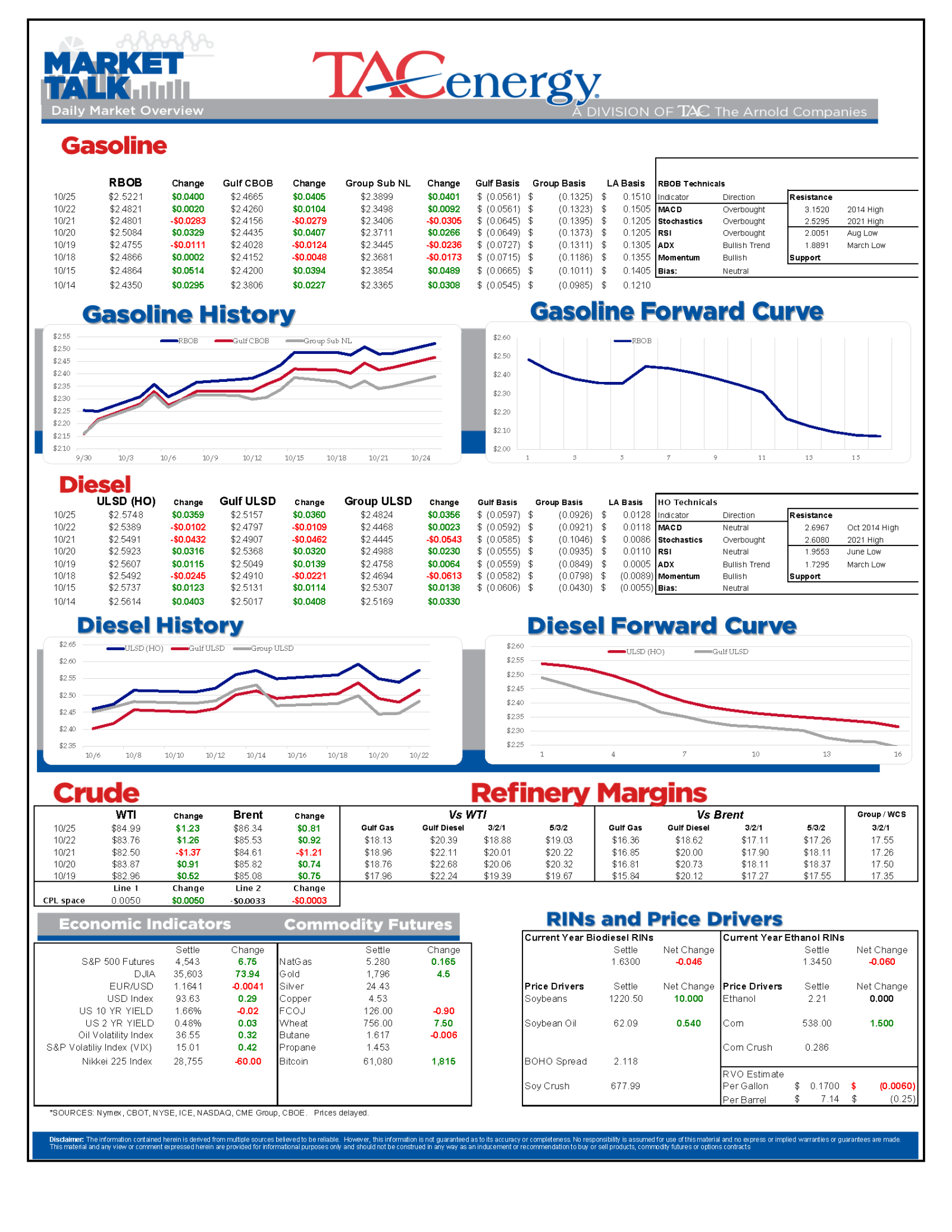 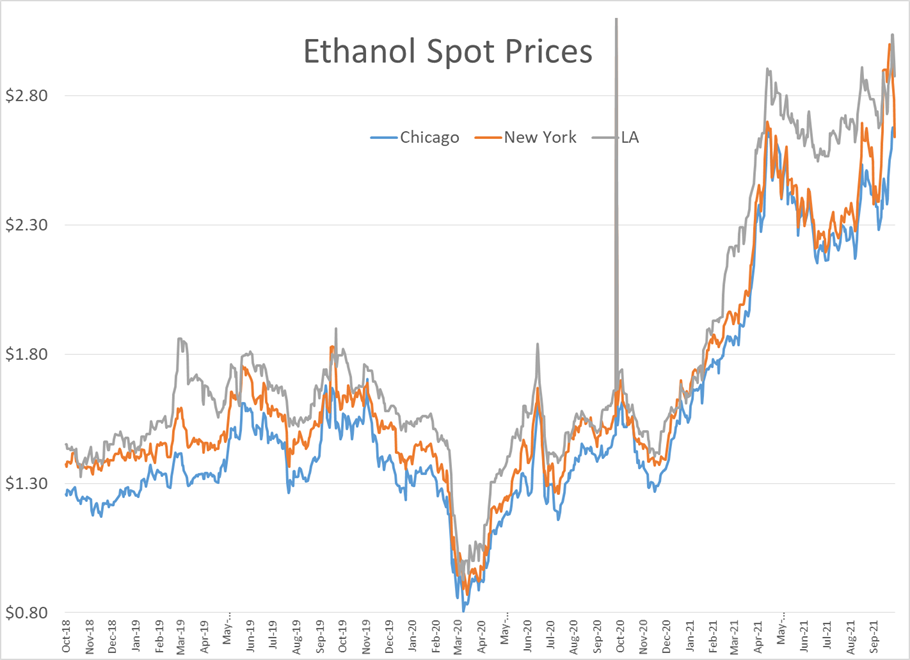 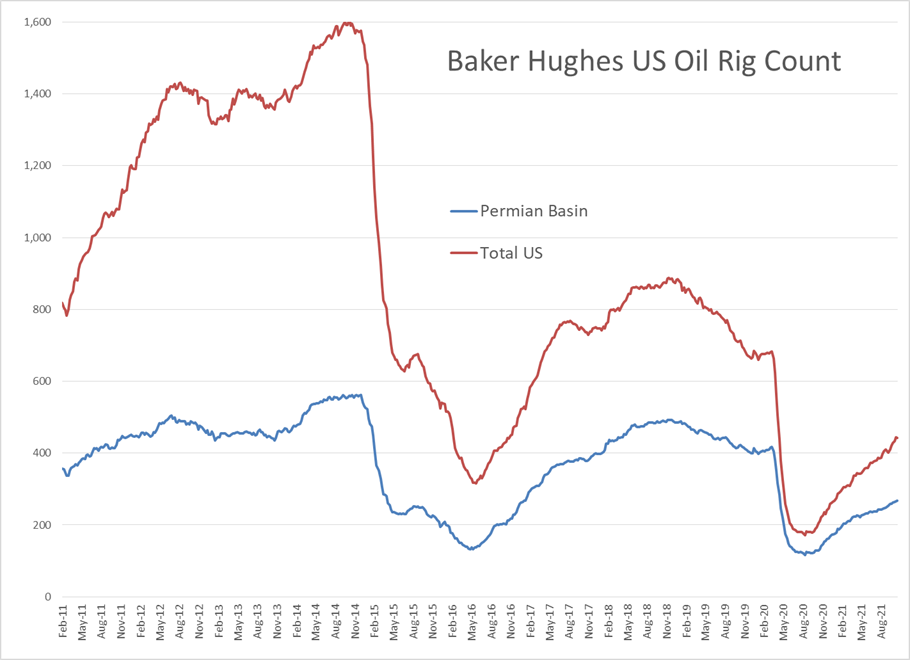