A modest bounce in the early hours of Wednesday’s trading turned into a serious rally late morning as a combination of technical and fundamental factors combined to give energy prices their biggest daily rally of the month so far. The healthy bounce off of support for oil contracts keeps prices in their sideways trend, which suggests we’re likely to see more back and forth action at least until the OPEC meeting at the end of the month.

While the timing of the rally had many wondering where the bullish data points were in a DOE report that wasn’t so bullish, it also coincided with reports that Vladimir Putin was signaling further cooperation with OPEC to keep the global market in balance.

Want to see why west coast gasoline prices have collapsed in the past week? Take a look at the PADD 5 gasoline chart below that shows regional stocks have gone from below their 5 year seasonal range to above it in just 1 week. 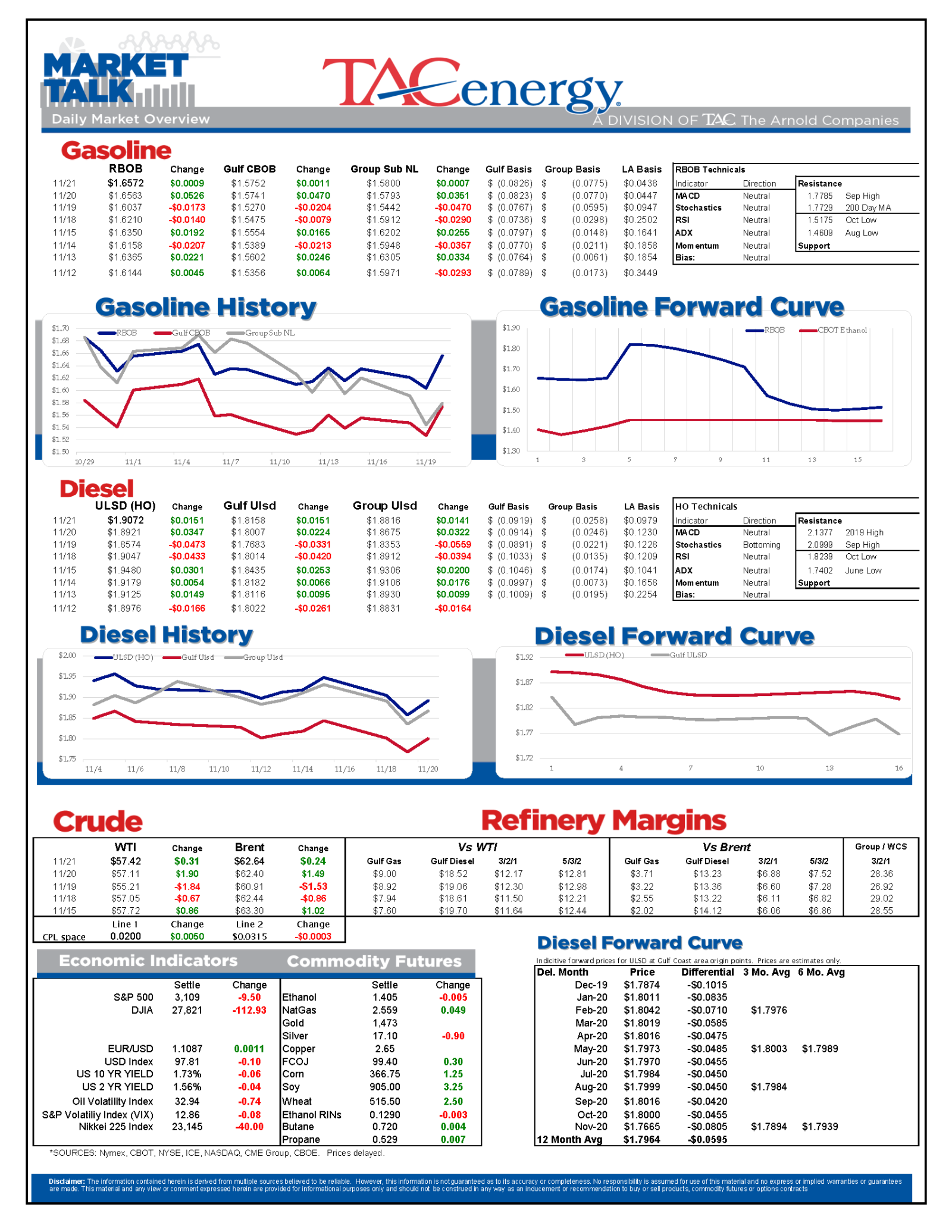