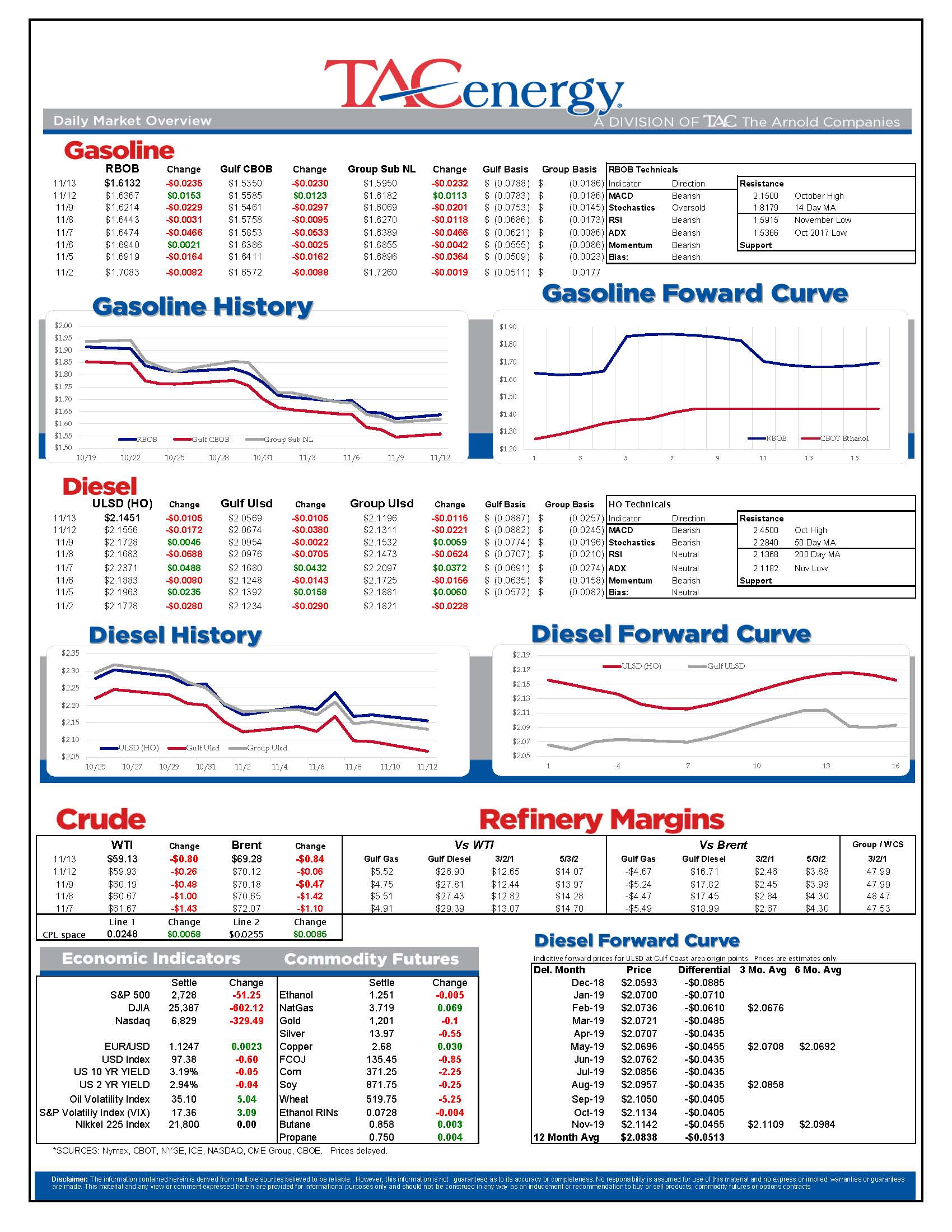 Monday Rally Failed To Hold On

The Monday rally sparked by promises of production cuts failed to hold on, and WTI settled lower for a record setting 11th session, and the selling continued overnight. RBOB gasoline futures reached a fresh 13 month low this morning, and WTI came within a few cents of reaching its lows for the year on what is shaping up to be day # 12 of its selloff.

The US/Saudi relationship continues to get more complicated after the Kingdom’s oil minister promised unilateral production cuts in December over the weekend, and the US President fired back that he hoped they would not Monday morning. The latest Twitter attack on OPEC & Friends is seen by some as making it more likely that the cartel will announce a new production cut in December as they fight to end the sell-off while also battling to prove they won’t be pushed around by the US.

Right on cue, OPEC’s monthly oil market report released this morning showed another month of increasing output, with gains from Saudi Arabia and UAE outpacing losses from Iran and Venezuela. The cartel’s forecasts also show a bearish combination of lower demand and increased supply estimates for 2019, and hints that the group may act in December to, “…support oil market stability”.

ULSD futures once again find themselves as a reluctant participant in the selling, as diesel stocks remain relatively tight compared to gasoline and oil. ULSD has traded below its 200 day moving average in each of the past 3 sessions, but so far has managed to climb back above that support every time. If we see that level break this week, charts suggest a test of the July lows around $2.04 is likely, but if it holds, it’s possible that strength in distillates could be a key factor in finally ending the petroleum price collapse. 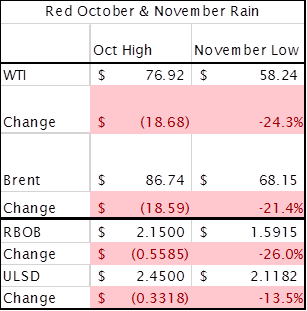 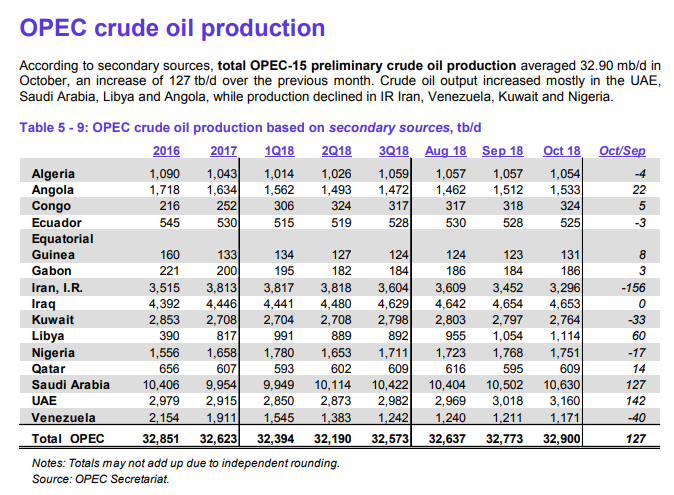 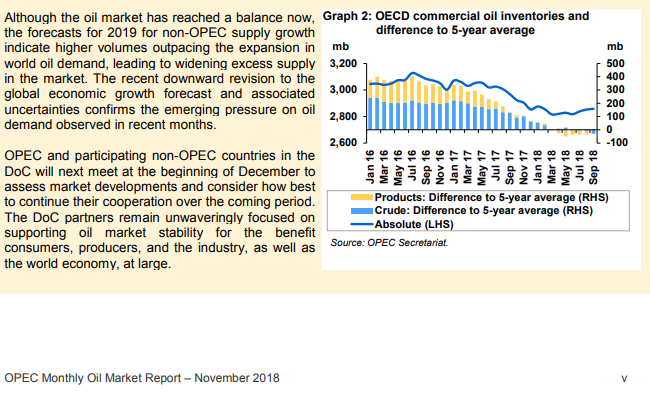