Energy futures continue to hold near multi-year highs, and multiple equity indices are holding at all-time highs as recovery optimism fueled by increasing jobs & manufacturing data seems to be edging out concerns about new travel restrictions keeping the upward trend lines intact for both asset classes.

It’s the last (trading) day of June, ending the second quarter and the first half of the year. It’s been another strong month for energy contracts (marking a seventh month of increases out of the last 8) with most blowing away pre-COVID price highs and trading to levels last seen in 2018 or earlier.

Most cash markets have already flipped to trading vs August futures, but for the remainder, make sure to watch the RBQ & HOQ contracts today as the expiring July (RBN/HON) contracts have minimal liquidity. As of this writing the last trade for both July contracts is nearly a penny/gallon lower than that for the august contracts, and the July Heating Oil hasn’t had a trade in more than an hour.

The API reported a large drop in oil inventories of more than 8 million barrels last week, while refined products had modest builds of 2.4 million barrels for gasoline and 428k barrels for distillates.  The EIA’s version of the weekly data is due out at its normal time this morning.

The second tropical system churning across the Atlantic is given 80% odds of development as it moves towards the Caribbean, and will need to be watched next week since there’s still a chance it could make it to the Gulf of Mexico. While the first system being tracked by the NHC is only given 10% odds, it may act like a lead blocker for the second storm and provide a favorable atmosphere for development. The 3 systems on the map this week are more typical of August than June according to one expert, and makes this  non-expert a little hesitant to think of what August (and September) might look like. 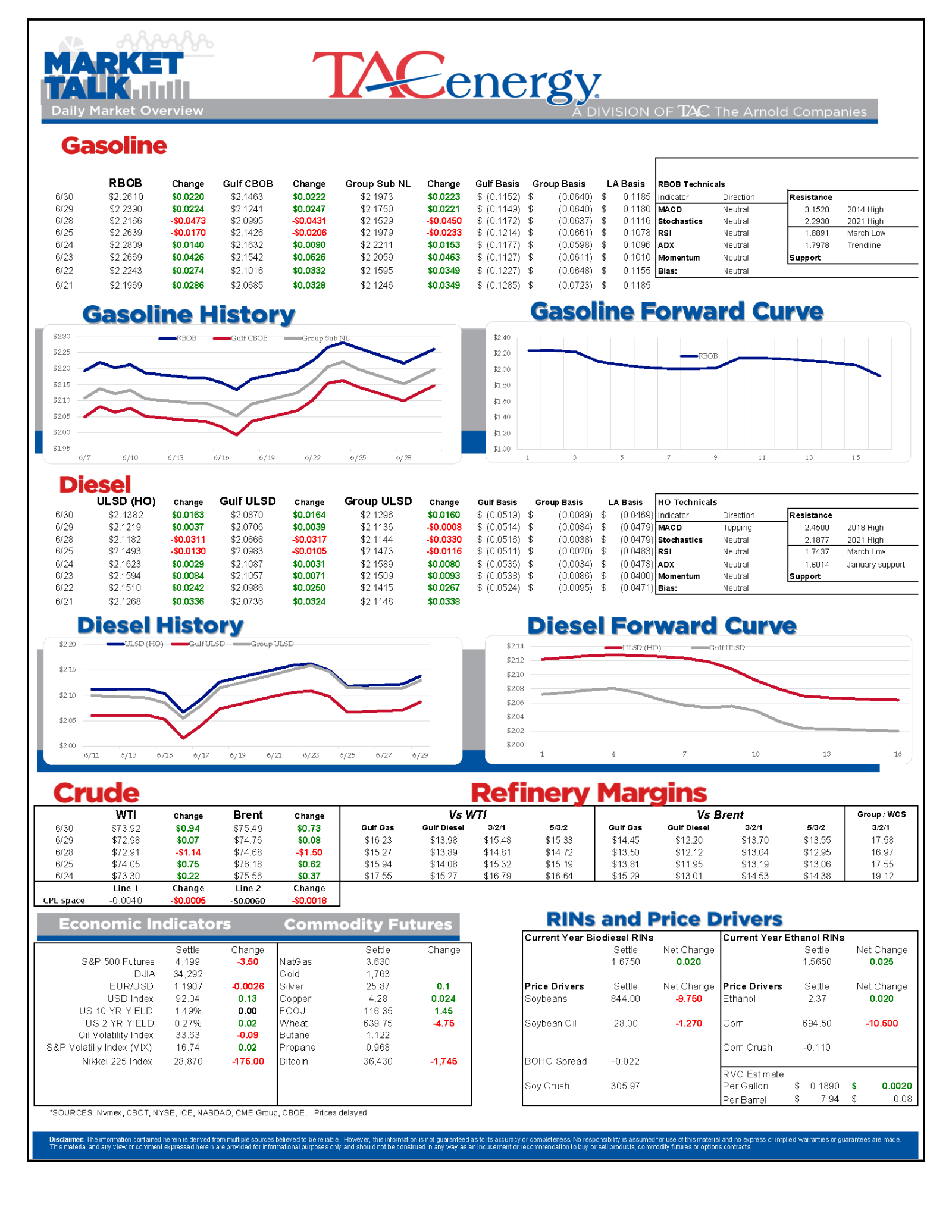 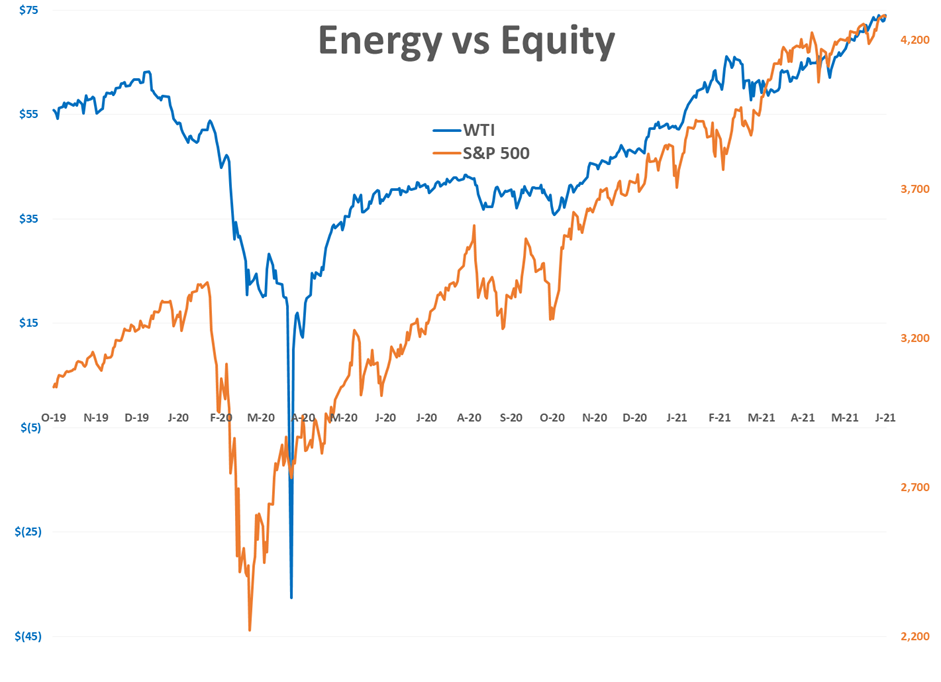 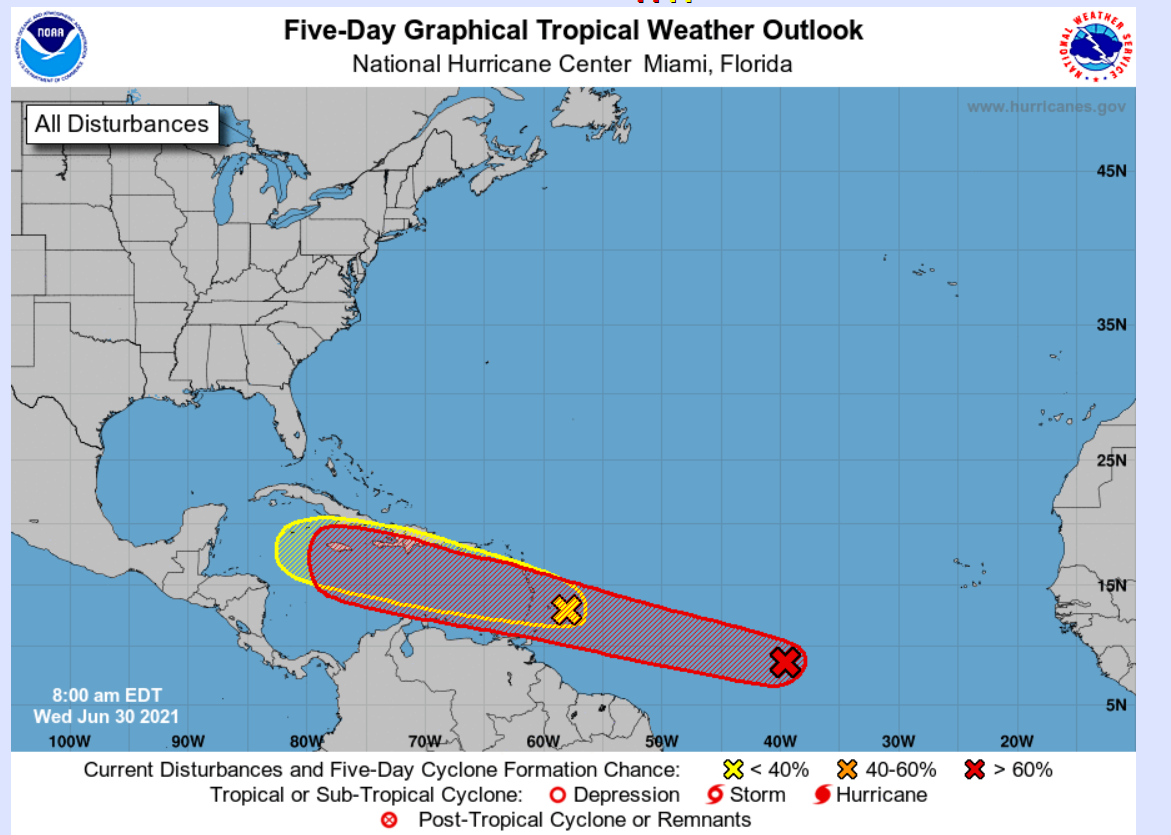