New Lockdowns Have Markets On Edge

Fear is in the driver’s seat to start the week as energy and equity markets face an early wave of selling. Rising COVID case counts and new lockdowns have markets on edge, and a lack of stimulus plan progress has many concerned that this could be a long and painful winter, and so far are keeping attention away from the fact that there’s yet another hurricane heading towards refining country.

Remember that system in the Caribbean that was given 20% odds of developing last week?  It’s now Tropical Storm Zeta, and is expected to become a hurricane heading towards (you guessed it) Louisiana later this week. The storm is on an eerily similar path to Delta’s earlier forecasts two weeks ago with the models taking it over the Yucatan, then on towards New Orleans with a landfall on the U.S. coast late Wednesday or early Thursday.

Will Zeta be the storm that ends New Orleans lucky streak? Already a handful of storms including Marco, Laura, Sally, and Delta were forecast to hit the big easy at some point, only to shift and make landfall on other parts of the Gulf Coast. The Lake Charles region has had the opposite luck, and although it’s currently out of the forecast cone, will no doubt keep a wary eye on this storm as well. There’s been a pattern that the early models underestimate how strong these storms will become as they move over open water. At this point Zeta is only predicted to reach Category 1 status, but is currently traversing the warm waters that saw Delta spike to Category 4 status in one day. Expect Gulf of Mexico rigs to be shut as a precaution, and if the storm stays on its current path, there’s a good chance the NOLA are refiners may start idling units as well to minimize potential damage.

So far the storm threat seems to have had little impact on energy futures, although RBOB gasoline is showing some resistance to the early sell-off that could be thanks to the storm risk.  Most contracts are trading at three week lows, and threatening a technical breakdown that could finally end the sideways trading pattern that’s held since June and push products back below the $1 mark. West Coast cash markets are bucking the weak trend in futures however, with reported refinery issues spurring diesel basis values to six month highs.

The latest big deal: Cenovus agreed to acquire Husky Energy as the two Canadian oil producers and refiners sought a merger to survive the COVID Crisis. You may not recognize Cenovus as a U.S. refiner, as they’re a JV partner with P66 in the Wood River, IL and Borger, TX plants, and will now also be involved with Husky’s Lima, OH and Toledo (JV w/ BP) operations. No word yet on how Husky’s marketing and supply office in Columbus, OH will be impacted, although job cuts at some level are expected to be part of the deal based on the dreaded term “Synergies” used in the announcement.

Baker Hughes reported six more oil rigs were put to work last week, marking the fifth straight week of increases in the U.S. drilling rig count. Although the uptick in activity is certainly a small amount of much needed good news for the beleaguered industry, keep in mind the total rig count is still less than 25% of where it was one year ago. 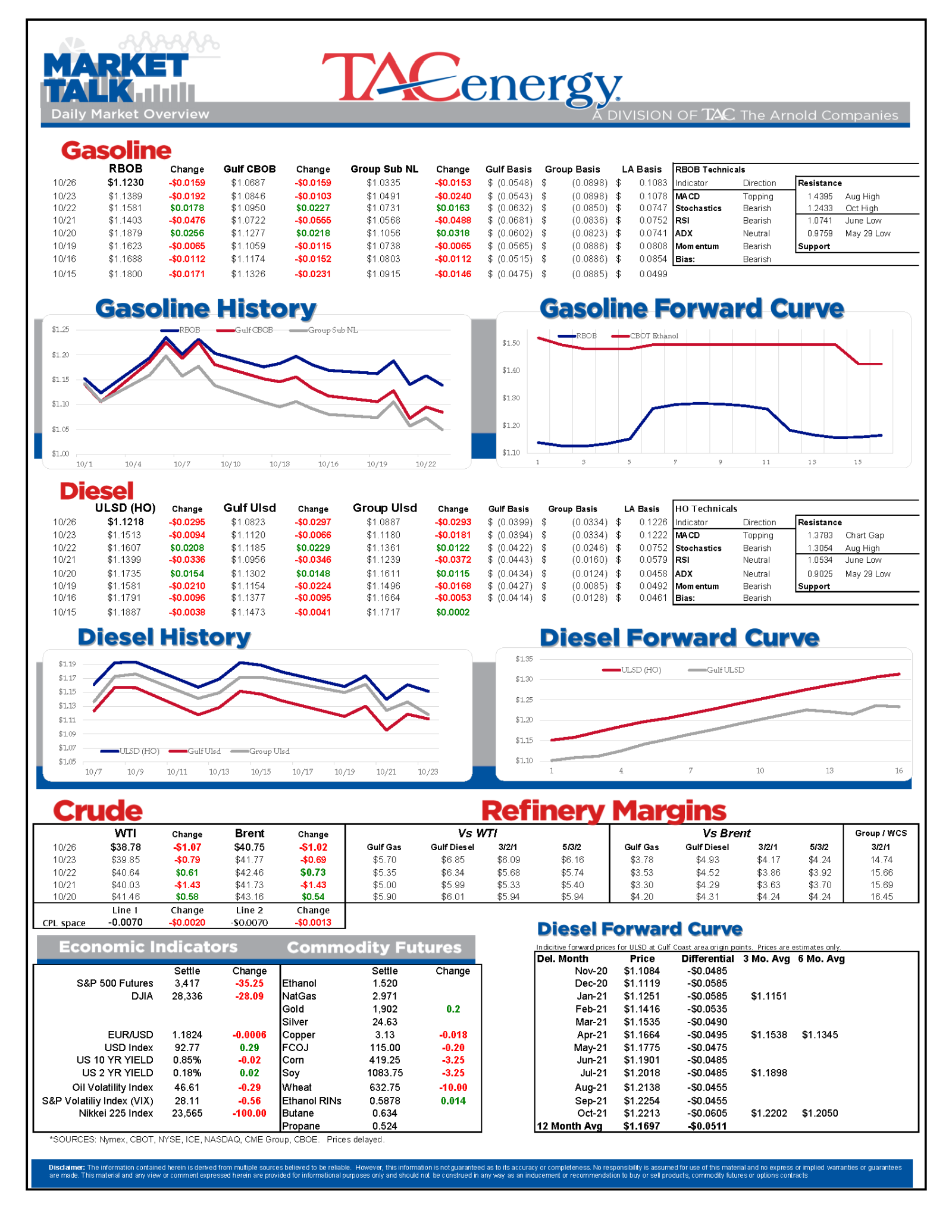 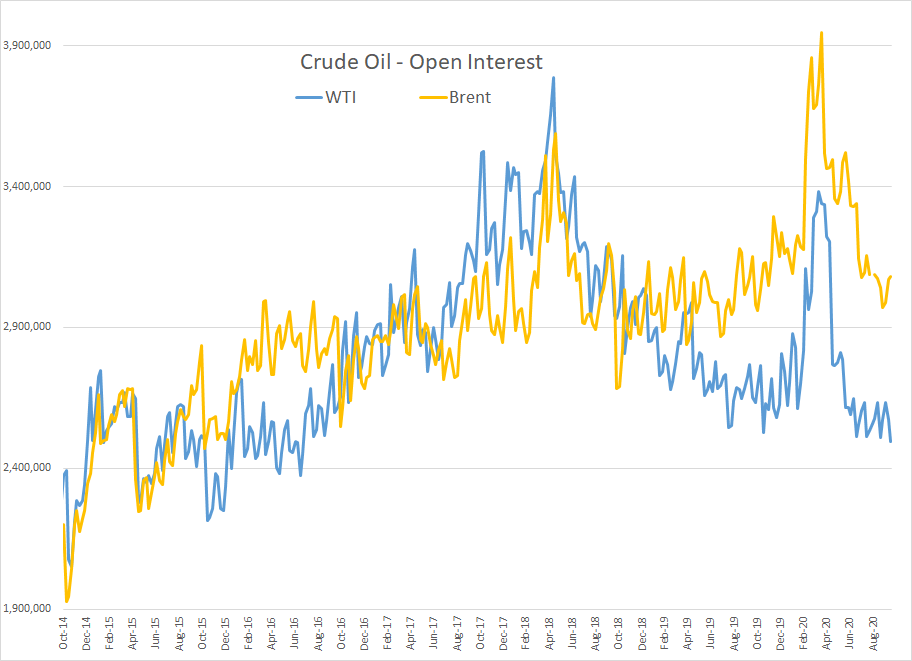