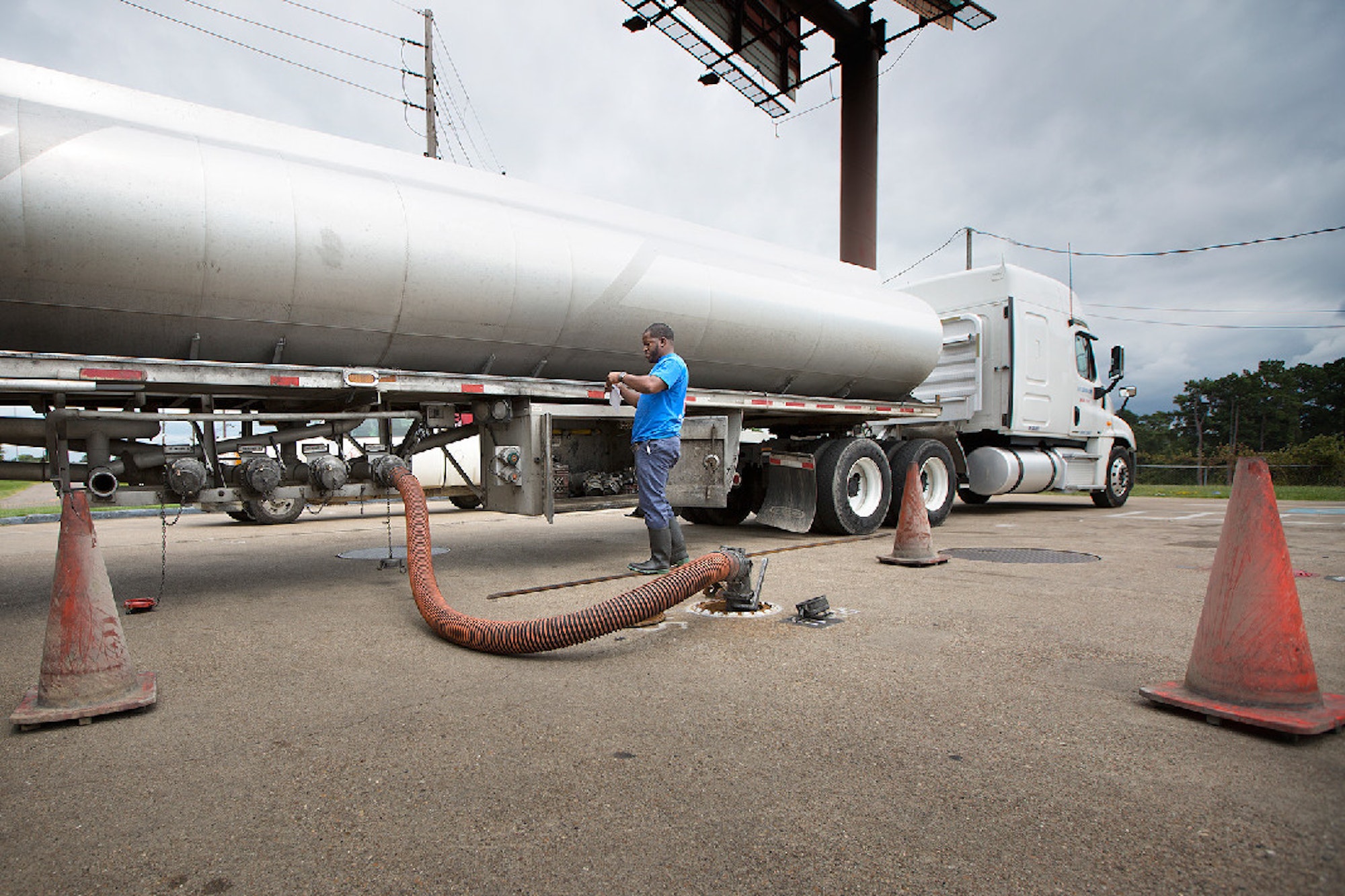 Spot shortages in gasoline supplies on Thursday were caused by a social media storm fueling panic in the wake of Hurricane Harvey, according to officials.

But a widespread fuel shortage does not exist, state officials said, and people are being urged to remain calm as Gulf Coast refineries come back online.

“Many are concerned about gas shortages, precipitated by both random news stories and rumors. The fact is that there have been spot outages, mostly related to panic-buying. This has geographically spread, creating even more outages as panic begets panic,” E-Z Mart CEO Sonja Hubbard said Thursday in a prepared statement.

The company’s headquarters are in Texarkana, Texas.

“While wholesale fuel supply will be impacted, and there will be some issues in the coming days and weeks while the Gulf Coast refineries come back online, we fully anticipate being able to replenish all of our stores that are currently experiencing spot outages due to this panic-buying. Everyone will benefit by normalized buying patterns if consumers will remain calm. Rest assured that we remain committed to offering quality fuels at a quality price to our customers.”

Even though Harvey was an unprecedented storm, spinning up to a Category 4 hurricane in a short amount of time and carving a wide swath through East Texas along the Gulf Coast, repair and recovery efforts are under way for the region’s infrastructure.

“Refineries are already starting to come back online. They understandably shut down for the hurricane. The Corpus Christi ones are ready to begin pumping again. The ones in the Houston area where the flooding took place are going to need a bit more work, but government agencies like the Environmental Protection Agency have issued waivers to expedite the process.”

Late Thursday afternoon, the Texas Railroad Commission weighed in on the issue.

“There is no fuel shortage,” the Texas Railroad Commission tweeted.

Most of the panicked social media traffic seemed to be in reaction to various incidents reported in the Dallas-Fort Worth Metroplex. QuikTrip was named often in these various social media posts.

According to Beth Kossuth, corporate division receptionist, the company has taken precautions in reaction to “panic-buying.”

“Right now, we are limiting fuel sales to our biggest-volume stores,” she said. “Our pipelines are in Houston, so we are only selling fuel out of our stations with high-volume sales and supply limits.”

RaceTrac corporate communications said their supply issues are localized, mostly in the Dallas area and mostly attributed to panic-buying.

“Generally, this is a supply-and-demand issue. We have a couple of refineries down at this time, including the one in Port Arthur, Texas, with the largest output of any refinery based in the U.S. Any fuel complications will be one of supply and demand, not with anything related to Walmart as a company.”

He said only one of the company’s fuel stations has closed—one in Beaumont, because of flooding in the town.

“We have rerouted trucks and are getting fuel to our stations,” he said.

Sloan said the combination of a large hurricane, a direct hit on the Gulf Coast oil-producing region and the effect of social media has driven the frenzy. It didn’t help that it happened just before Labor Day weekend, one of the major traveling weekends of the year. “Don’t panic,” he said.

“It was a 25 percent refinery shutdown,” he said. “But the recovery is under way. Keep gas in your tank and wait a bit. Enjoy the weekend. Things will probably calm down during the next week.”

He added that Truman Arnold Cos. will have no problem supplying fuel to their outlets.

The original article from the Texarkana Gazette can be found by clicking here.

Sign up to receive market updates in your inbox each day.