Oil and Diesel Prices Selling Off

Oil & diesel prices are selling off for a 4th straight day, while prompt gasoline prices were clinging to modest gains overnight as an unseasonably tight East Coast market keeps the buying pressure under gasoline spreads.

It’s Halloween, which means it’s the last day of trading for November product futures, so watch the December (RBZ and HOZ) contracts for direction today, which are both trading lower.

Diesel inventories fell for a 5th straight week and gasoline dropped for a 4th, but you’d have never guessed that was the case based on the big selling that took place following the report. The selling was particularly puzzling given some strong demand estimates on the week, particularly for gasoline, suggesting the declines were less driven by fundamentals than other factors.

US crude oil stocks did build on the week, Cushing OK saw a 4th straight week of inventory increases, and oil output held steady at its all-time high which seems to be keeping WTI under pressure relative to Brent.

As was widely expected, the FOMC announced another rate cut Wednesday, its third consecutive cut, but markets seem to be unimpressed by the FED’s signal that it would pause its monetary easing. 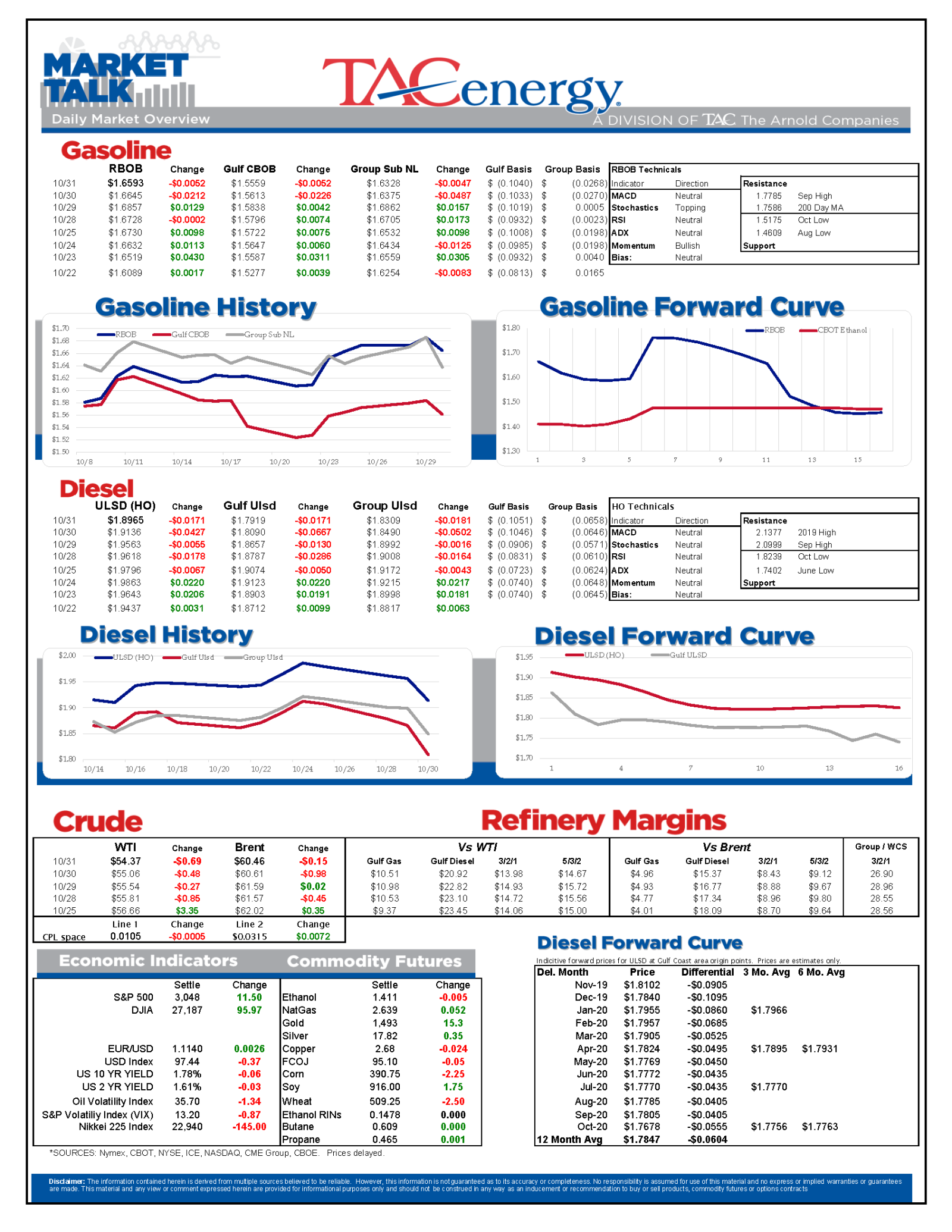 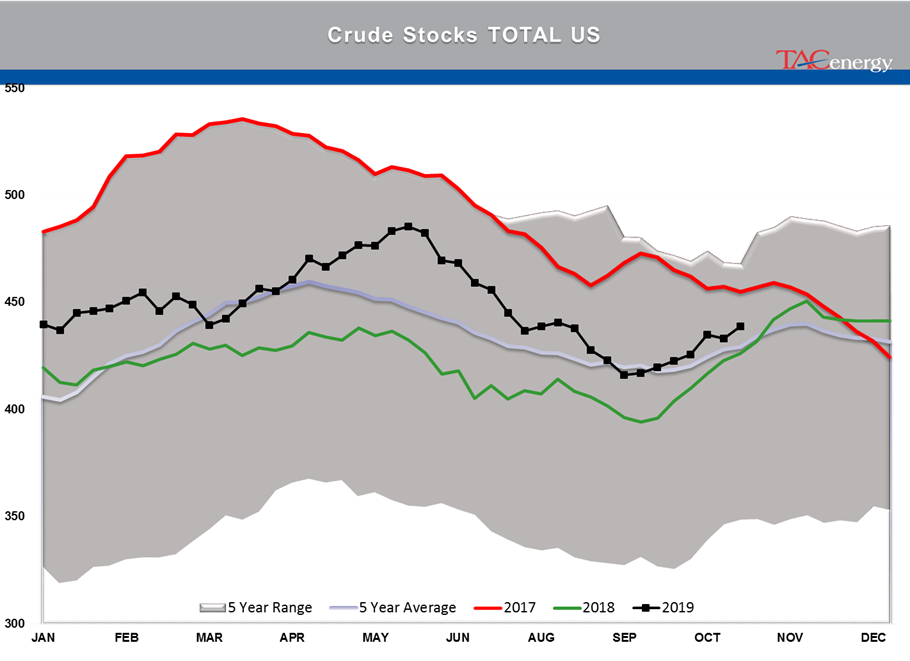 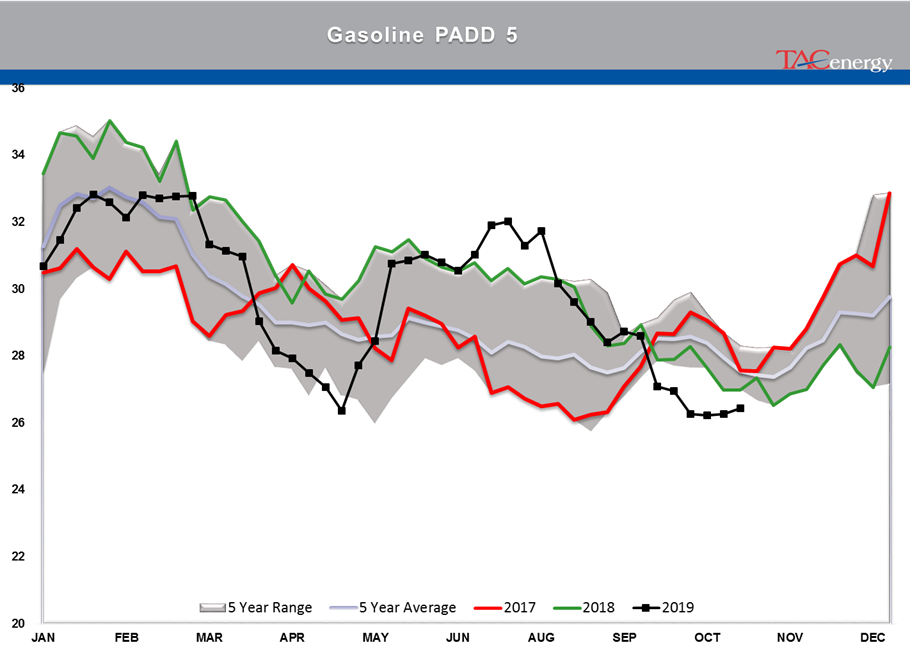