Oil prices continue to drift lower this morning as the supply-risk premium has been largely erased from futures over the past week. RBOB gasoline futures had been resisting oil’s pull until the past few minutes as they’ve given up their overnight gains, and joined the rest of the complex in the red.

While futures have been trending lower, the real action this week continues to be in spot gasoline markets on the West Coast, as a large draw in PADD 5 gasoline stocks seemed to encourage the run-away train effect in California spot markets on Wednesday. LA CARBOB ended the day around 95 cents over October futures, while San Francisco was hovering around a 90 cent premium. Those differentials put spot prices on the west coast nearly $1/gallon higher than those on the Gulf and East coast. Those prices will begin their return to earth today as traders shift to October pipeline timing, with the newly prompt cycles trading some 20 cents below current values, but the region remains susceptible to new price spikes until imports start arriving with several refinery issues still lingering in the region.

Other highlights from the DOE’s weekly report include US Crude production climbing back to tie its all-time record at 12.5 million barrels/day, while refinery runs continued their seasonal decline. Gasoline stocks beyond the West Coast remain ample, while distillate inventories are getting tight – particularly in the Lower Atlantic states (PADD 1C).

Tropical Storm Karen continues to meander its way through the Atlantic, and is weakening as it moves, which is good news for the islands that have been battered so far this year. There is still a chance that the storm could head West towards the US Coast line next week, although the models are very uncertain on a path or whether it will have a chance to gain back some of its lost intensity. 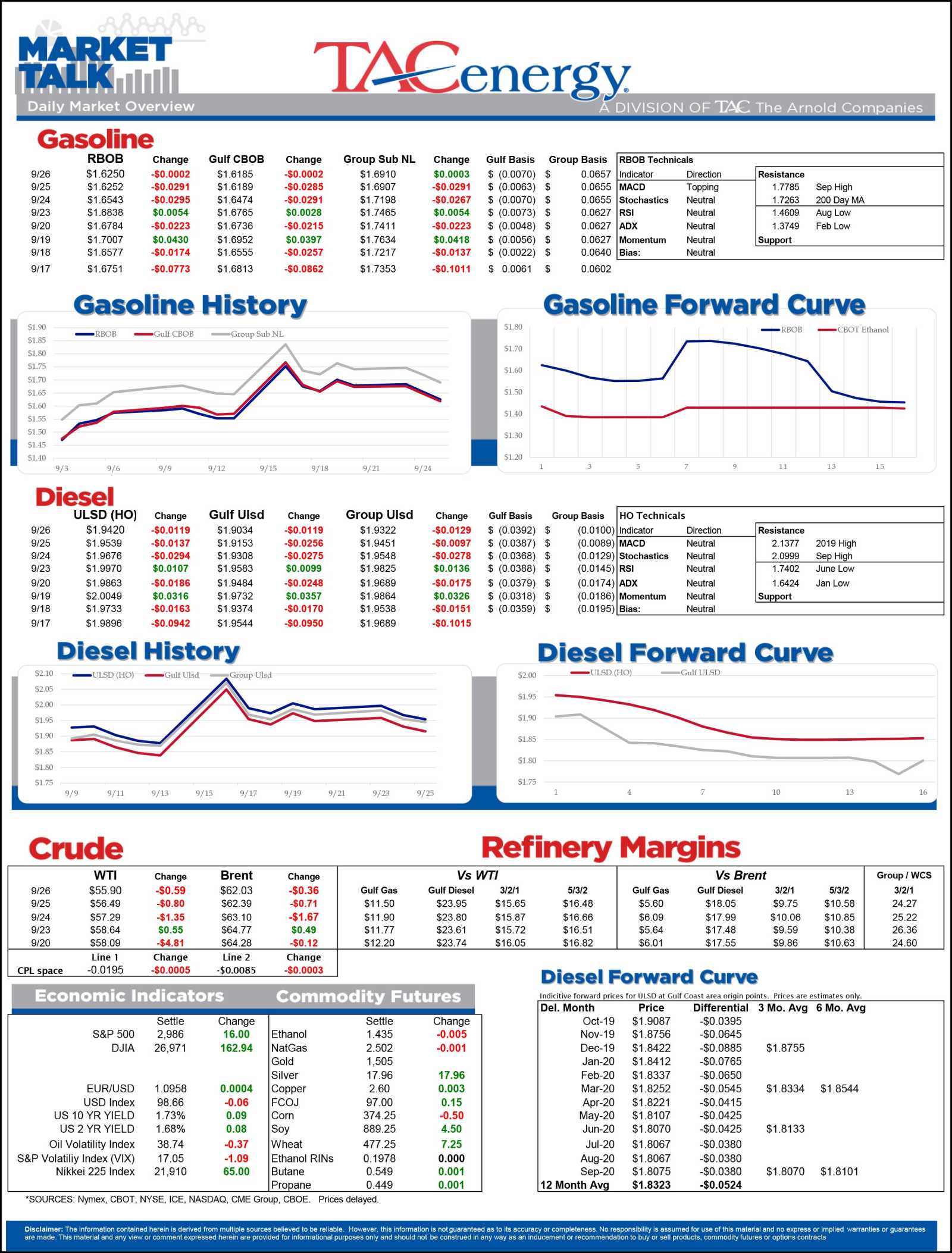 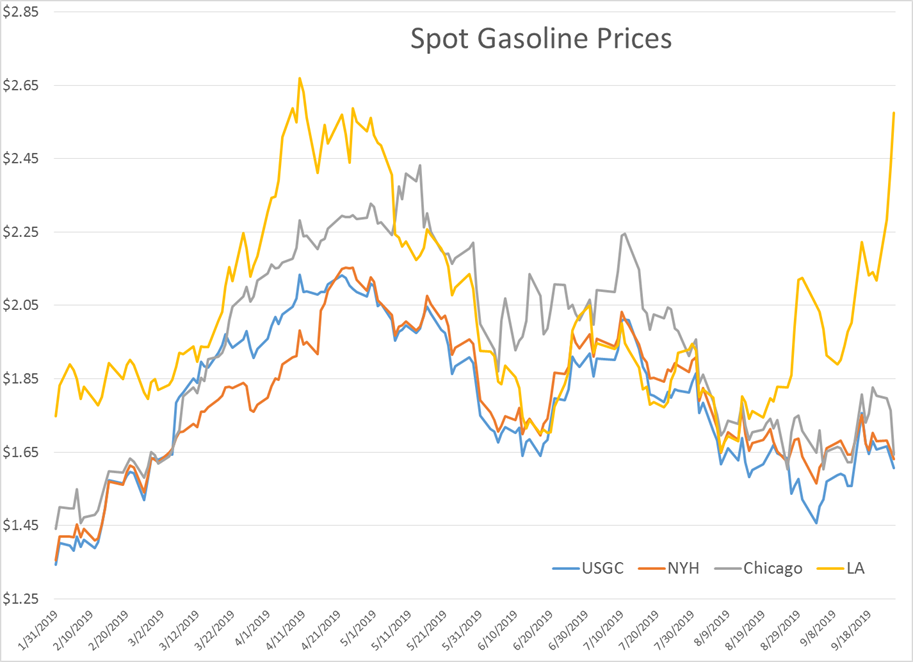 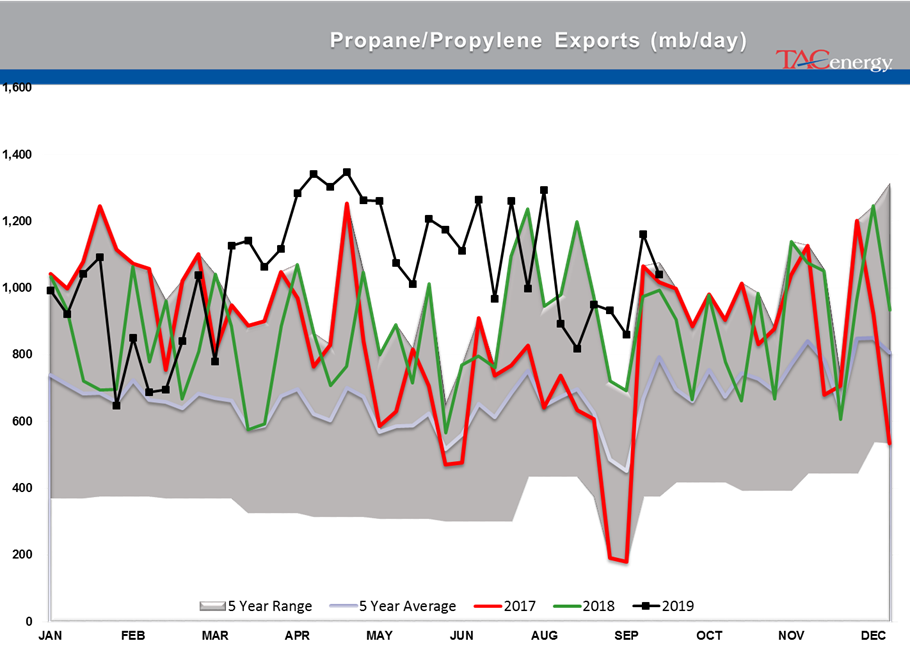