Old Braniff terminal takes off as a new mixed-use project

The former airline operations base at Love Field is open for business after years of sitting vacant.

Braniff Airways’ old operations base at Dallas’ Love Field has landed its first tenants and is already growing.

Starting in 2018, a development partnership that includes The Arnold Cos., Lincoln Property Co. and Dallas Cowboys owner Jerry Jones began a $140 million reconstruction of the historic building on Lemmon Avenue.

Built in 1958 for the legendary Big D airline, the midcentury modern building has been transformed into a new retail, office and aviation complex called Braniff Centre. Most of the new aviation space, which faces the Love Field runways, is already spoken for. It’s in Braniff’s old hangars, which were refurbished and repurposed for private aviation uses.

“We wanted to be an executive terminal,” said Tad Perryman, vice president of marketing for The Arnold Cos. and its TAC Air operations. “Our customers are elated to have another choice at Love Field.”

The 60,000-square-foot hangar and aviation space TAC Air has in the Braniff building is doing so well that an expansion is already underway.

“Construction has started on our phase two, which is another 40,000 square feet of hangar space” in a new building to the south of the old Braniff complex, Perryman said.

The north side of the old Braniff building houses operations for Flexjet, a private jet aircraft fractional ownership, leasing and operations firm. The Cleveland-based aviation company moved its North Texas operations from Addison Airport to the Braniff Centre.

And Dallas auto dealer Randall Reed has his Lincoln dealership and other companies housed next door in what was once the Legend Airlines Terminal and garage.

To access the aviation facilities on the runway side of the complex, developers cut a below-grade driveway under the distinctive Braniff building facing Lemmon Avenue. Designed by noted international architects William Pereira and Charles Luckman and local designer Mark Lemmon, the building was cherished by preservationists who feared it might be knocked down.

The developers have preserved the look and much of the space facing Lemmon Avenue and are marketing it to retailers, restaurants and office users. “We have some different groups that have been looking at that,” Perryman said. “Hopefully very soon we will be able to make some announcements.”

The redevelopment has retained key sections of the old Braniff operations center, which housed everything from offices to maintenance facilities for planes.

“Our goal was to honor the facility and the location and what it was about,” Perryman said.

On the bottom level, double blast doors lead to two chambers where technicians could test jet engines. And much of the old steel Braniff hangars, including the big sliding doors, are still there.

With construction on the historic building renovations almost finished, it’s easier to show off the space, Simanek said. “A lot of people couldn’t see the vision,” he said. “Now that the space is more showable, there is a lot of interest in it.”

The TAC Air terminal building on the west side of the complex includes a passenger area, a pilots lounge and a luxurious private meeting and event area on the second floor overlooking the runway.

The Dallas Cowboys’ Legends Hospitality division operates the space, which can house everything from executive meetings to parties.

The final addition to the TAC Air terminal will be a replica of the Braniff jet that the Dallas Cowboys used to fly to out-of-town games. “We will be hanging a one-fifth scale 727 Braniff plane with Cowboys markings from the ceiling,” Perryman said. 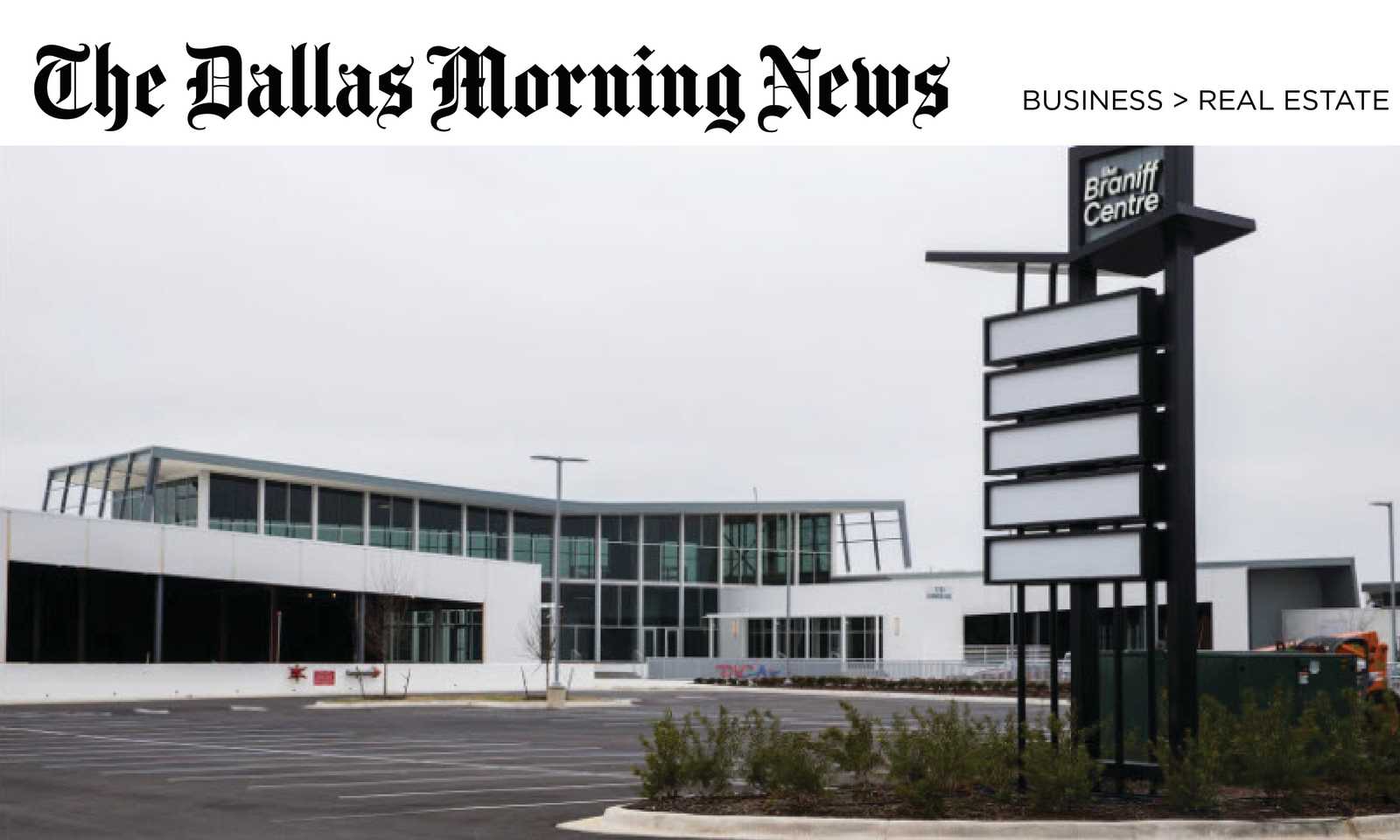 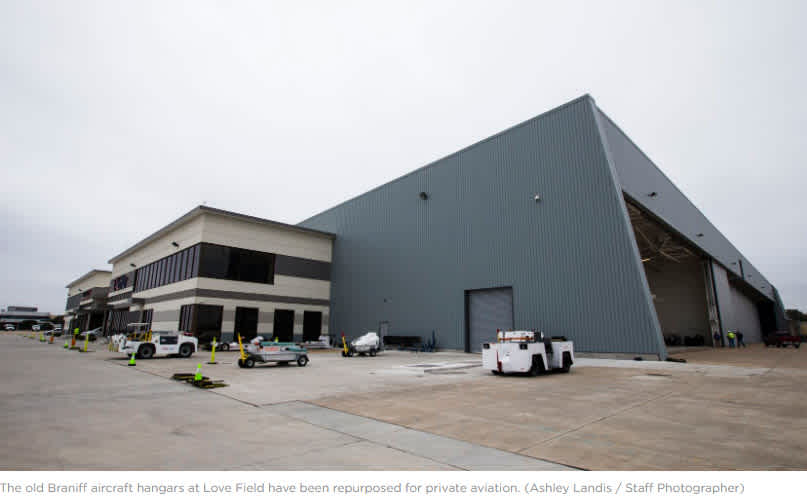 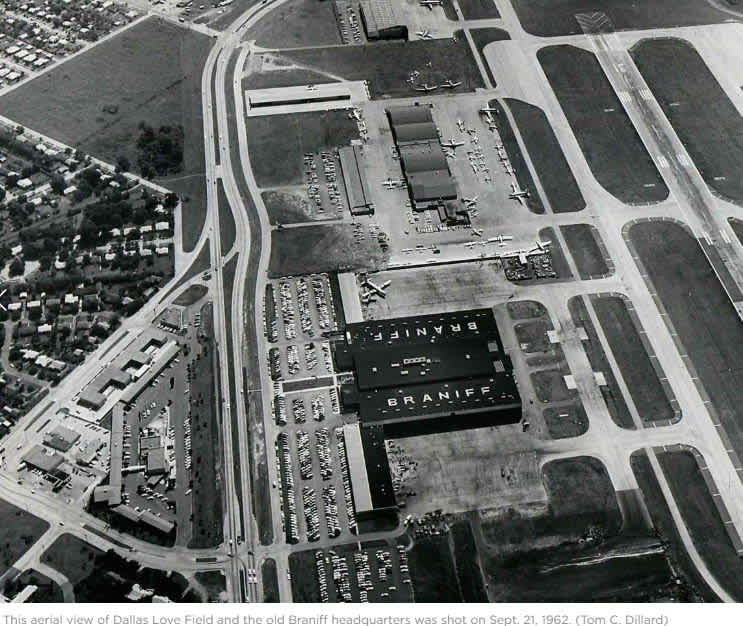