The rally in stocks and energy futures is on pause Wednesday, after a weak finish to Tuesday’s session. New tariff tiff talks are taking credit for some of the early selling, in addition to the daily scary headlines of rising infection counts around the world.

RBOB gasoline futures are leading the move lower – taking back their spot as the most volatile of the petroleum contracts and snapping a streak of eight straight daily increases – even though the API reportedly showed a large decline in gasoline inventories of almost four million barrels last week. The industry report also showed a decline in distillates of 2.6 million barrels, while total U.S. crude oil stocks had a small increase of 1.7 million barrels even though refinery runs ticked higher on the week. The DOE’s version of the weekly stats is due out at its normal time this morning.

Tropical Storm Dolly was named Tuesday, but is expected to stay well off the Eastern coast of the U.S. and Canada. It’s been a busy season so far, although the traditional storm producing areas have taken a brief pause as an enormous plume of Saharan dust makes its way across the Atlantic, preventing tropical development before settling along the U.S. Gulf Coast. Meanwhile, non-tropical storms have been creating some headaches across refinery country this week, with numerous emissions events reported as a result of power outages and lightning strikes, although the limited reaction in cash markets suggests minimal if any impact from those minor events.

Looking for something more severe in your weather report? A major earthquake in southern Mexico knocked the country’s largest refinery offline Tuesday following a fire. Like most of Mexico’s refineries, that plant has been operating well below capacity for some time due to a lack of maintenance funds and expertise, so this incident may not have a lasting impact, but there is a chance it could create some bidding for waterborne barrels otherwise destined for the U.S. West Coast. 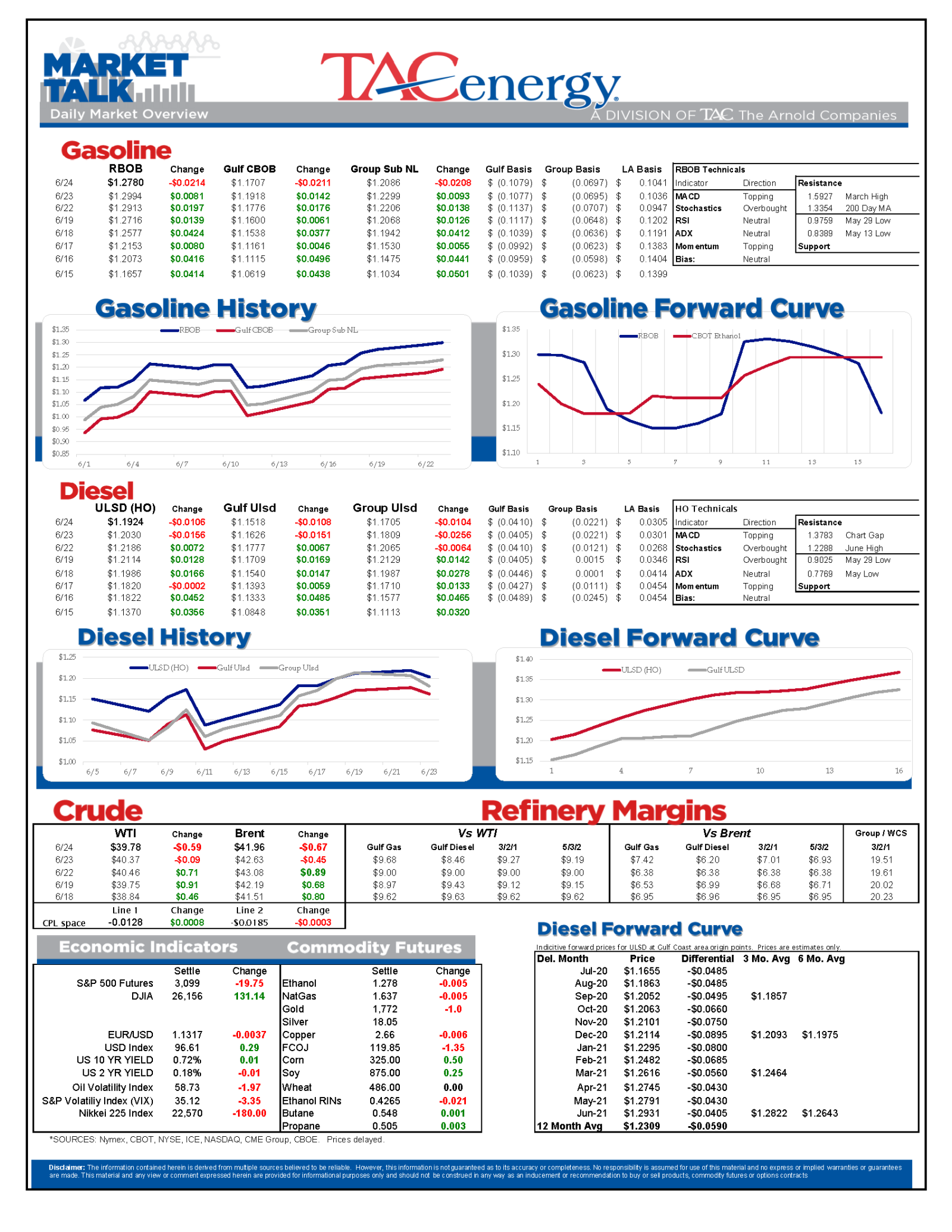