A quiet overnight session quickly shifted into a heavy selloff for energy prices as a new round of tariffs announced by China seem to have spooked traders in both energy and equity markets, ahead of a much anticipated news conference from the FED Chairman later today.

RBOB gasoline prices were leading the move lower, down more than 4.5 cents at one point, and coming within about a penny of their August low trades. Diesel prices were also down more than 4 cents momentarily, but remain about 6 cents above its August (and June) low prints. The relative weakness in gasoline is also visible in the RBOB calendar spreads, with the U/V “sunburn” spread dropping to below 12 cents from a high near 18 in July, as traders appear to doubt demand for summer grades ahead of the fall RVP transition.

Ethanol prices, and the RINs associated with them have had a notable recovery rally this week as the Ag lobby has been out in force, pressuring the White House to increase RFS obligations on refiners. The EPA meanwhile has rebutted claims by renewable groups this week, suggesting there is “zero evidence” that the small refinery waivers has had a negative impact on corn producers.

The national hurricane center is giving a disturbance a 70% chance of developing over the next 5 days off the US southeast Coast, but current forecast models appear to keep this storm shifting East offshore after brushing the Carolinas. 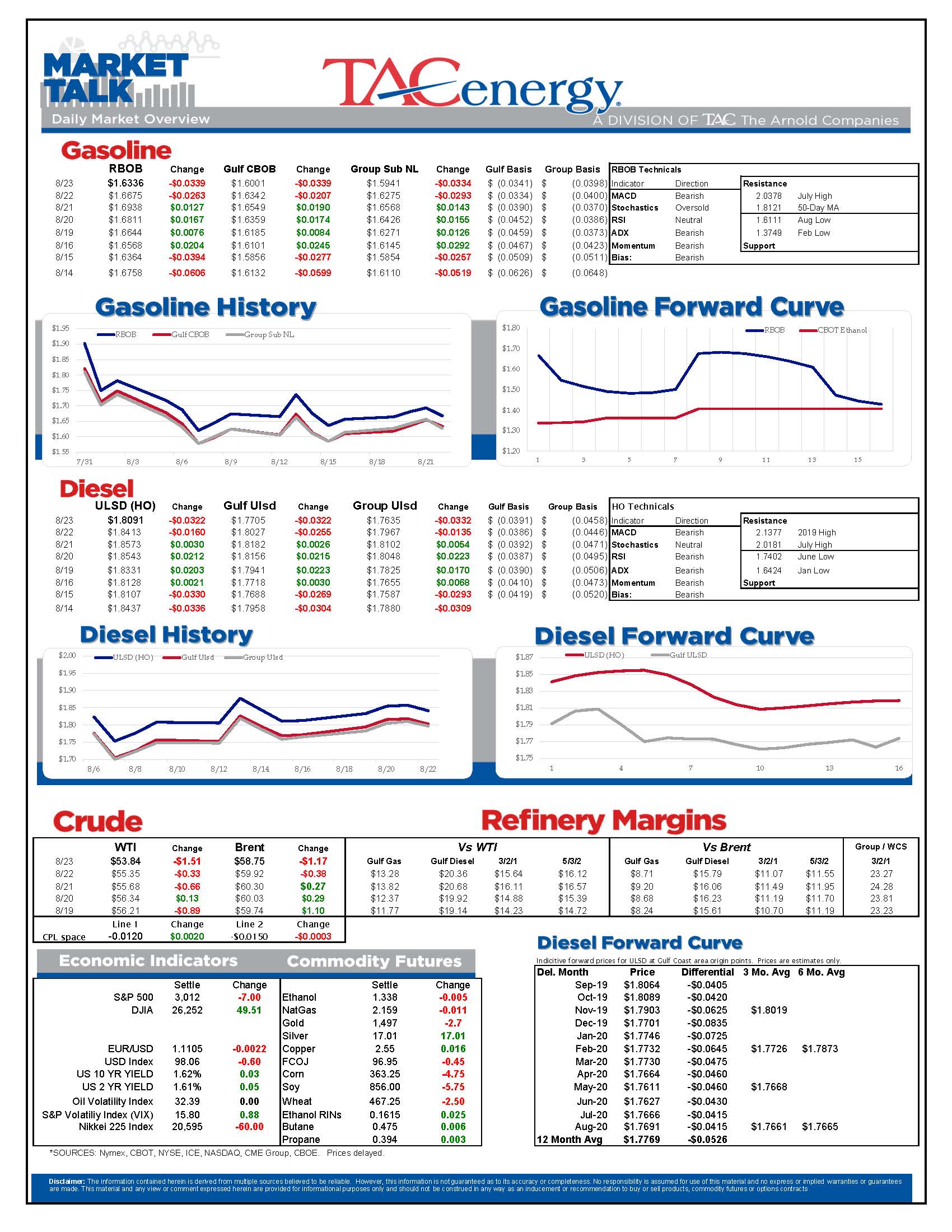 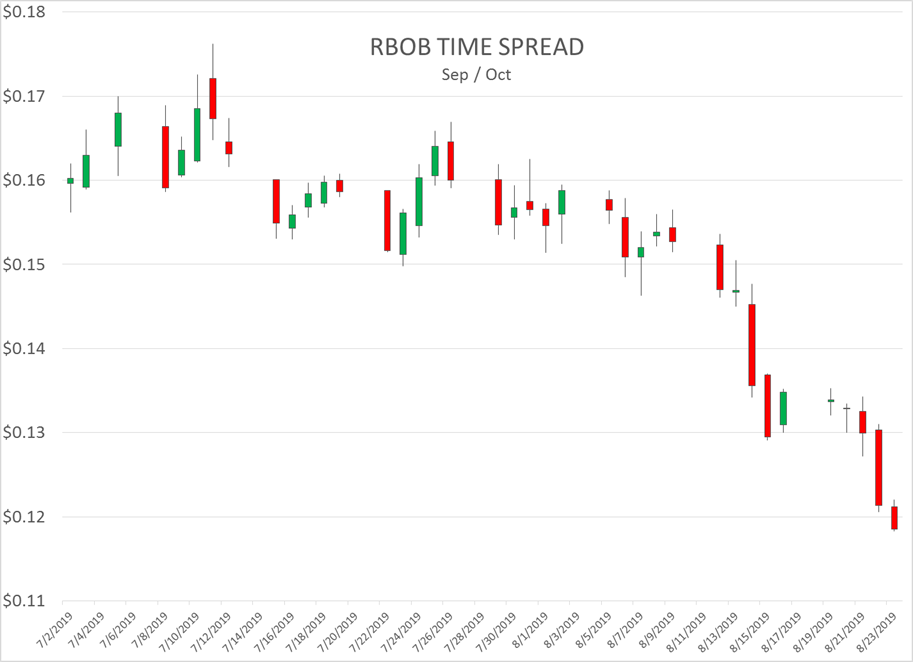 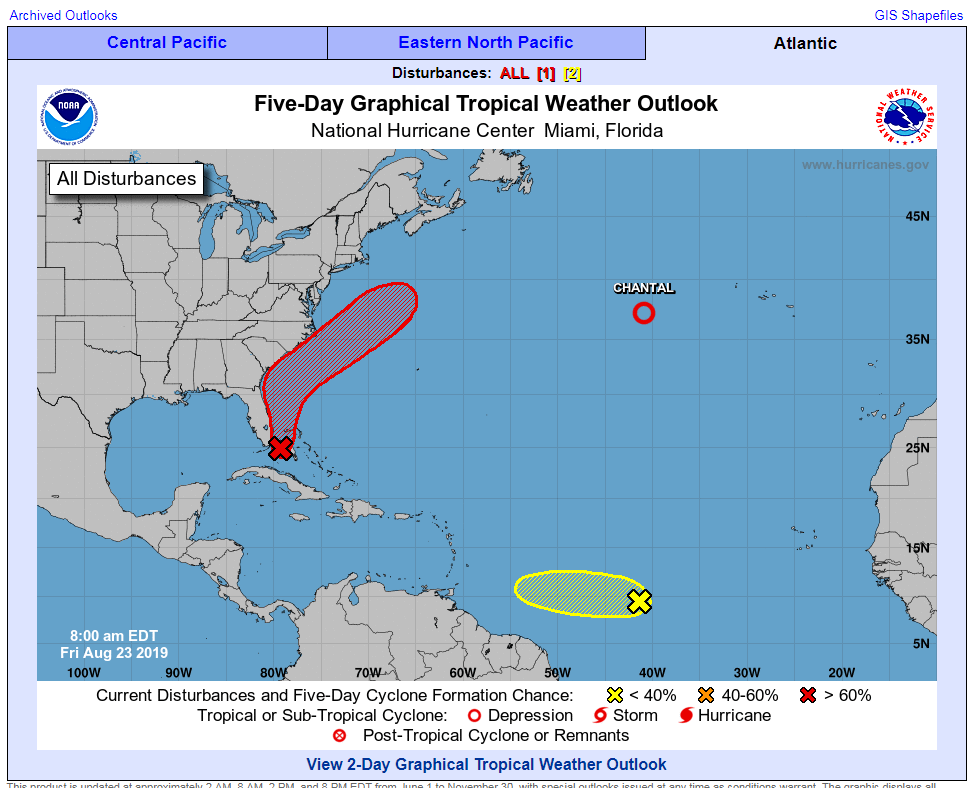