Developers who are repurposing the historic Braniff Airways base at Dallas Love Field are getting closer to a grand opening.

Built in 1958, the former Braniff operations center on Lemmon Avenue has been vacant for years.

The landmark mid-century modern building is being transformed into a retail, office and aviation center. The Arnold Co. said it has secured leases for the 120,000 square feet of hangar space that will open this summer.

"Phase two development of new hangar space is currently in the development and design stage in order to accommodate further interest from parties wishing to base at the newly renovated facility," Greg Arnold, CEO and chairman of TAC-The Arnold Cos., said in a statement. "We are excited about completing original hangar tenant commitments six months in advance of opening. Getting started on the expansion hangars will allow for additional interest in the facility, including transient and tenant opportunities."

Designed by noted international architects William Pereira and Charles Luckman and local designer Mark Lemmon, Braniff's old Love Field home was threatened with demolition when Dallas automotive dealer Randall Reed acquired the property. He bought in the development partners and is putting an auto retail facility on part of the campus.

The developers have preserved the front of the old buildings facing Lemmon. Out back, where the hangars and maintenance facilities were, the building has been carved up to create a huge internal court.

The Arnold Cos' TAC Air subsidiary is taking about 200,000 square feet of the complex for a commercial aviation center that will offer private hangars, an executive terminal and concierge and valet services. Part of the three-level glass-and-steel entry building will also house offices.

The developers are in talks with retail tenants for some of the renovated space in their new Braniff Centre. About 100,000 square feet of retail, restaurant, offices, the auto-dealer showroom, entertainment venues and hospitality facilities are in the works for the project.

The Arnold Cos. said it has selected Kip Simanek, a company veteran with more than 38 years of aviation experience, as general manager of its operations at Braniff Centre. 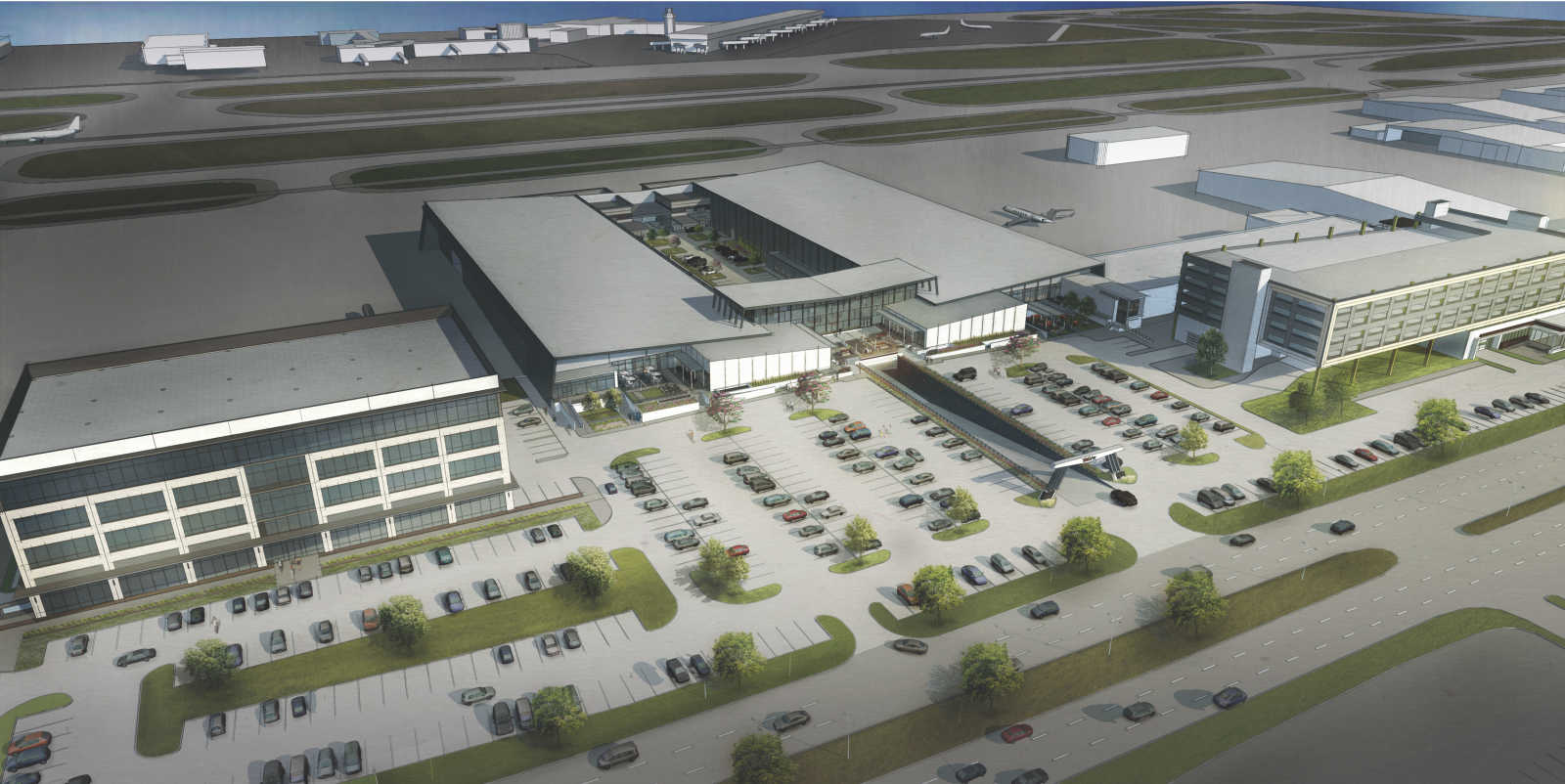