Refined products are teetering on the edge of a technical breakdown to wrap up trading for the first half of the year. While two days of heavy selling has the energy complex in a defensive stance, support on the charts has not yet completely given way, meaning it’s still too soon to call a top in prices even though we’ve had a major pullback in the past two weeks.

RBOB prices are trading 62 cents below their June highs this morning, but still need to break and hold below $3.64 before the technical breakdown can be confirmed. Keep in mind that today’s expiration of the July RBOB contract will knock about 10 cents off of prompt values, which adds to the bearish outlook on the charts.  IF the trend support and June lows break today, don’t be surprised to see prices make a run at $3 later this summer.

ULSD prices are in a similar spot, trading 64 cents below where they were less than 2 weeks ago, but they’ve rallied more than 6 cents from their overnight low at $3.95, giving the bulls a chance to hang on to the trend that’s pushed prices up from $2 in December.  If prices drop and hold below $4, that trend will be officially broken which opens the door to a run at $3.50 in the next few weeks despite the well-documented fundamental issues with distillates.

Yesterday’s long-awaited DOE report, which provided a rare 2 weeks’ worth of data due to system issues seemed to be a catalyst for some of the selling in products, as inventory levels for both gasoline and diesel saw healthy increases in both of the past 2 weeks, while demand estimates slumped well below average levels for this time of year. Those data points also coincide with the latest slide in equity markets as some traders seem to be convinced that high prices may have already started to cure themselves, and the solution to the imbalance in fuel markets will come from a big drop in consumption.

US refiners are running at 95% capacity, but an EIA note suggests that in reality they’re effectively maxed out due to the normal operational constraints on those facilities that are much more complicated to operate than many believe. That report also highlights that US capacity is expected to decline for a third straight year in 2022 with 2 more plants scheduled to be shut down or converted, unless the record high margin environment convinces someone with a few billion dollars to reopen those plants.

Reminder: Today is the last day for July RBN and HON futures contracts, so for those in the NYH and Group 3 markets that haven’t already transitioned to an August price reference will need to watch the RBQ and HOQ contracts for direction today. The backwardation in products is not nearly as extreme as we’ve seen over the past few months, but there will still be a noticeable drop when August futures take the prompt position that will confuse some tomorrow when cash markets don’t follow. 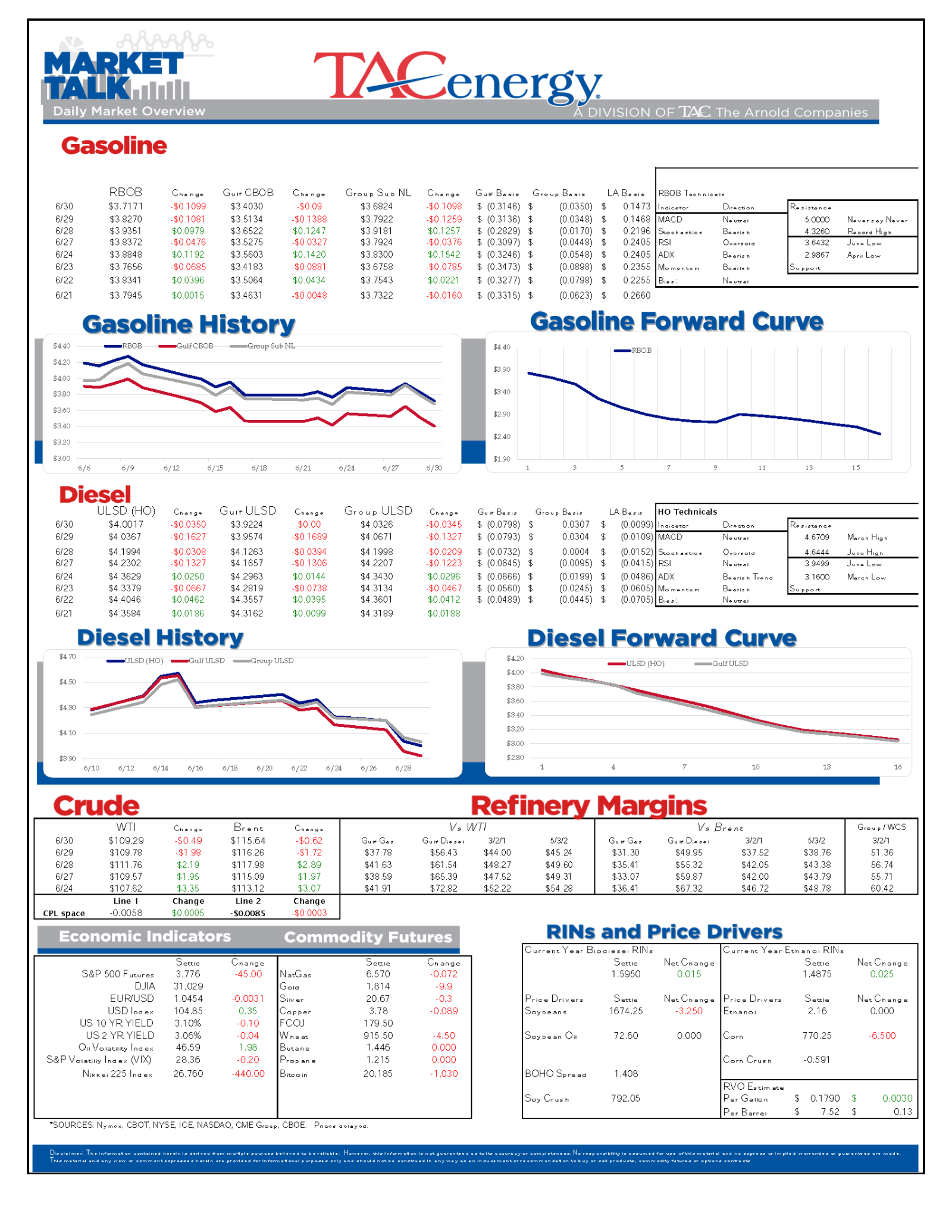 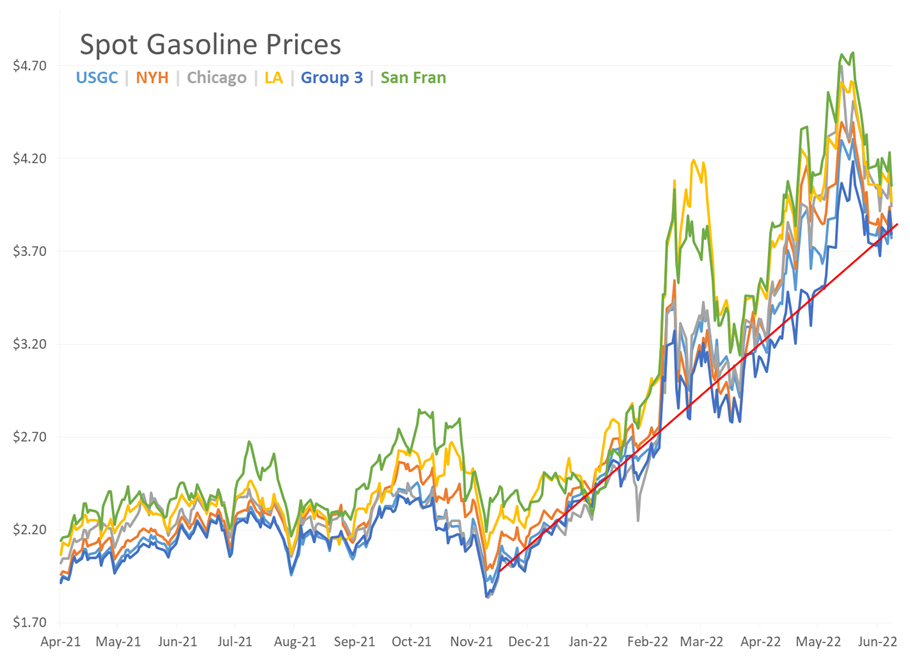 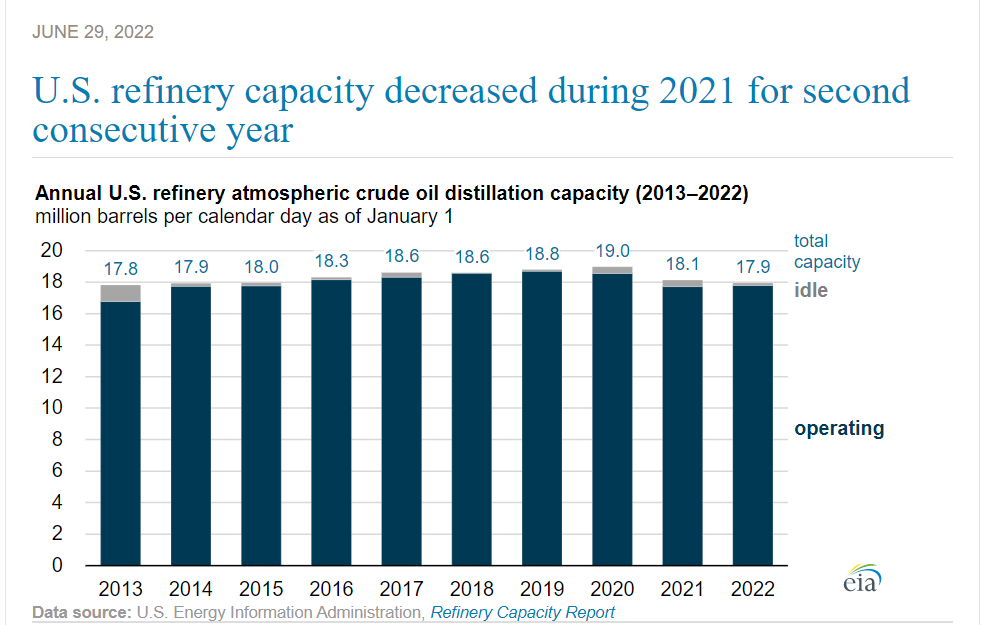