We’ve reached the calm after the storm as the Gulf Coast refining industry is assessing the damage from Hurricane Laura, and most companies seem to be breathing a big sigh of relief.  Unfortunately, much of the country is still going to feel an impact from this storm, as flooding potential stretches through the mid-west and east coast through the weekend.

Three of the refineries that had initiated shutdowns ahead of the storm have already filed with the state that they were beginning restart efforts, and more are expected to follow suit today as reports suggest the plants outside of Lake Charles likely avoided major damage thanks to the eastward shift in the storm’s path prior to landfall.

We will probably not know the status of the two refineries that were operating in Lake Charles before the storm until next week, since damage assessment crews were not allowed into the area Thursday. A major fire in a nearby chemical factory, and the closing of the Interstate 10 bridge due to a runaway casino boat are just a couple of examples of issues that may be hampering those efforts.

The one critical unknown in terms of regional supply is whether or not the Colonial station near Lake Charles suffered any damage. The pipeline continues to operate downstream, but if Lake Charles is blocked, the barrels originating in the Houston and Port Arthur hubs won’t be able to move through to the rest of the country. There are no reports that the facilities were damaged, they just don’t know since accessing the location may still take a couple more days. Explorer pipeline reported no damage to its facilities, but will still see slight delays in restart due to uncertainty from the local utilities on power supply.

The bad news for refiners that managed to avoid operational issues during the storm is that the boost in margins was short-lived as both gasoline and diesel prices have crumbled, and are now threatening a technical break to the downside that could drag many plants back to the cusp of break-even levels.

Don’t relax just yet. As is often the case in active hurricane seasons, major hurricanes aren’t isolated events, (i.e. Harvey/Irma/Maria in 2017, Gustav and Ike in 2008, Katrina/Rita/Wilma in 2005). Already this morning, the National Hurricane Center is tracking two new potential systems crossing the Atlantic, both given 30 percent odds of development next week.

D4 (Bio) RINs hit a fresh 2.5 year high Thursday, as surging soybean prices and falling diesel prices gives a poor outlook for incremental bio blending. Exports to China and weather damage from the Derecho earlier in the month are both getting credit for the rally in Soy prices. Corn and ethanol prices have also been rallying, but have not kept pace with bio, partially due to the fact that ethanol blending is less discretionary, which has kept D6 RINs from pushing through recent highs so far.

The EIA this morning took a closer look at how U.S. refineries have been forced to make drastic operational changes this year due to COVID demand impacts. Perhaps the most impressive piece is how the plants have been able to dramatically shift product yields in response to the wild swings in gasoline and jet fuel demand. That unprecedented shift towards diesel production also helps explain why diesel prices barely flinched this week even when it appeared that Laura might shut down 20 percent of the country’s refining capacity. 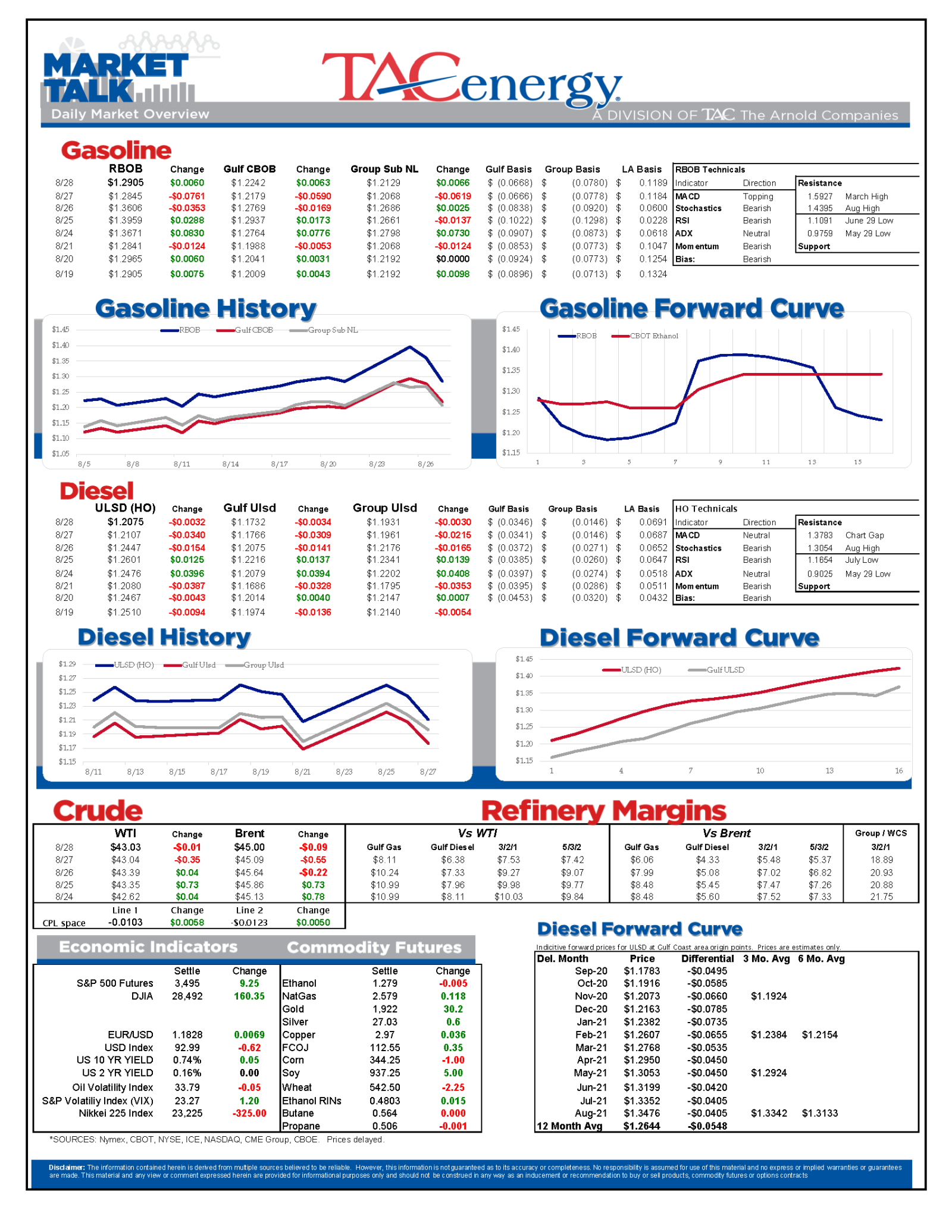 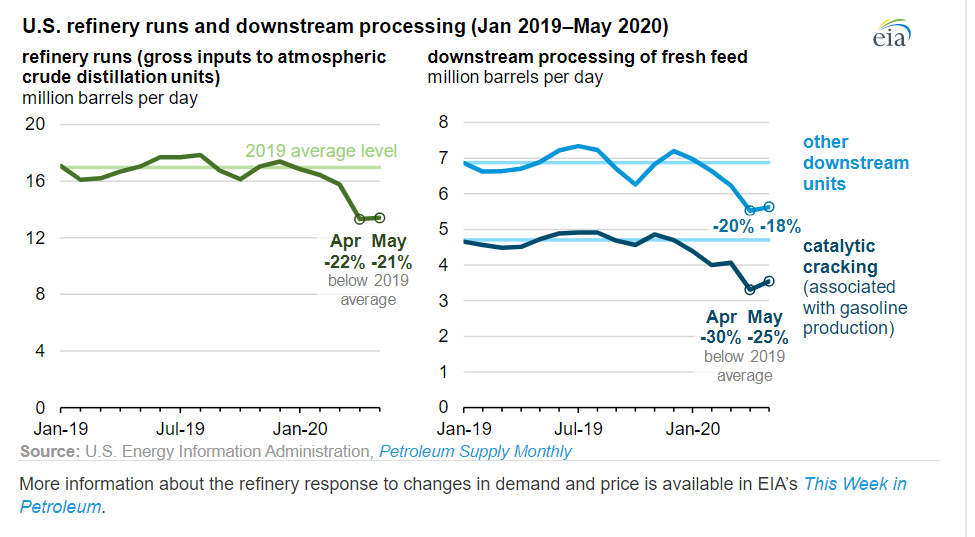