The snow is gone and the power is on, after a 70 degree warm up in five days and the refinery restarts are underway. How long those restarts take, and which plants may choose to move up spring maintenance as long as they are doing repairs anyway will be the two main factors determining if tight supplies last a few days or a few weeks. Oil prices are ticking up and products are seeing small losses as the traders seem to be cautious about the return to relative normalcy this week.

While some news outlets are suggesting that the damage done last week may mean a spike in retail gas prices north of $3/gallon, it appears wholesale price gains may be limited to the 10-20 cents for diesel and 20-30 cents for gasoline thanks in large part to excess capacity before the storm and soft demand.

Notices filed to the Texas Commission on Environmental Quality (TCEQ) throughout the week detail the hundreds of facilities from production, transportation and refining of oil and natural gas products that were knocked offline due to the cold or lack of power. A Reuters article highlighted that the subsequent emissions events over the past week surpassed those reported for an entire year at several facilities.

The EPA issued a temporary emergency waiver on TXLED diesel additive and El Paso oxygenate requirements to try and help expedite resupply through March 5. The relatively limited scope of those waivers probably won’t have much impact since the TXLED additives are often blended at the terminals anyway, and neither of the largest RBOB markets of Houston or DFW appear to be getting a break. We are still in the early days of the spring RVP transition however, so producing on-spec gasoline is still relatively easy compared to summer-time blends, which will help output crank up quickly.

Baker Hughes reported a decline of one active oil rig in the U.S. last week, snapping a streak of gains that stretched for 12 straight weeks. With the chaos in Texas last week, it’s hard to say how accurate the count may have been, with estimates suggesting nearly half of the Permian Basin’s output was forced to temporarily shut in, and the “active” drilling rigs were likely anything but.

Money managers look like they froze along with much of the energy industry last week, making only minimal changes to their holdings in the petroleum-based energy contracts. Most notable in the CFTC weekly report is that WTI net length held by large speculators ticked to a new 18 month high, and open interest in WTI & Brent contracts surged to its highest in almost a year. That renewed interest from the big money speculators could mean we’ll see more volatility in the weeks ahead as the influx or exit of their dollars can create large price swings. 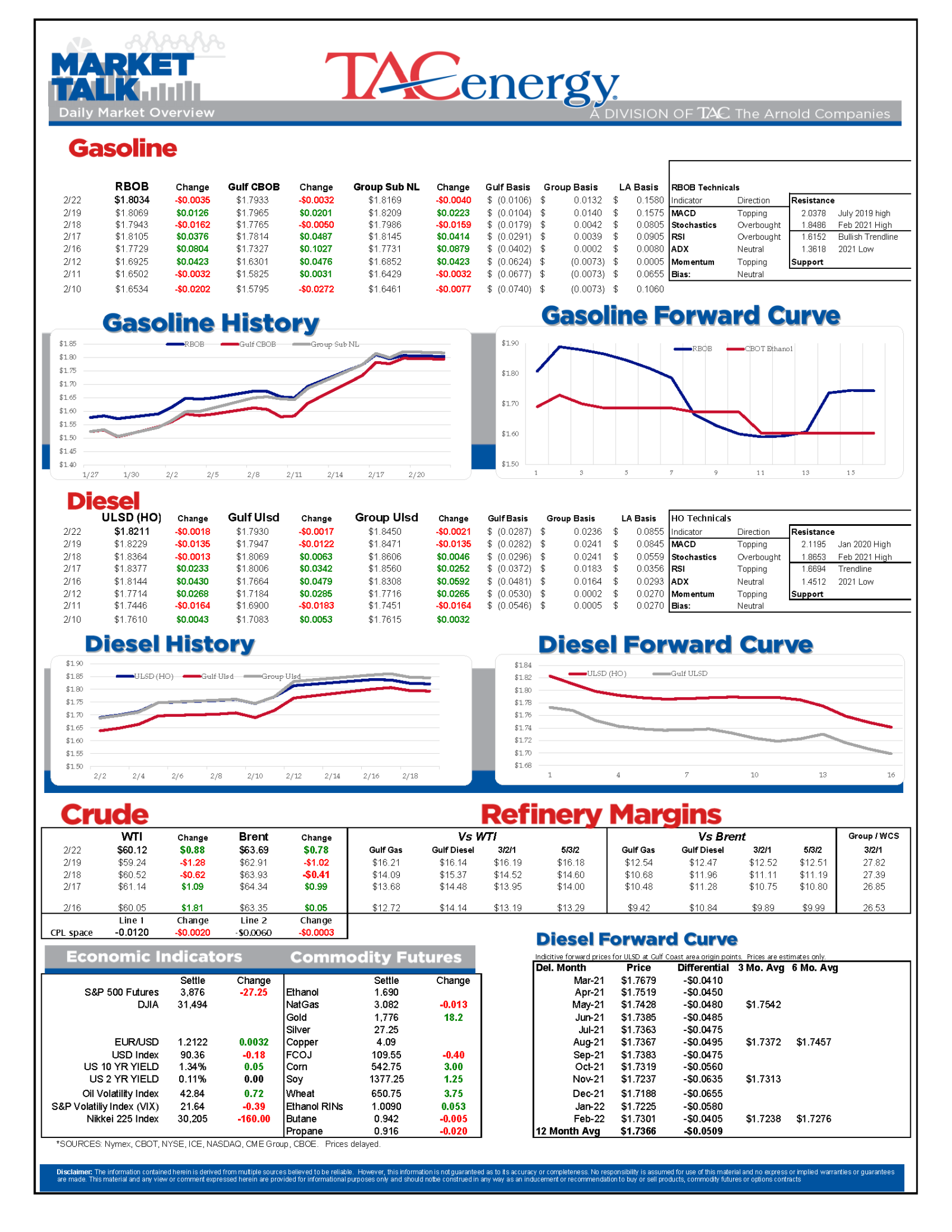 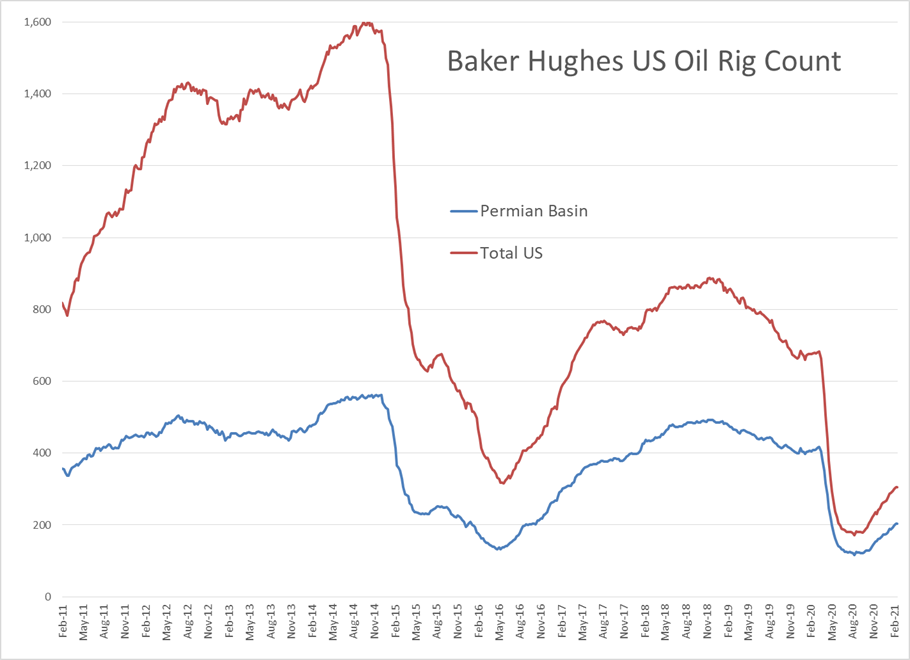 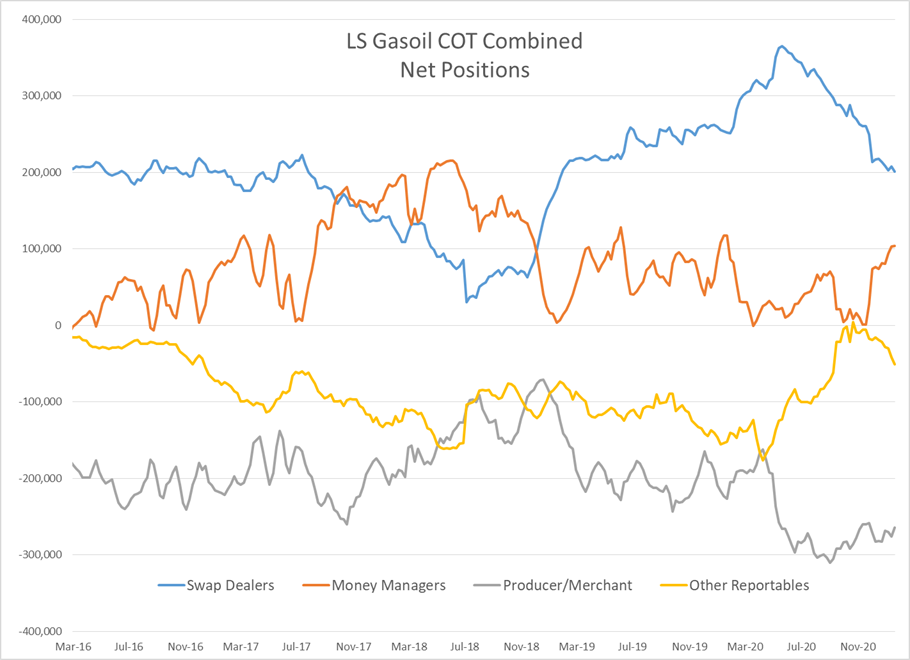