Rising inventory and falling stocks continue to push energy futures lower this week, with WTI trading below $60 for the first time since March overnight, and on pace for its biggest weekly sell-off of the year. A flurry of concerns over European elections and the US/China trade war seem to be sparking a wave of “risk-off” selling that’s hitting numerous asset classes, and some bearish data from the DOE’s weekly report is certainly not helping energy commodities resist the pull lower.

This latest round of selling has tipped short term technical indicators into bearish territory, but unless we see a break and hold below the May lows, it’s too early to say that a trend is forming, and this could just be the latest swing in a choppy market. Both WTI and ULSD broke their May lows overnight, so there is certainly a chance we could get that breakdown yet this week, although it seems less likely since futures often tend to drift higher ahead of a holiday weekend.

US crude oil stocks reached their highest levels since July 2017 last week, even though exports of US crude are holding just under 3 million barrels/day. Refinery throughput rates remain below-average, while output remains just shy of record levels at 12.2 million barrels/day.

Total US petroleum demand is a bit troubling as well for US producers as the past 2 weeks have seen estimates below their seasonal 5 year average, as both gasoline and diesel consumption seems to be lagging in May. If we see a spike in those figures over the coming weeks, the soft reports will be written off to the challenges of estimating demand week by week, but if not, these reports could be the early warning of slowing activity in the US.

The EIA published a new note this morning detailing the issues that caused retail gasoline prices in California to spike north of $4, for the first time in almost 5 years. The good news for consumers on the West Coast is we’ve already seen basis values drop 30-40 cents as refineries come back online and imports are received. With last week’s imports r reaching an 8 year high, it seems like we might see prices continue to decline, unless of course there’s another rash of refinery trouble.

The West Coast is isolated by both geography and a lack of petroleum infrastructure connections to the rest of the United States. In addition, California requires a different gasoline specification than the rest of the country, further narrowing resupply options. These restrictions mean that after drawing down in-region inventories, the next available resupply is through imports from refineries in Asia or Europe. 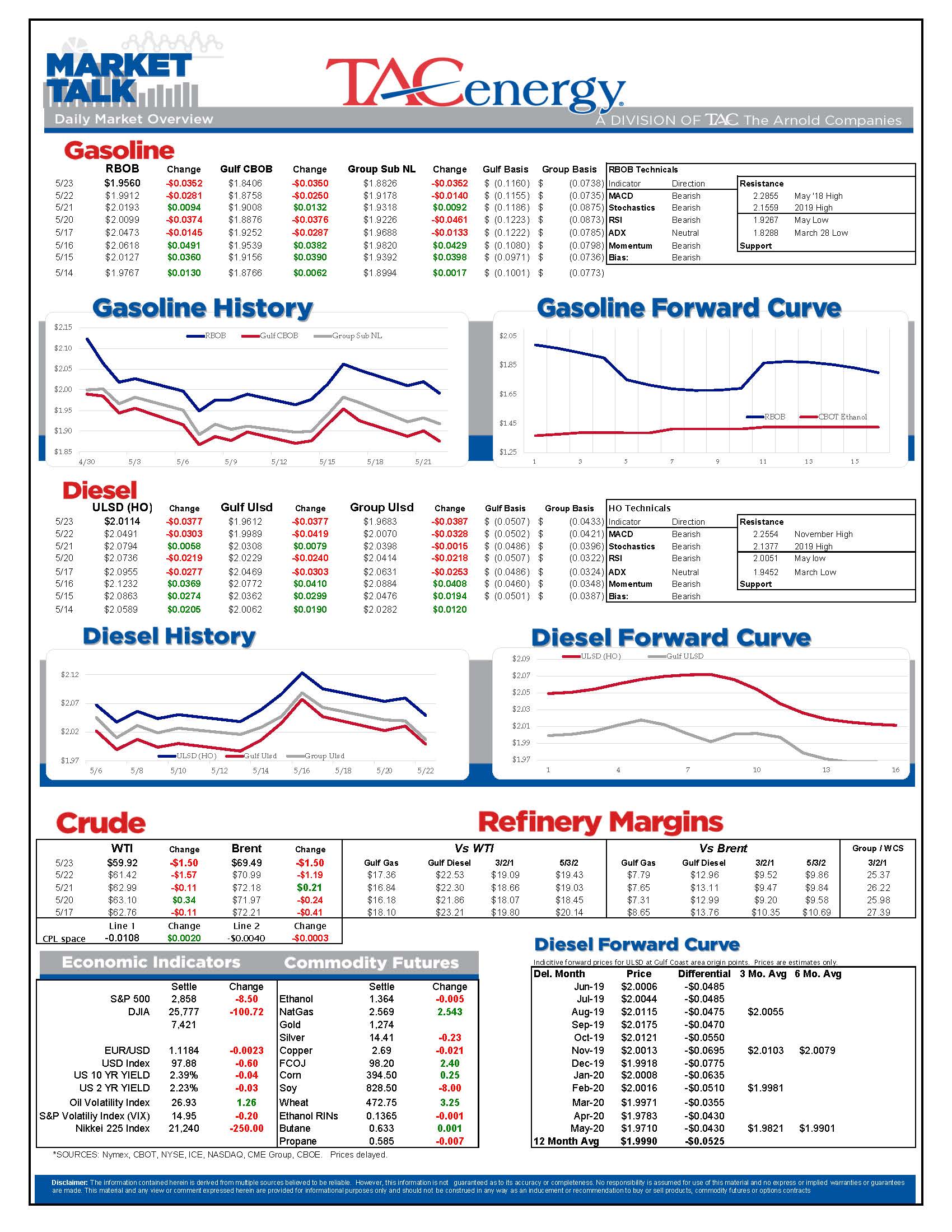 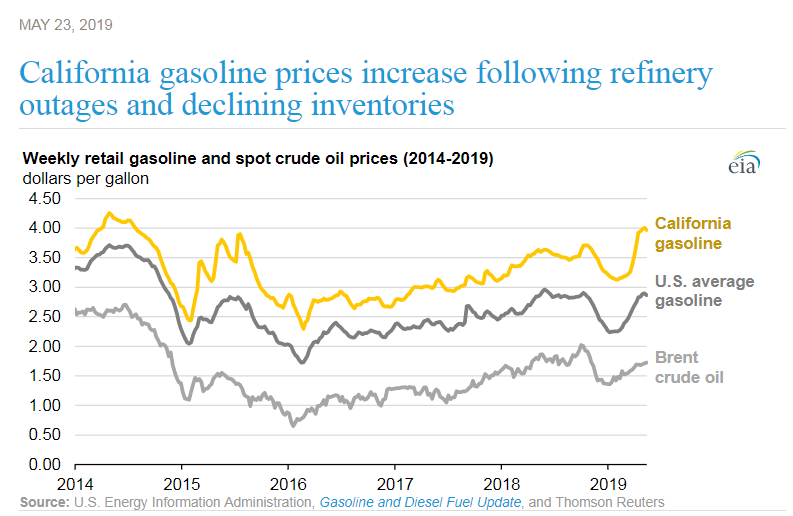 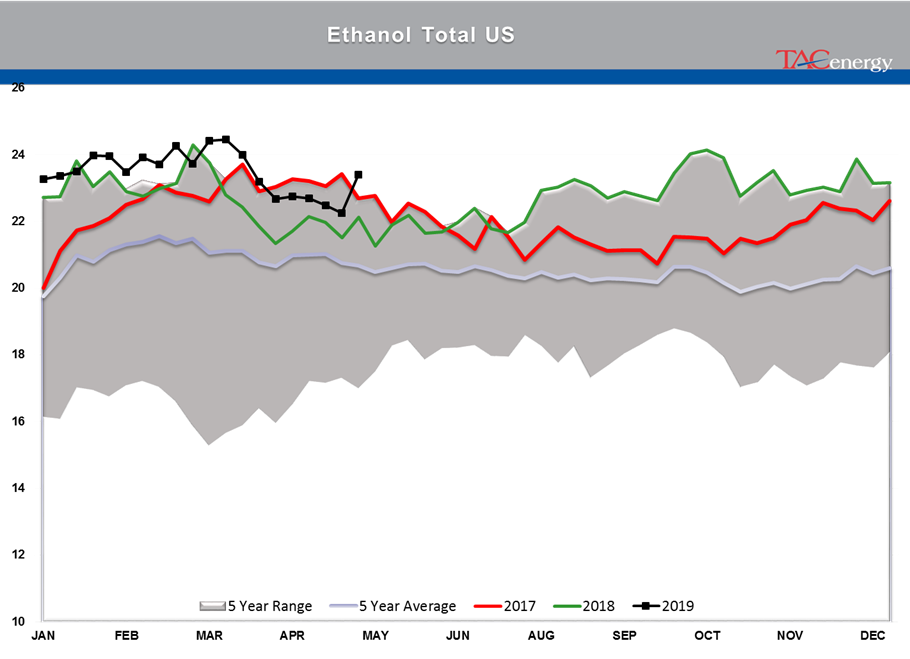