Risk taking has fallen out of favor as markets around the world fall out of bed with heavy losses to start Friday’s trading. Refined product futures are seeing heavy selling this morning, down 13 cents or more in the early going, despite signs from cash markets of supply tightness in numerous spots around the country.

Diesel prices would still finish with 10 cent gains for the week if they settled at current levels, but have dropped 20 cents from Wednesday’s high just a few ticks below the $3.50 mark.  That pullback keeps a downward trend line in place that started from the August 25th high of $4.11, and would set up another test of the $3.14 range in the next week or two if prices don’t rally soon. Ordinarily, those types of swings would make for a busy year, and now we’re used to it happening in a month.

Fiona looks like it will set records as one of the strongest storms to ever hit the Canadian coast this weekend, but appears like it will stay just far enough east to avoid a hit on the Irving refinery in St. John New Brunswick.  Shipping in the region will certainly be impacted as the storm blows through, but the current path appears favorable to avoid significant long term damage to ports.

The storm likely to be named Hermine was upgraded to a tropical depression overnight, and is now expected to hit south west Florida as a category 2 or 3 Hurricane Tuesday or Wednesday.  The Key West and Ft. Myers are looking particularly vulnerable from the path of this system, with Cuba looking like the only thing that might slow the storm’s rapid intensification as it crosses the extremely warm waters in the Caribbean this weekend.  The good news for energy supplies about this forecast path is that it keeps it well east of the oil production and refining zones in the Gulf of Mexico.  That won’t prevent a surge of panic buying in Florida, but it will help resupplies once the storm has passed.  Some models have this storm making additional landfalls on the east coast next week.

It’s been a rough week for refineries around the world. A fire at Husky’s refinery in Ohio killed 2 workers and has sent Chicago basis values soaring. Exxon is shutting down a refinery in France after a walkout of workers, and now Argentinian oil unions are striking after refinery explosion killed 3 workers. While none of those facilities individually will create major disruptions, they are all clear reminders of both the dangers of the industry, and the vulnerability of supply with refining capacity stretched to its limits.

Speaking of which, the West Coast continues to struggle with extremely tight supplies of gasoline that have sent basis values surging $1.50-$2 above futures and most other regional markets. A rash of refinery issues, and no options from neighboring markets for summer-grade gasoline are both contributing to the extreme price action. The big question for the next two weeks is whether or not imports are available to help alleviate this tightness, or if resupplies will have to wait until the market converts to winter-grade gasoline. 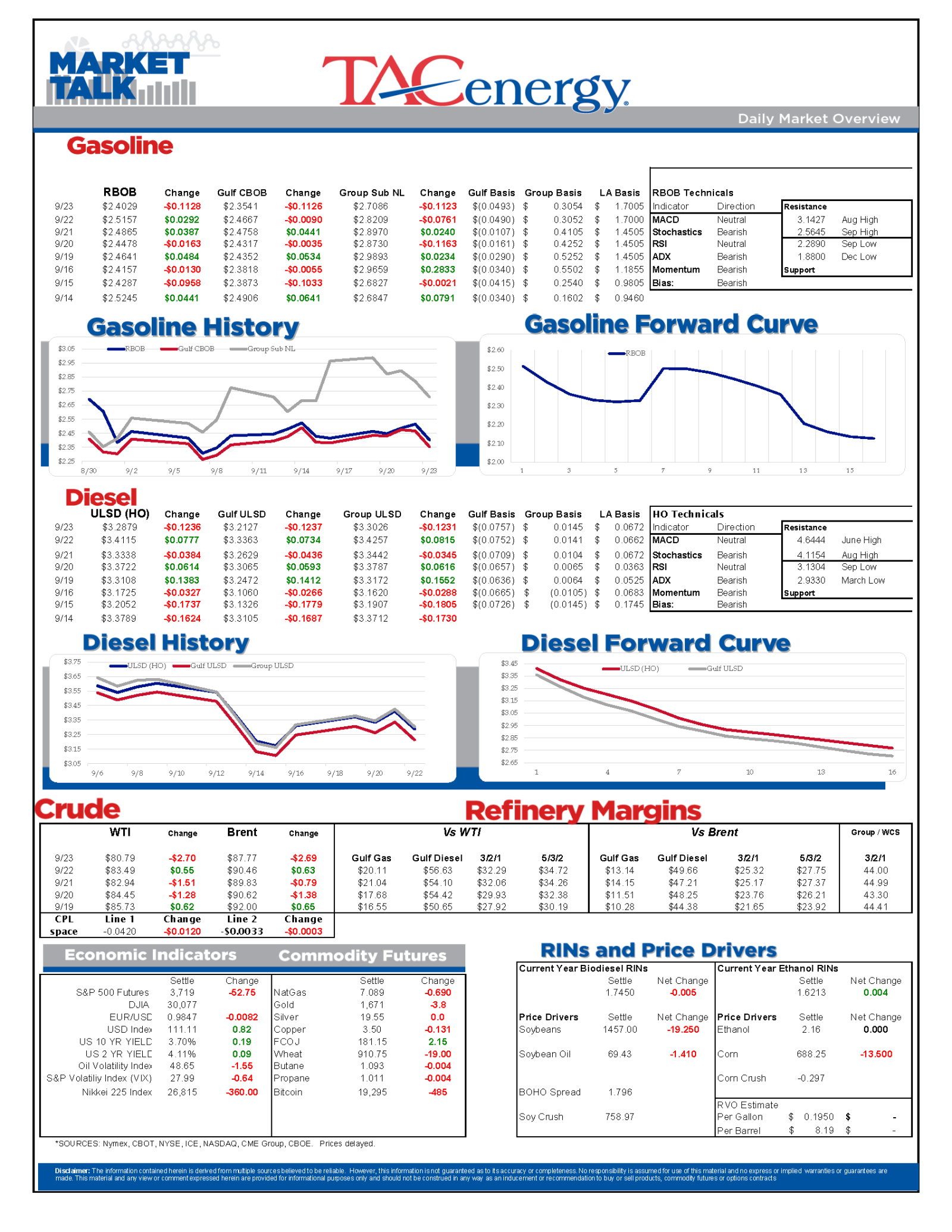 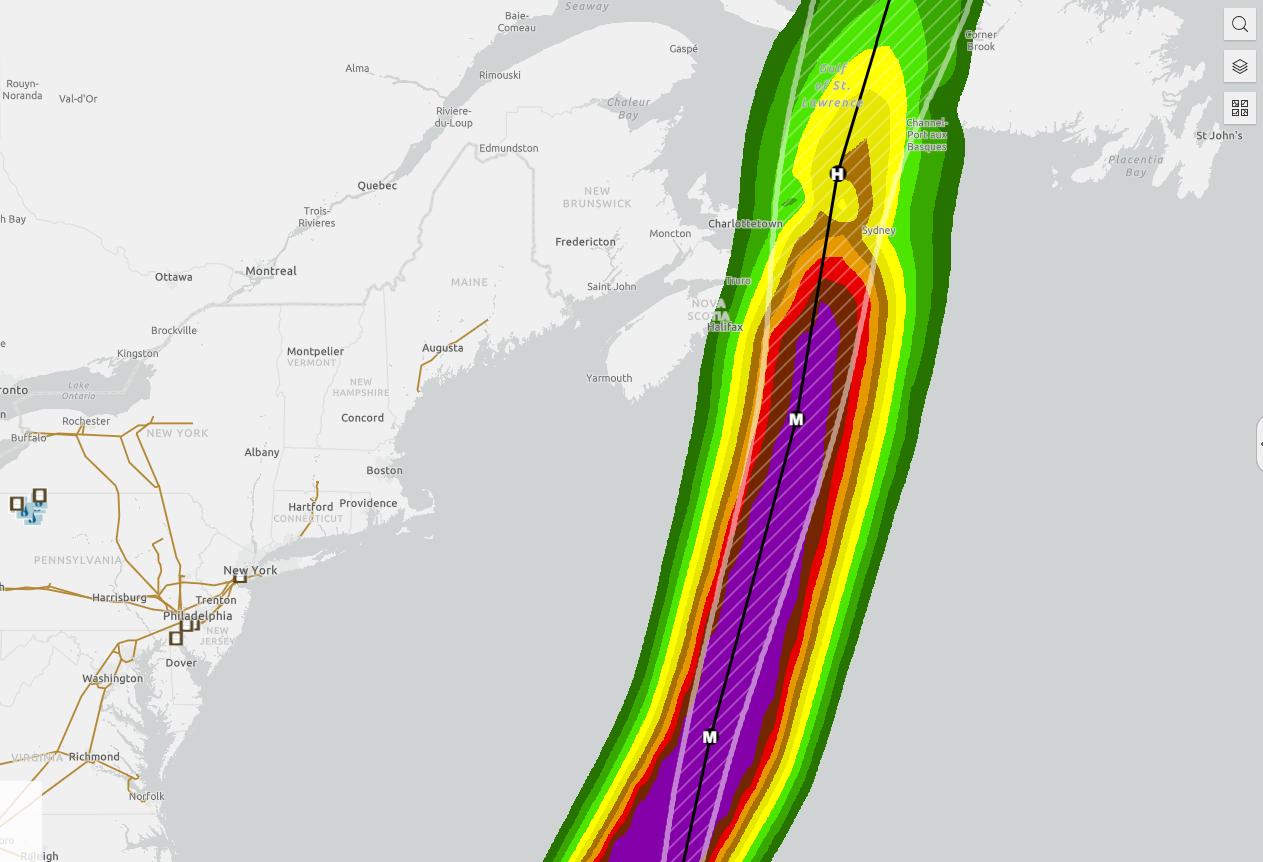 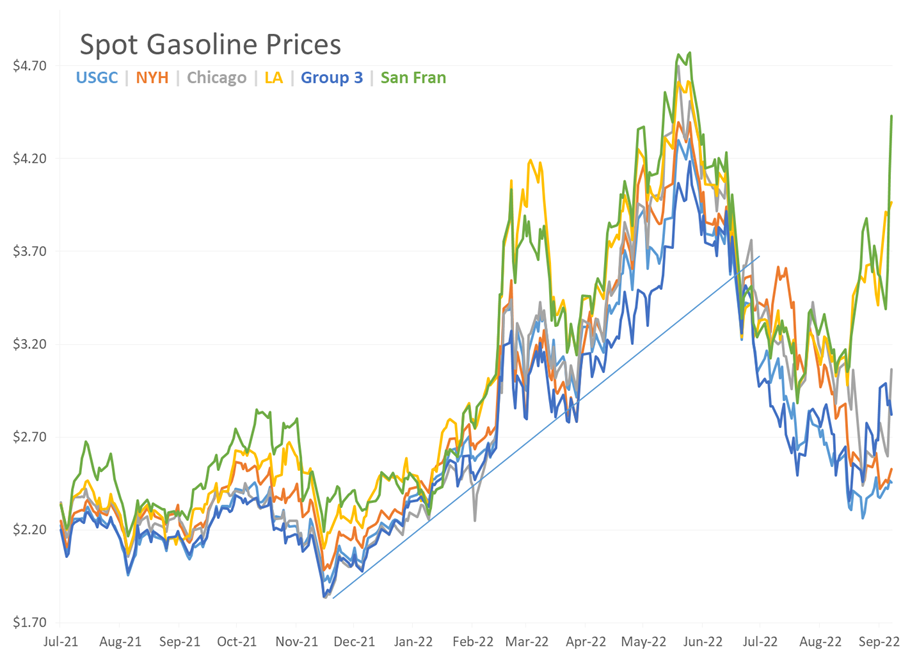