The second quarter is winding down in a quiet fashion so far with minimal moves in refined products, although oil prices are feeling some downward pressure in the early going. From a chart perspective, most energy futures are moving into a neutral territory which suggests the summer doldrums may soon be upon us with choppy but aimless trading to be expected.

July RBOB and ULSD/HO futures expire today, so look to the August (RBQ/HOQ) contracts for price direction this afternoon.

This was an unprecedented six months for energy markets. Remember in January when the U.S. and Iran started lobbing missiles at each other, threatening to send crude to $100/barrel? What a quaint idea that seemed just three months later when prices for WTI went negative for the first time ever, then about 25 minutes later went to negative $40/barrel.

Perhaps most remarkable about all of it is that as the dust is settling, oil prices are ending the same quarter that saw a 350 percent price drop in one day, with their largest quarterly percentage increase in three decades.

Looking back, the second quarter may be remembered as either the ultimate sign of American resilience, with U.S. energy and equity markets rallying sharply in the face of so much fear and uncertainty, or perhaps as one of the biggest head-fakes of all time if those fears come true later in the year.

Refiners aren’t faring much better these days as margins remain tight, and production increases are hampered by the unknown impact of the latest activity restrictions. Some Midwest refiners are also having to deal with the closure of Enbridge’s line 5 – which could become permanent – and is forcing at least temporary run cuts at OH and MI refineries.

Better times ahead? The Dallas FED’s Texas Manufacturing outlook showed a strong recovery in June, indicating an expansion in factory output after three months of steep declines. Similar to the energy outlook published last week, the factory survey shows expectations that most operations will be close to full capacity by the end of the year. That optimism may be a key barometer to watch in July as we’ll get a chance to see whether or not the tighter restrictions at the state and local levels impact these businesses.

After a volatile June, RIN values have been quiet as we approach month end. The possibility of retroactive small refinery exemptions continues to seem to be the market driving ping pong ball in the renewables market, with governors on the ag side of the debate weighing in with the EPA this week. 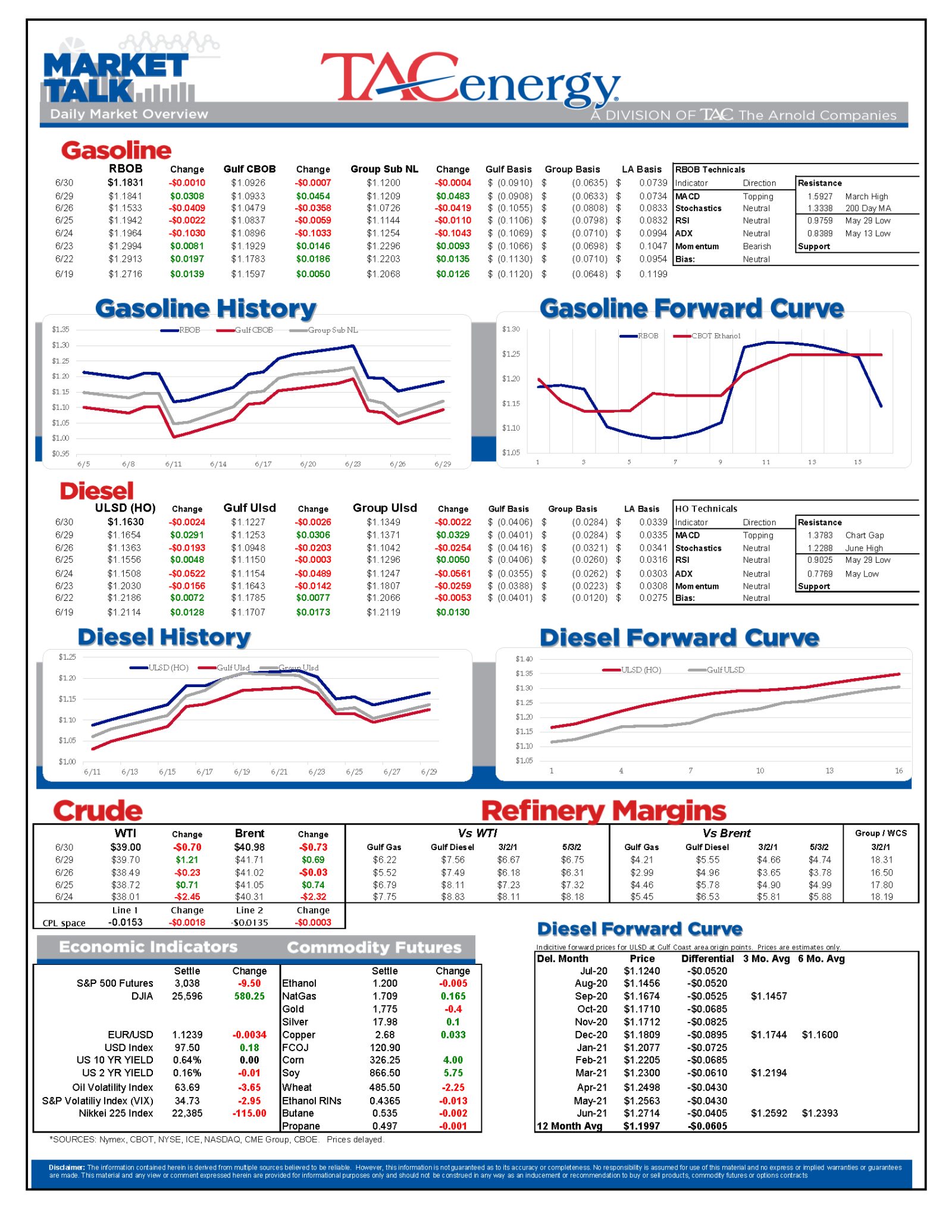 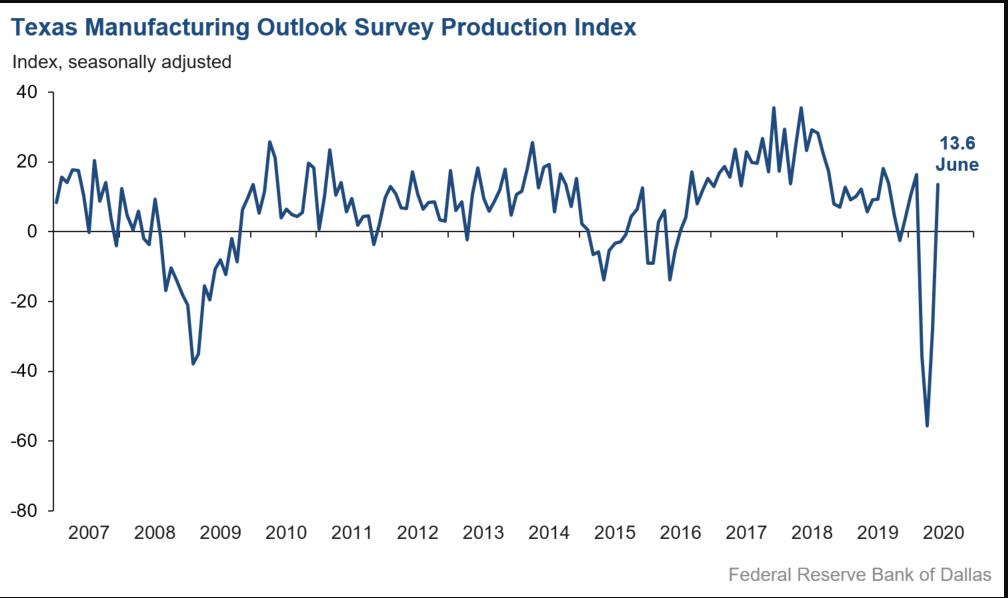 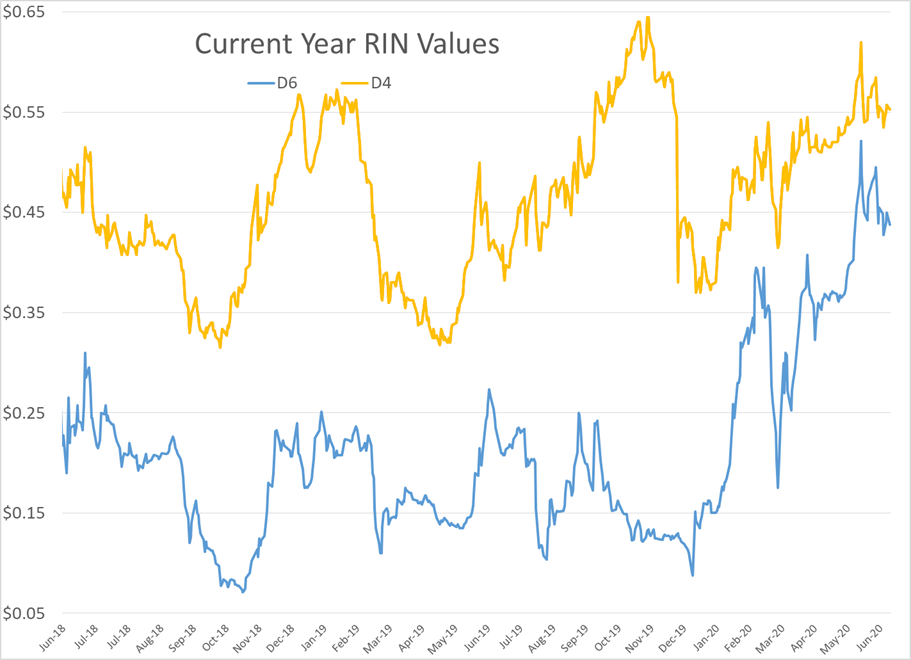