A sizable draw in crude oil inventories as estimated by the American Petroleum Institute inspired after-hours buying in energy futures yesterday. After an already strong day, seeing gains of over $1 per barrel during the formal session, the reported +11 million barrel drop in national crude stores sent WTI futures another 90 cents higher as of this morning.

Tropical Storm Dorian is bearing down on Puerto Rico this morning and is expected to make landfall later this afternoon. Overnight developments have upgraded the storm’s forecast to probable hurricane status as it reaches the American mainland early Monday morning. The entire east coast of Florida and Georgia fall within the storm’s forecasted cone of uncertainty, marking any point along that portion of the seaboard as possible landfall destinations. The anticipated impact to energy infrastructure remains minimal as there are no refineries in the storms projected path however, as we saw last night, things can change quickly.

Likewise, yesterday’s Tropical Depression Six was upgraded early this morning and claimed the 5th named storm so far this season. Tropical Storm Erin’s estimated trajectory is now pointed squarely at Halifax, staying off the US East coast by about 150 miles. However, the estimated path has pulled further east over the last 24 hours which suggests it could still pose a threat.

Futures seem to be shrugging off a slew of bearish headlines going into mid-week: recession fears on lower treasury yields, the possibility of the return of Iranian barrels to the international market, and posturing by China that it expects trade trifles to continue. It will be interesting to see if any of these factors will take hold in energy prices if the Department of Energy’s weekly inventory report (due out at 10:30am CDT) disproves the API’s estimate. 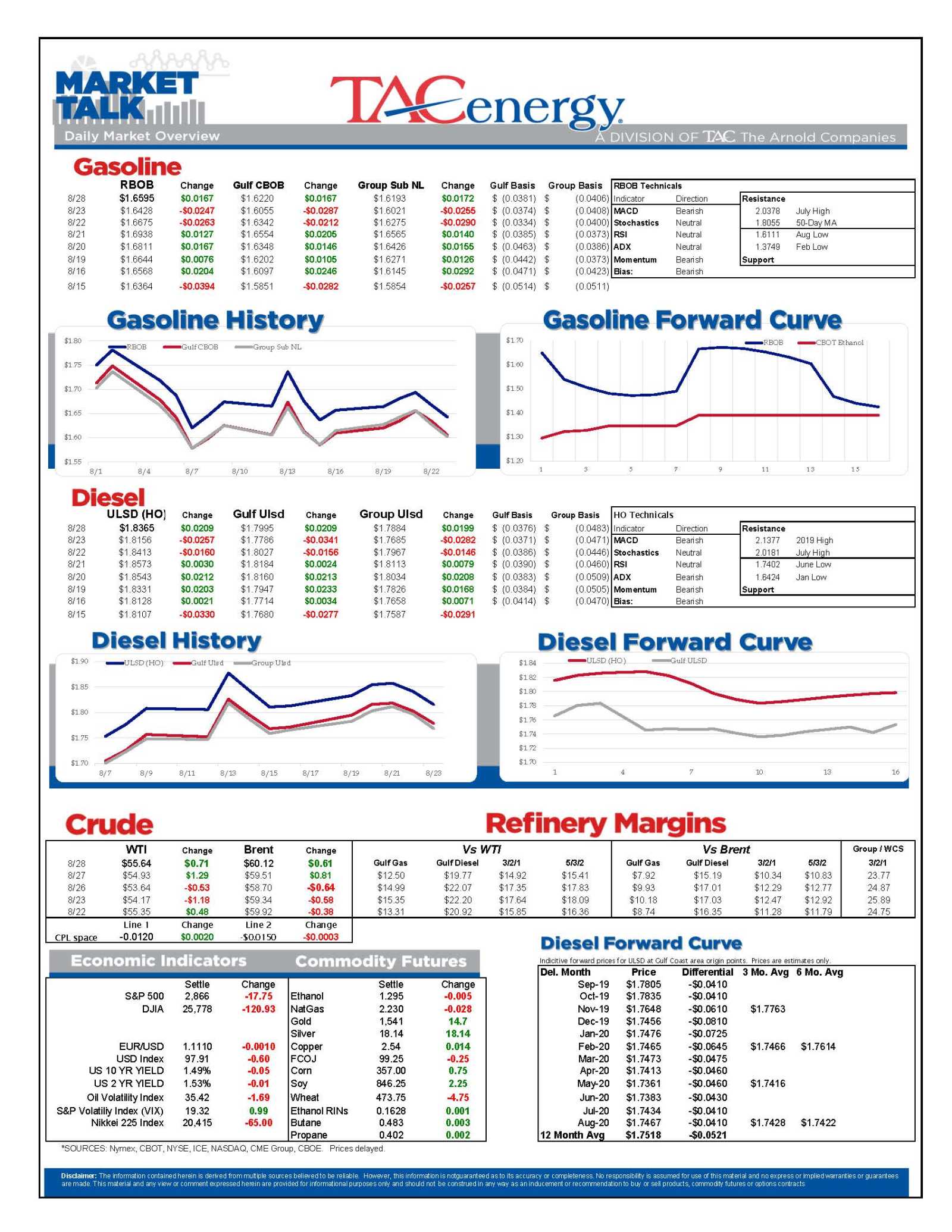 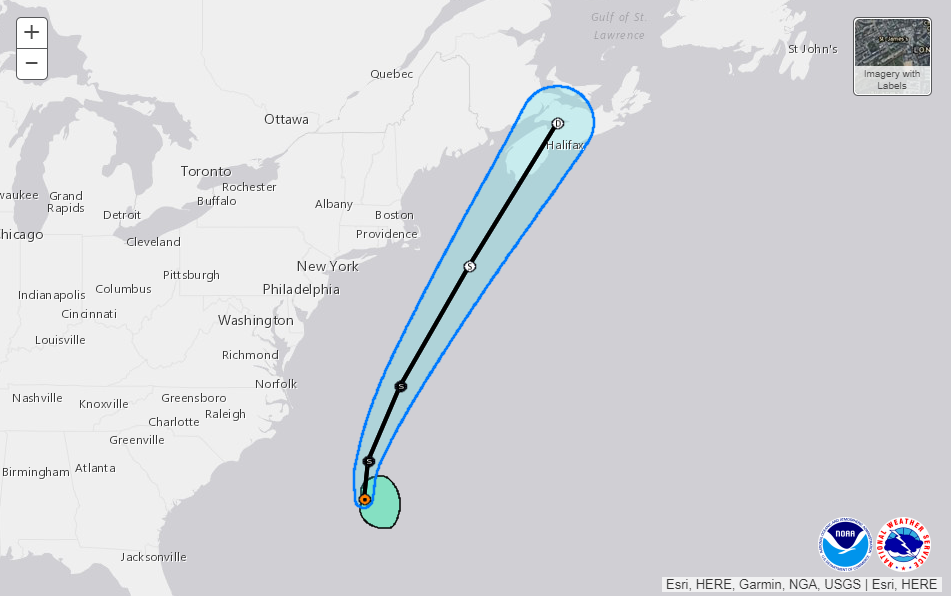