The Spring Breakout rally is on again after recovering from a bit of a 2-day hangover. RBOB gasoline futures are leading the way higher once again, reaching fresh highs for the year, after turning early losses into afternoon gains for a 7th straight trading session Monday. A rally in US equities seems to be helping the early buying spree in energy contracts as we await the weekly inventory reports.

The rash of refinery issues continues to help RBOB spreads push much higher than they typically are this time of year, pushing spot prices in several US markets up by more than 70 cents in the past two months. The Houston ship channel is partially reopened, suggesting that any refinery impacts from the disastrous tank fire and subsequent spill last week will be short lived. USGC basis values dipped Monday on the news.

Note how the Equity/Energy correlation chart below shows the S&P 500 and WTI have been moving in lockstep for several months, but during the past couple of weeks, ULSD has decoupled from both and seems content to move sideways.

Bad news is good news: Once again, US Stocks seem to be reacting positively to bad economic data – in today’s case a low housing starts figure – as it makes it more likely that the FED will lower interest rates again. Already, FED funds futures are showing that traders expect a rate cut later this year.

Plenty of concerns of an economic slowdown continue despite today’s optimism, as bond markets continue to flash warning signs. If you’re wondering what all the hype is about with the treasury yield curve, take a look at the chart below. The last two times we’ve seen an inverted curve preceded little things known as the dot-com bubble, and the great recession. 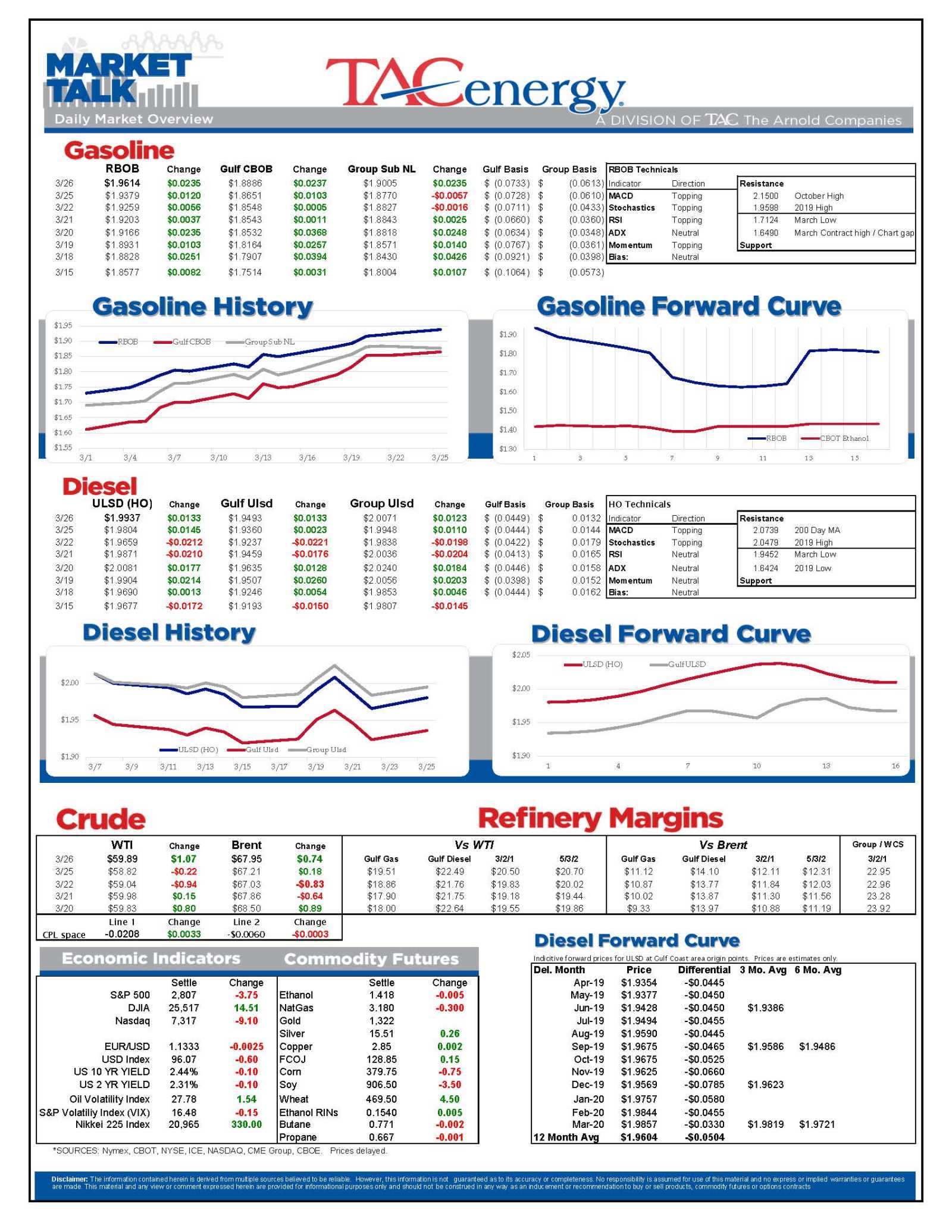