A surprise build in crude oil inventories as reported by the American Petroleum Institute weighed on energy prices yesterday afternoon. The Institute is estimating a 1.4 million barrel build in crude stocks last week along with a build in gasoline and draw in diesel of +1.9 million barrels and -2.2 million barrels respectively. Despite diesel’s drawdown, the complex is selling off this morning losing 1.5%-2% across the board.

A trio of tropical systems, all in different stages of hurricane progression, are churning in the Atlantic basin. Post-hurricane tropical storm Jerry is expected to stay out to sea and hit Bermuda later tonight while Hurricane Lorenzo is expected to upgrade into a major hurricane by Thursday out in no-man’s-land in the Mid-Atlantic. Tropical storm Karen seems to be the system to watch as it’s forecasted to head north and hook west towards an already battered Bahamas. Another system has popped up in the southern Gulf of Mexico but odds are low (10%) of it organizing in the next 5 days.

Markets seem to be taking a risk-off approach in light of dual headlines sparking concerns of global political and economic turmoil:

The European Manufacturing PMI, the index used to quantify general sentiment in manufacturing and service sectors of the economy, has reached an 83-month low, the lowest level in nearly seven years.

The Democrats of US Congress have formally launched a presidential impeachment inquiry. While an impeachment seems unlikely, the process itself could impede any progress on a resolution to the US-China trade war.

The EIA’s weekly inventory report is due out at 9:30am CDT. A contrary draw down in crude stocks could help stem off further selling but for now the market seems content fading lower this morning amid bearish sentiment. 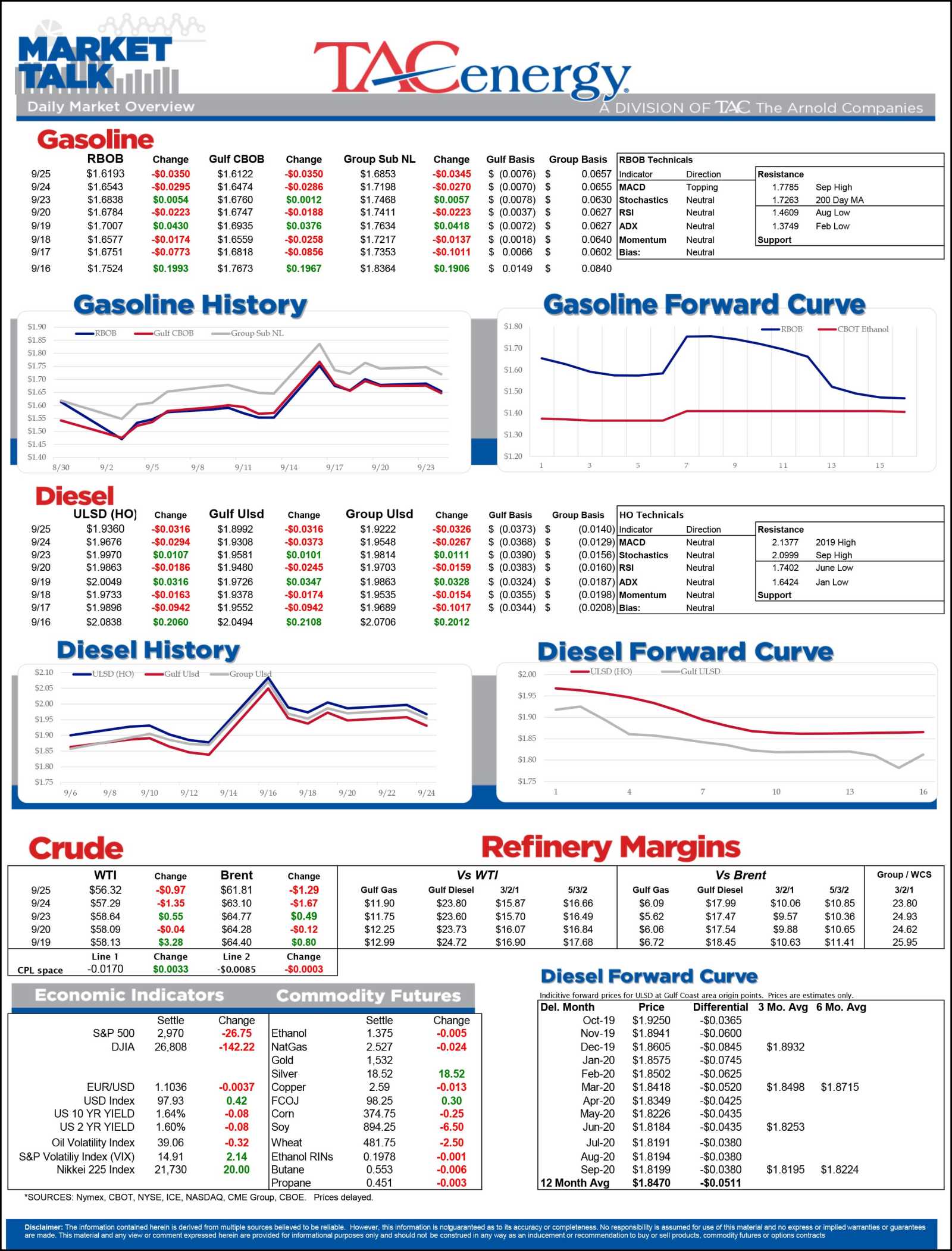 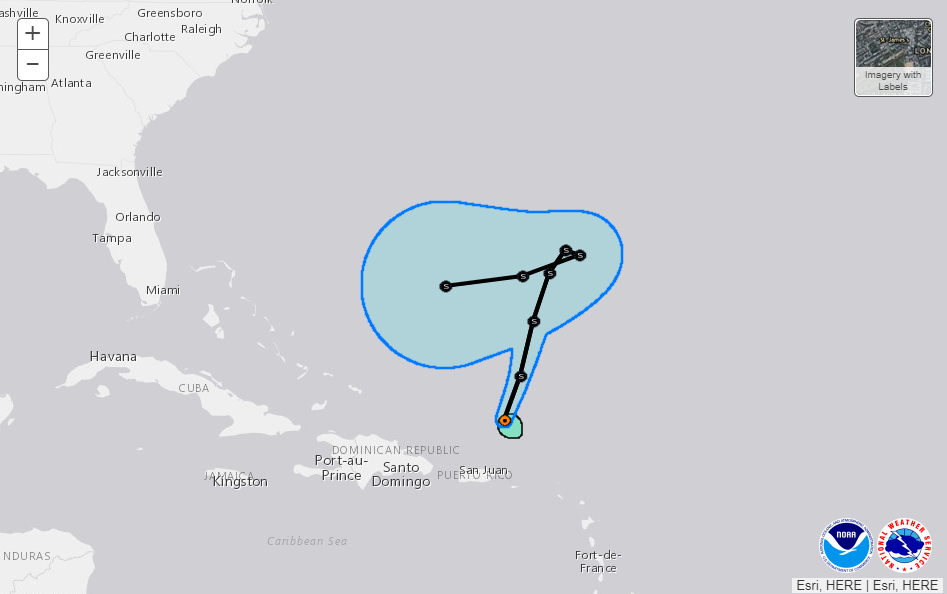