In late 2021, TAC Air commissioned Pacmin Studios to create a replica B-17G airplane model display to honor the rich heritage of the airport, which was once Amarillo Army Air Field.

TAC Air renovates its FBOs to showcase the beauty and history of its locations. In Amarillo, Texas, they adorned the lobby with a massive, suspended airplane model display of the iconic B-17G bomber, affectionately naming it the Amarillo Star.

The Amarillo Air Field was once home to the USAAC Aircraft Technical School, which trained mechanics and technicians to repair B-17s during WWII. Those that graduated from this program became known as the “Guardians of the B-17.” The Amarillo Star model honors this local legacy.

Through the installation process, passersby recounted memories evoked by the model. Richard Layson, TAC Air Director, Operations West, recounts a customer’s reaction as the model was carefully uncrated. “He noticed what was in the [crate] and immediately asked, is this a B-17? I responded to him it was. We would be hanging this in our lobby. We, TAC Air, recognize how important this aircraft was to the city of Amarillo.

“He began to tell me that his father was a [WWII] veteran who was the tail gunner in a B-17 during the war. He had said his father was shot down and taken as a POW and held captive and almost died in the German encampments. He began to tear up as he recounted the story of what his Dad had done and how that aircraft meant so much to him and his family. He was so privileged to see this and would be bringing his siblings to also see such a great replica.”

After the B-17G installation, Richard stated, “It was so clear to see that in these stories that this aircraft has such a generational impact on their lives. I am so proud to have worked with [Pacmin Studios] on this project and to have our military customers be represented in this way.”

The fabricated model pays homage to the famous B-17G “Memphis Belle.” It features an iconic olive drab and neutral grey paint scheme. Tad Perryman, TAC Air VP of Marketing, stated, “The nose art graphic [for the Amarillo Star] was designed to reflect similar artwork painted on aircraft by pilots and crew as a means of identifying one another, and later becoming a way to remember what’s waiting back home. The serial number of the aircraft painted on the stabilizer in yellow represents the date TAC Air was established as the FBO at Amarillo, TX, November 1. 1993.”

Fabrication of the B-17G model took several months. The finished 1/5 scale B-17G model is 14.8 feet (4.5 meters) long and has a 20.8 foot (6.3 meters) wingspan. It is displayed suspended at a bank to give the illusion of flight and highlight the model’s intricate detail and craftsmanship. The model is visible outside the FBO through the upper entrance windows and greets all who enter.

Read the full story on pacmin.com > 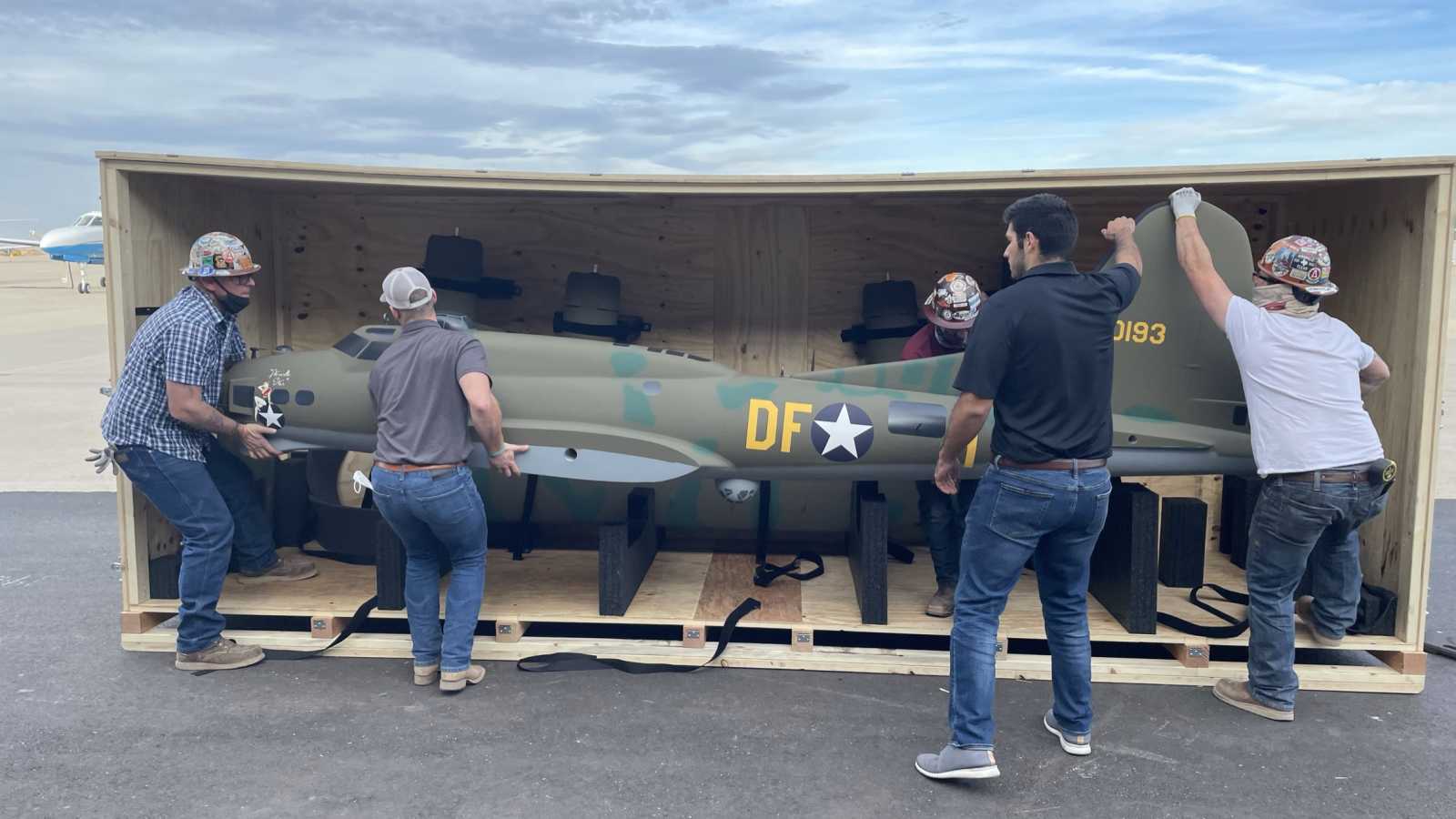 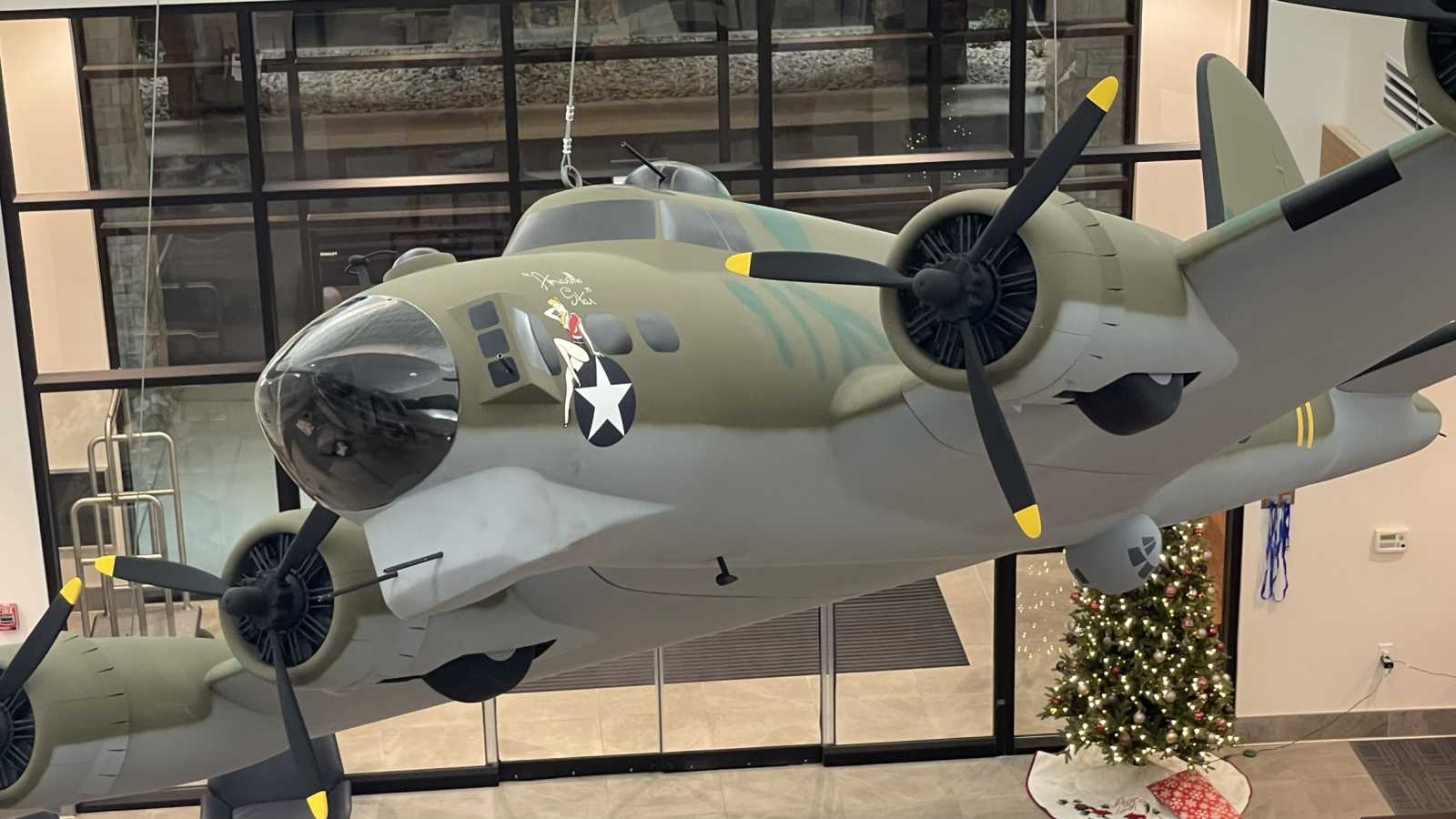 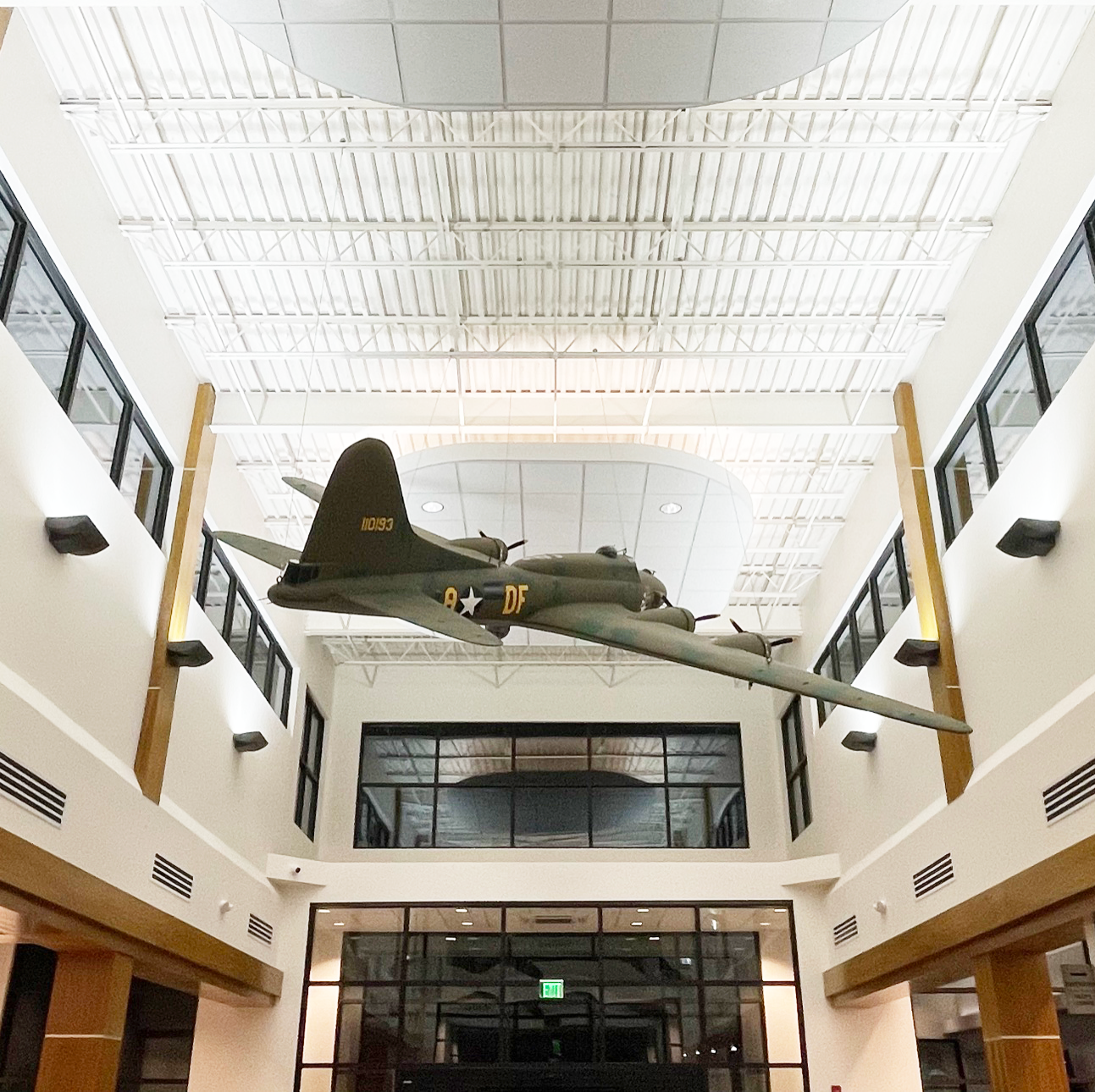