Taking A Trip To The Edge Of A Technical Cliff

Energy futures took a trip to the edge of a technical cliff Thursday morning, but managed to pull back and return to safer territory, keeping the sideways trading pattern intact. All of that excitement happened in just over an hour of trading as product prices started plunging just before 9 a.m. Central Time, and were trading some eight cents lower by 9:20 – setting new lows for the month in the process - only to take back most of those losses by 10 a.m.

The move coincided with a similar short-lived wave of selling in equity markets that suggests fear control for a while following some shocking headline drops in GDP & Q2 earnings releases. As those numbers were digested, and it became more clear that the numbers weren’t as bad as many were predicting, prices quickly recovered.  If prices can hold on near current levels today, July should be seen as a modest victory for energy bulls as crude & products all managed gains despite the setbacks in reopening plans as COVID cases surged.

Today is expiration day for August ULSD and RBOB contracts, so watch the September (HOU/RBU) contracts to see where rack prices are heading tonight. September is the last month of summer-spec RBOB, which typically means increased volatility in spreads as inventory holders try to minimize their annual write-down of more expensive grades. Given the depressed demand environment and near-record inventory levels, this annual transition could be even more interesting than normal this year.

While refined product prices have been stagnant for most of July, ethanol values have been on a roller-coaster ride, which is pointing lower this week. After reaching multi-year highs early in the month, values are now hitting two month lows as tight inventories in regional hubs appear to be healing.

No surprise here, Isaias was upgraded to hurricane status even though early models suggested it would not reach that strength. The good news is the storm’s path continues shifting east, which should limit the impact to Florida and the SE coast as long as it doesn’t shift back in the next couple of days. There are two new systems being monitored right behind this storm, as the record-setting pace of Atlantic activity shows no signs of slowing.

This morning, ExxonMobil reported a $1.1 billion loss for the quarter, even after adding $1.9 billion in inventory gains due to rising prices during the quarter.  It’s worth noting that Exxon released the report on its website this morning as the SEC’s filing system appears to be having technical difficulties on one of the busiest days for quarterly earnings reports.

Valero had a similar report yesterday, with a large inventory write-up offsetting operational losses. Valero’s refineries ran only 2.3 million barrels/day in Q2 this year, vs. 2.9 million last year, and only its mid-con plants had positive earnings of its four refinery regions. 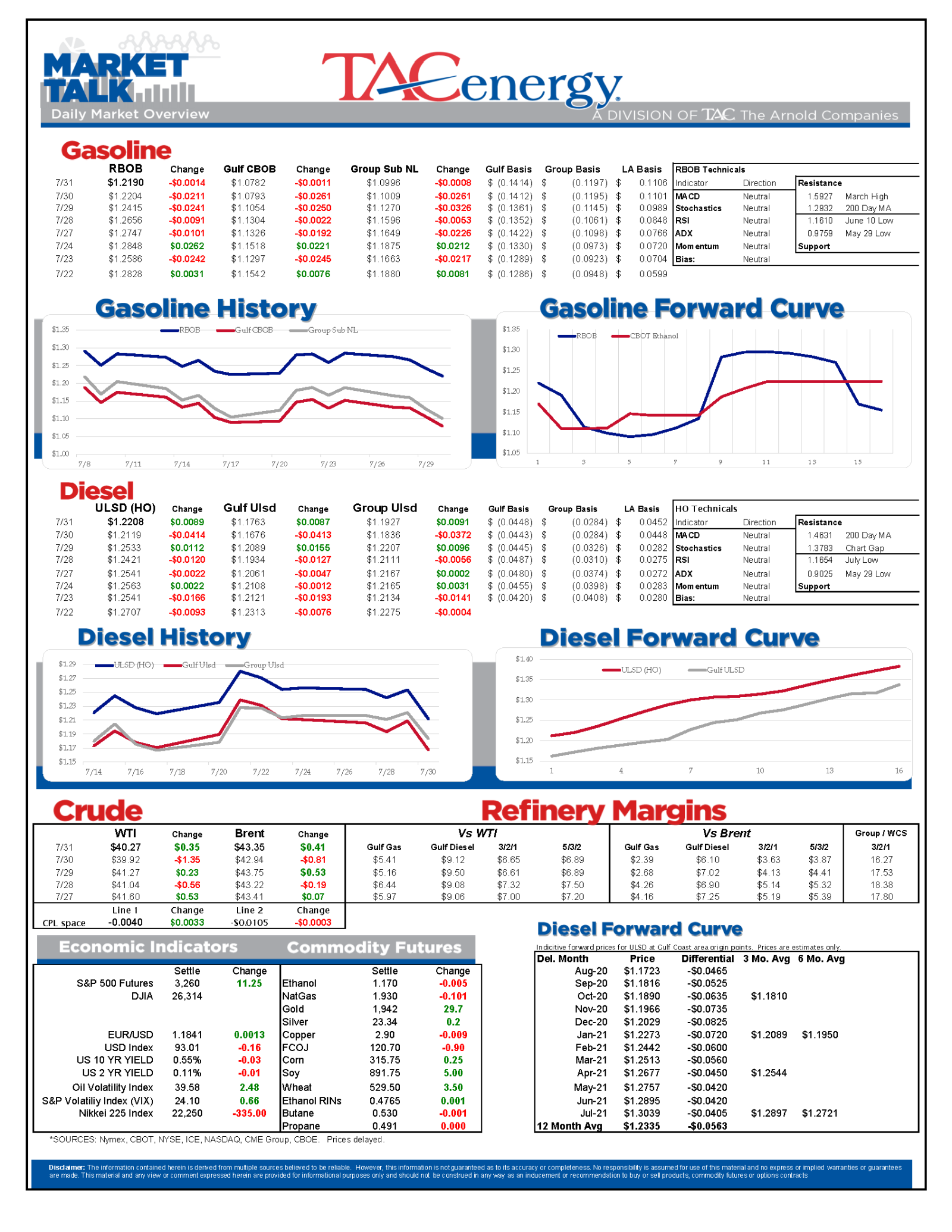 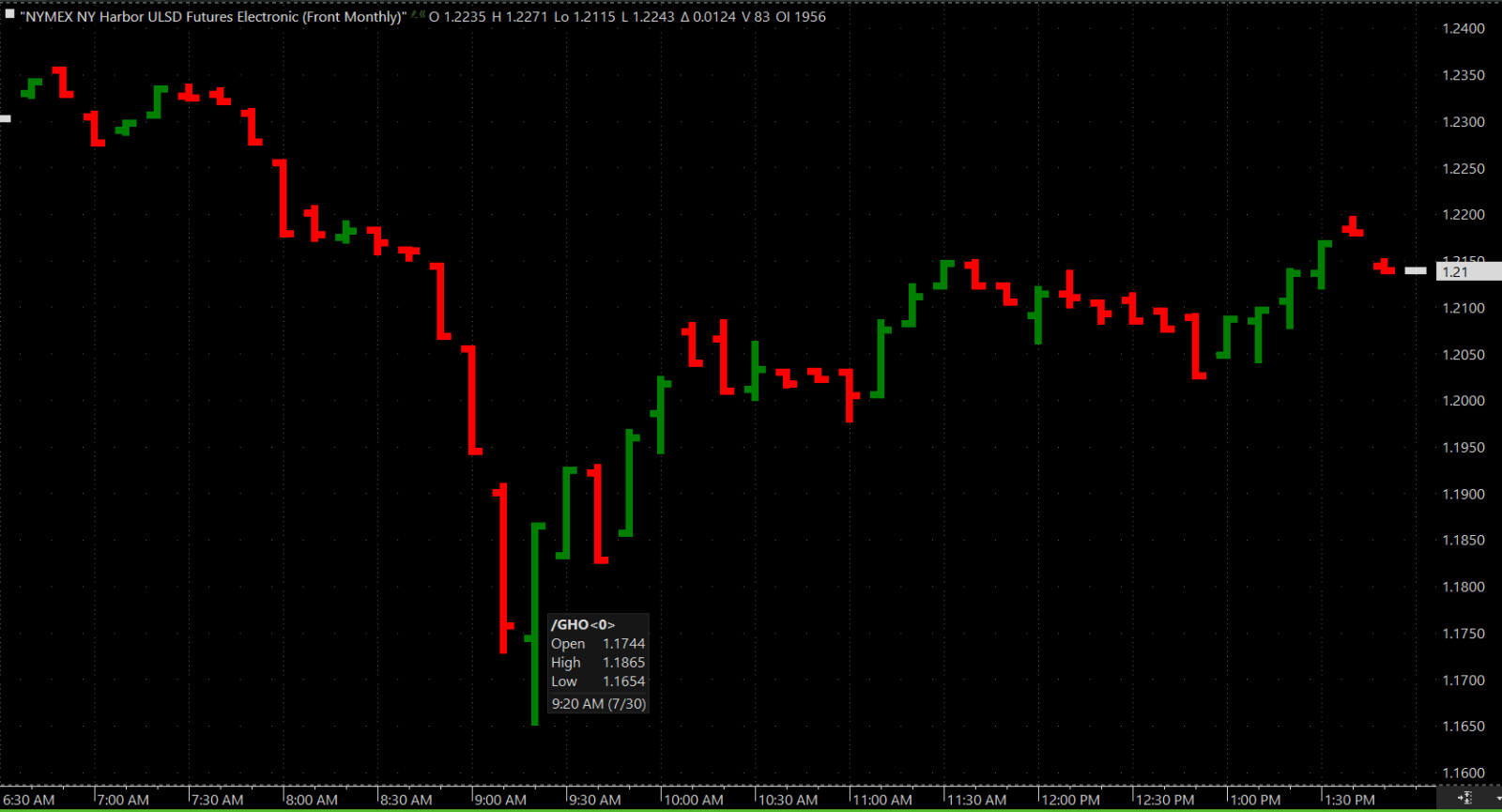 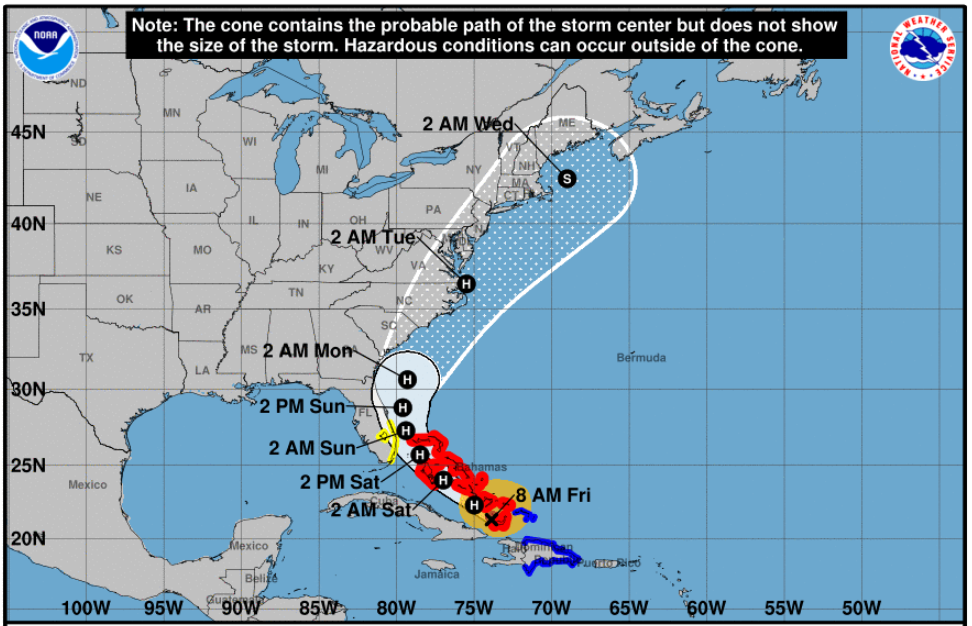