The rumor mill is hard at work this week with multiple reports of new ideas coming from the White House to ease high fuel prices – which were already on a path to easing themselves – now roiling prices.

Monday morning saw reports that the White House was considering a release of the North East Strategic Heating Oil reserve to ease diesel prices in the region, but the market seemed to largely shrug off that news as prices had already fallen more than $1/gallon in the prior week, and a 1 million barrel release would do little to improve inventory levels that are 20 million barrels below their average, and 40 million barrels below where they were 2 years ago.

Monday afternoon after the close another report suggested the White House was also considering pollution waivers on gasoline to lower prices this summer. RBOB futures dropped more than a dime following that report, and held those losses overnight, even though there were no details about what those waivers would be, and as we’ve seen with previous emergency waivers, the NYMEX specs probably won’t change anyway.

The EPA announced Monday that it would publish its 2023 RFS targets by next April, as part of a settlement over a lawsuit for the agency not meeting its deadlines for the program which has forced the industry to guess at obligations for years. The agency is also expected to finalize the 2021 and 2022 RVOs – which should have been finalized 6-18 months ago – by June 3.

California Carbon Credits meanwhile plunged to a new low Monday south of $100/LCFS credit. This is bad news for producers of renewable fuels as their subsidy is rapidly shrinking. In January of 2021 producers of Renewable or Bio diesel with a CI score of 30 were receiving $1.65/gallon from the LCFS credits generated, and today those producers are “only” receiving around $.77 gallon. Don’t feel too bad however, that 77 cents/gallon is still on top of the $1/gallon Blenders Tax Credit (which is set to expire at the end of this year) and the $1.5-$3/gallon in RIN subsidy depending on the product.

D4 RIN values may prove particularly pivotal for producers as the increase in RIN values over the past 18 months largely offsets the drop in LCFS credit values, and may help keep some products heading for the US West Coast that may have otherwise gone to Europe. 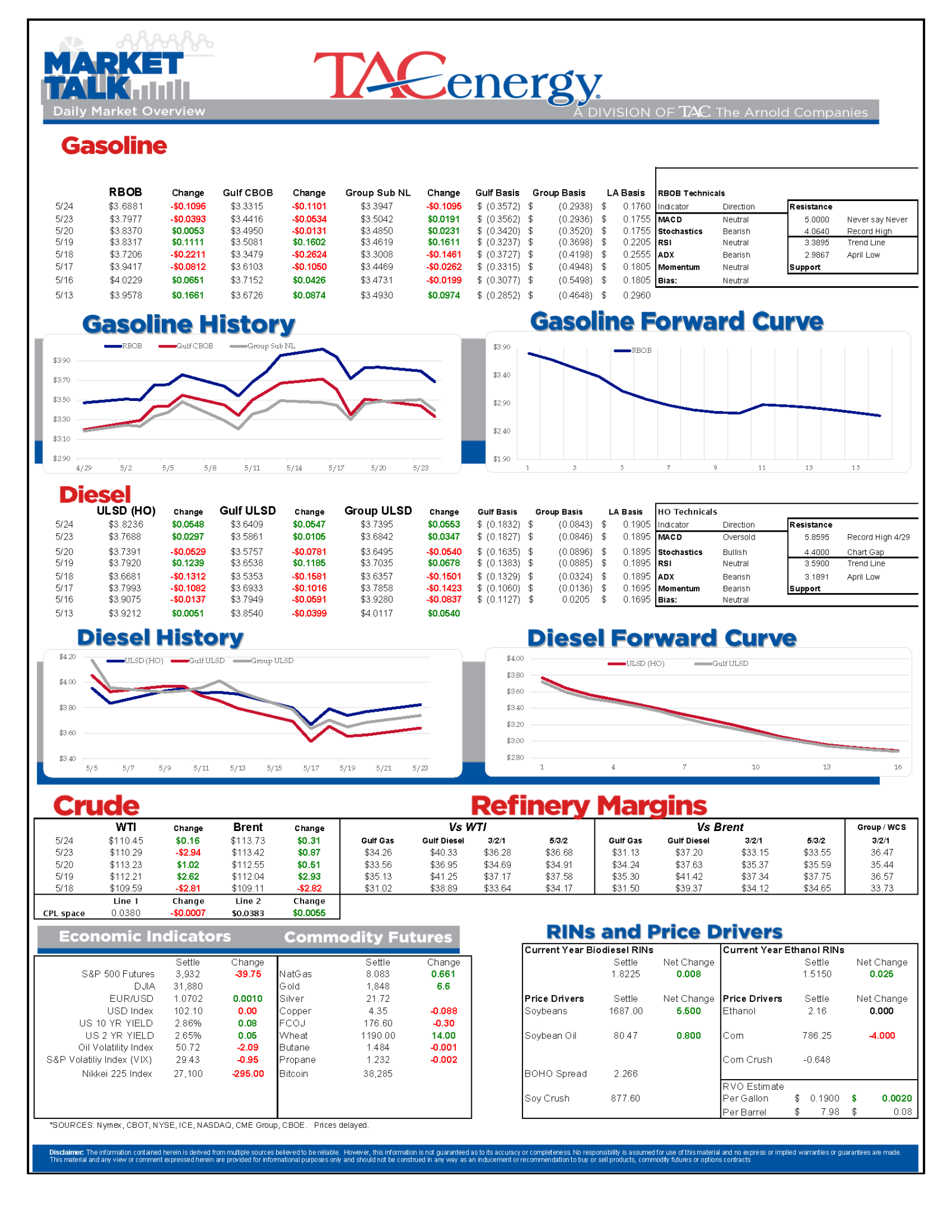 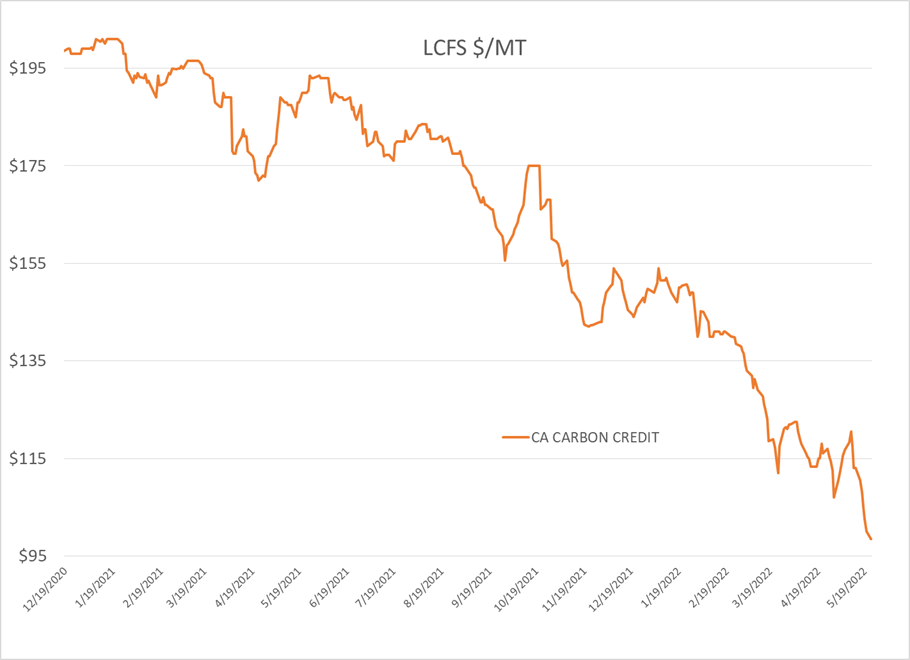 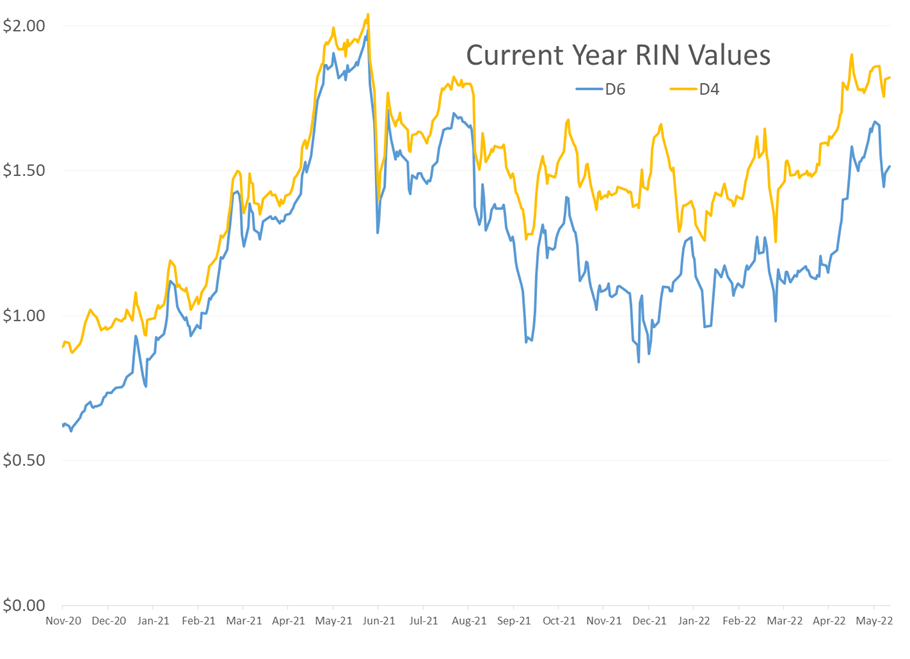